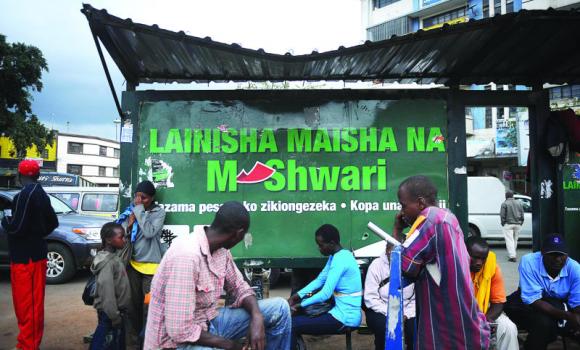 M-Shwari is Kenya’s most popular micro-loan service that is easily accessible to the vast majority of the Safaricom subscribers. There are other services in the market such as Equitel, KCB Mpesa, M-Coop Cash etc.

One weird trend common with these loan services is that almost a third of the total loans are taken between 3am and 5am. You would think this is being done by people leaving nightclubs but surprisingly its actually someone else.

Here is an explanation from NTV’s Wallace Kantai after having a conversation with CBK governor Patrick Njoroge:

Was told a very interesting story by the Central Bank Governor: Turns out that, for one of the mobile phone credit services, up to a third of loans are taken between the hours of 3 a.m. and 5 a.m. Most are repaid within twenty four hours. When the CBK dug deeper into this statistic, here is what they found out: a mama mboga (fruit and veg seller, for the non-Kiswahili speakers among us – typically a woman) will be awake at that hour, and borrow around 5,000 bob.

She will then send money to her wholesaler at Marikiti. Once she’s placed her order, she then sends money to her mkokoteni – handcart – dude, who knows where to drop off the consignment. She then wakes the children up, prepares them for, and dispatches them off to, school. She then calls her nduthi – motorbike – guy, who picks her up at home and drops her off at her trading location. She trades all day, and by evening, repays the mobile loan, only to begin the process again a few hours later.

Kenyan – and African – economies are wondrous things. While technology for some may be about drones and AI, with fancy terms like Fintech thrown in for good measure, the humble mobile phone has revolutionized lives.