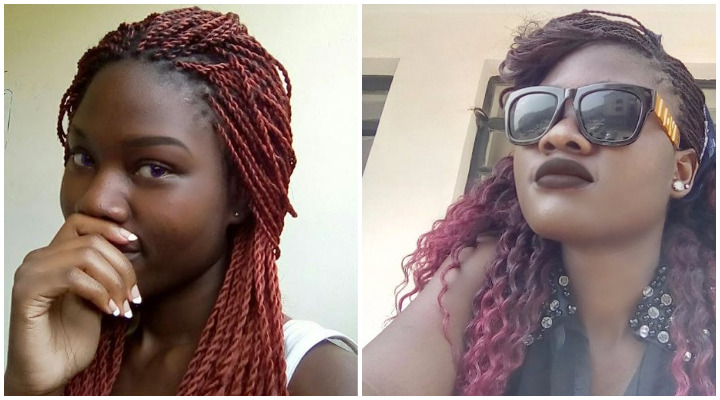 An customer care employee at Orange Kenya was in problems after he the screenshots of the messages he sent to one of the female customers were shared on social media.

A lady by the name Laura Wambi went ahead to tweet Orange Kenya the screenshots complaining that her customer privacy had been breached. It seemed that Laura had earlier visited the Orange shop and got served by the guy. He liked what he saw and got her number from the registration sheet then texted her later that night. Laura wasn’t impressed. 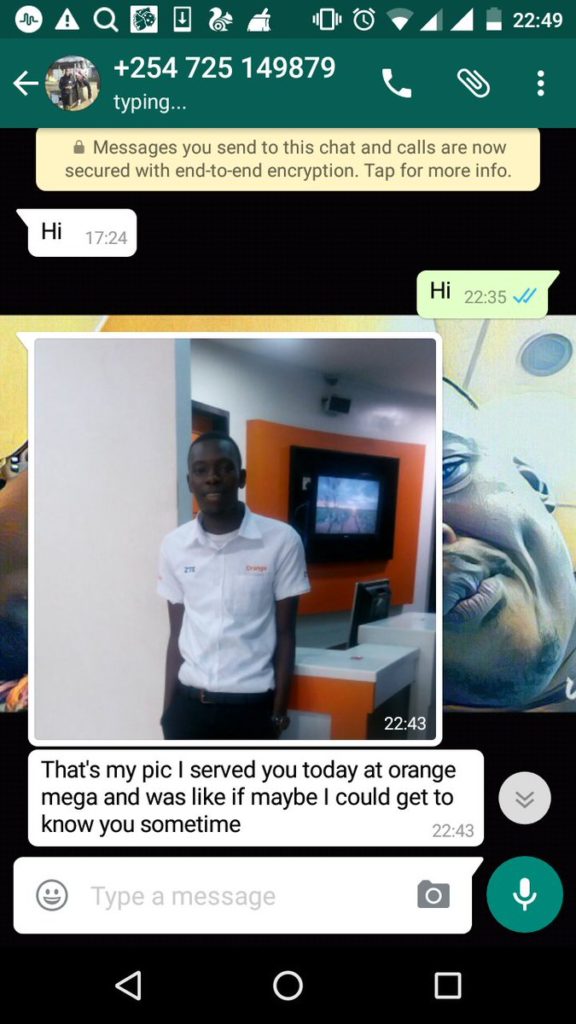 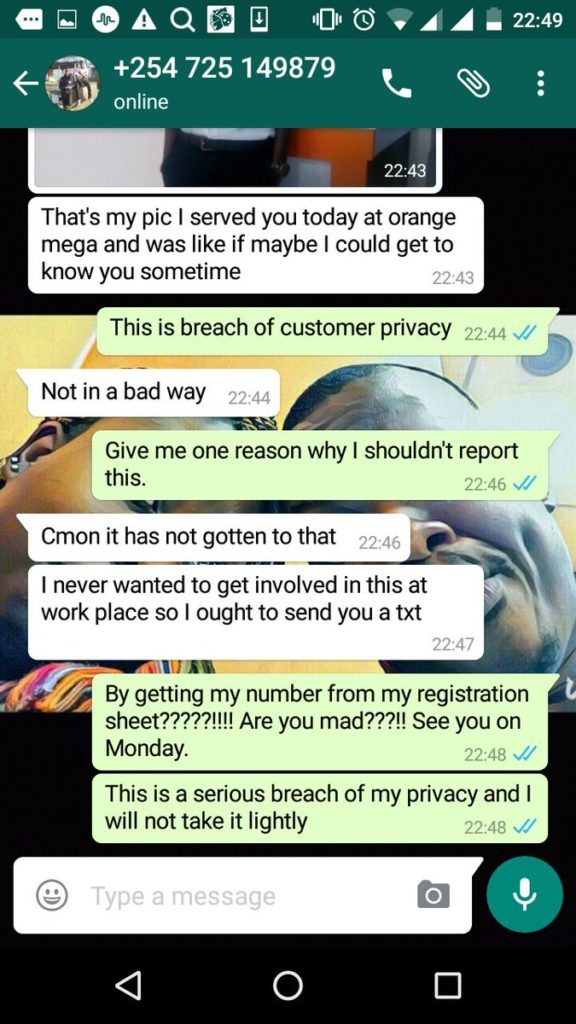 She quickly shot a tweet to Orange Kenya, the guy’s employers, to express her displeasure. 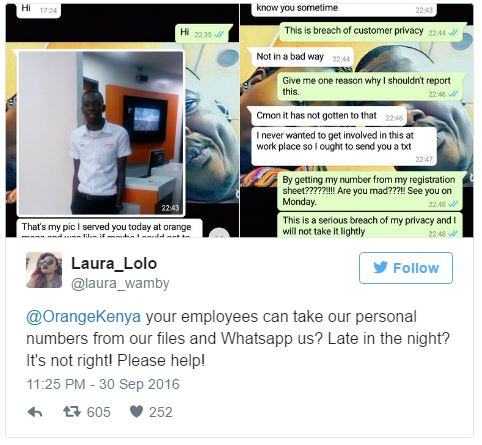 Orange responded by saying the matter is being looked into and will be addressed.

The tweet went viral all over social media and many people took the guy’s side claiming Laura had gone too extreme bring the matter public.

@laura_wamby @orangekenya That is very bad ,You should have just said no to him or let him apologise. He inboxed 17:24 you replied 22:35 pls

@OrangeKenya @laura_wamby Kindly do not fire your otherwise brilliant employee because of one psychotic customer.we all make mistakes.

@Shirley_Sein you know! Sure it was wrong but putting it all out like that? Poor dude is even losing his job now

Even Kilimani Mums shared their opinions 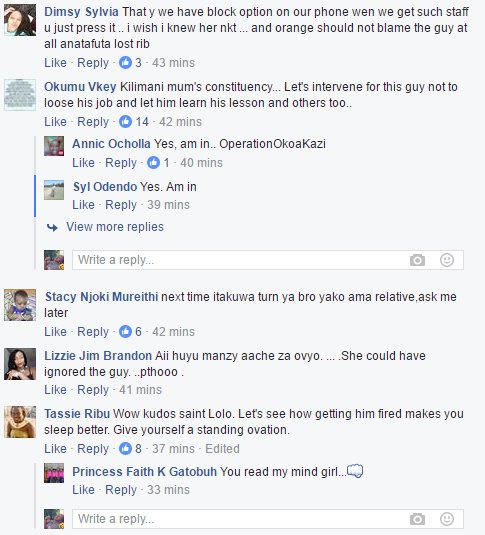 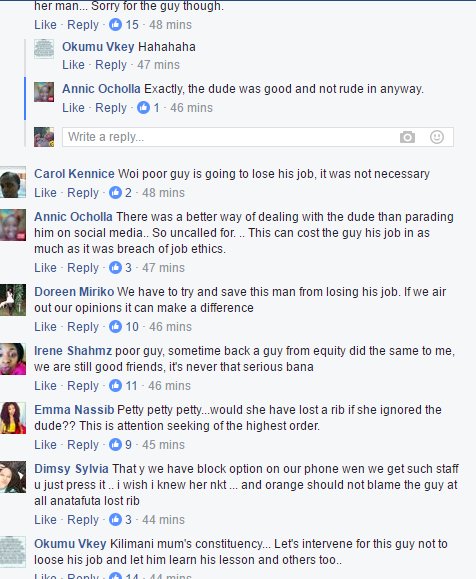