Whoever said Kenyan men are not romantic is definitely wrong since there are some romantic ones out there. 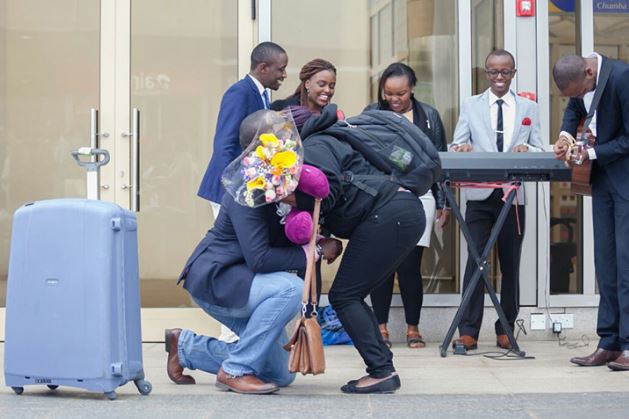 A man by the name Anthony Buluma Samba decided to propose to his girlfriend, Gattie Nthiiri, when he went to pick her up at the Jomo Kenyatta International Airport bringing business to a standstill at the arrivals terminal.

He got some help from his friends who held up placards written “Gettie Will You Marry Me?”. As the lady approached he went down on one knee immediately, with a bunch of flowers in hand.

“This is God’s doing. I give Him the glory. He is worthy to be praised. Thank you all who took part in making this real. To Gettie Nthiiri you are my choice. I found you and discovered a beautiful thing. You are my love; may God be our guide,” said Mr Bulama 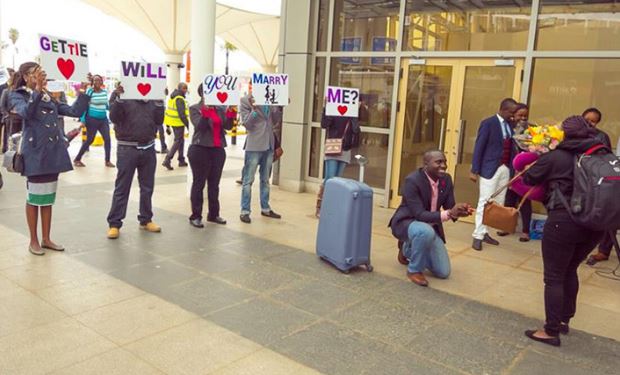 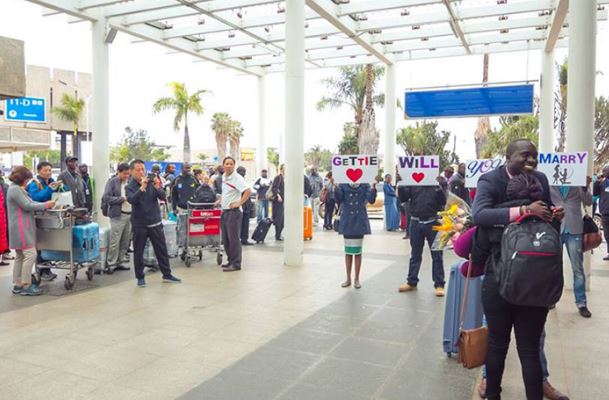 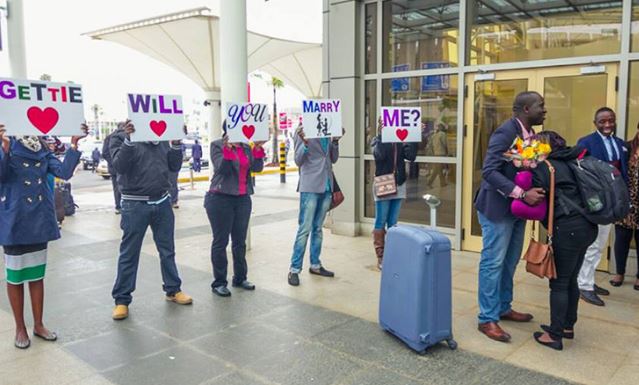 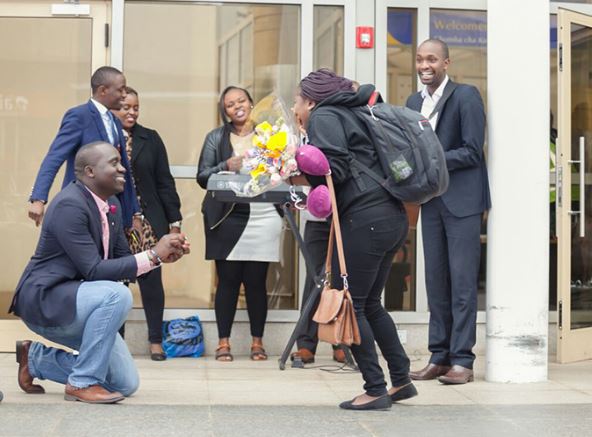 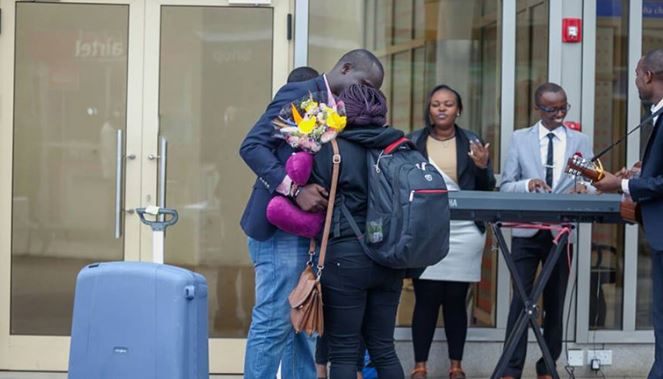 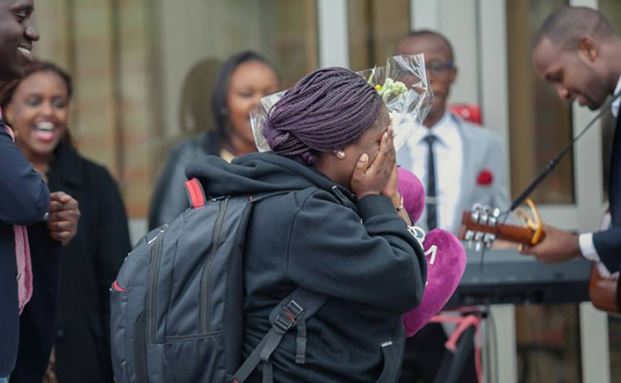 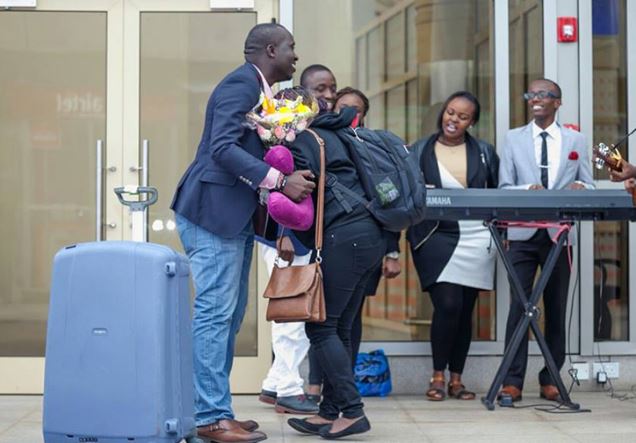 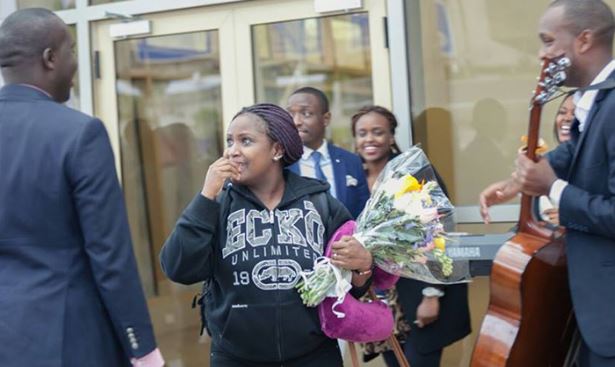 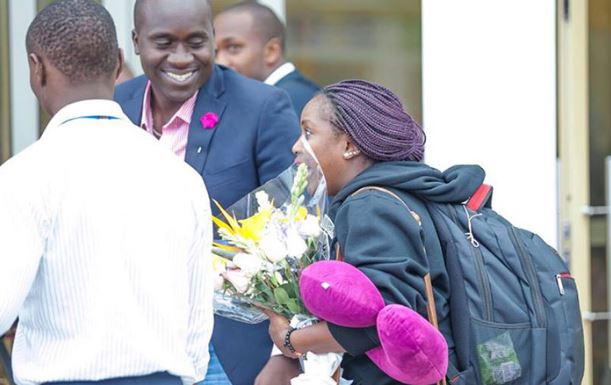 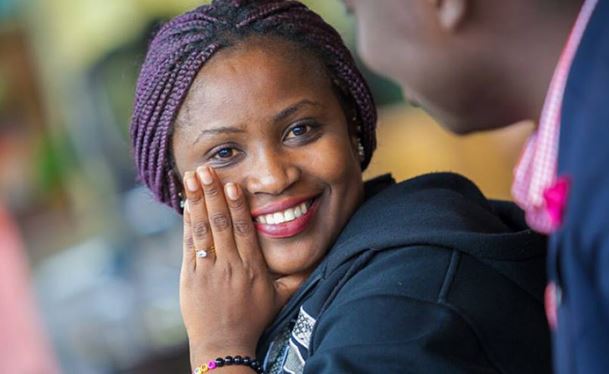 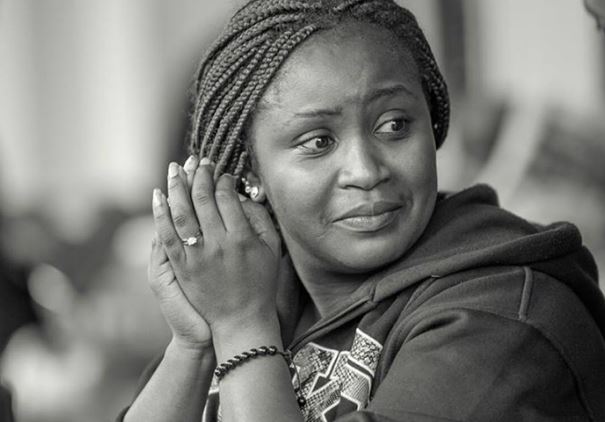 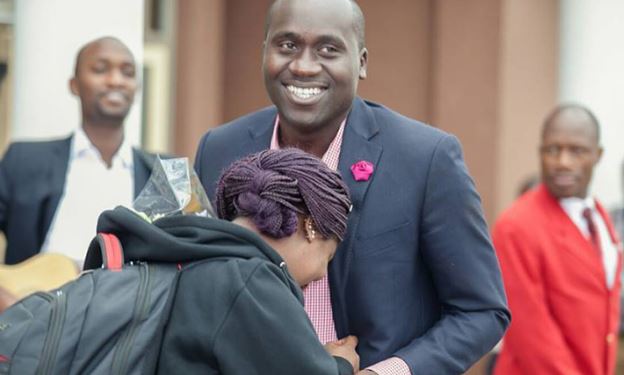 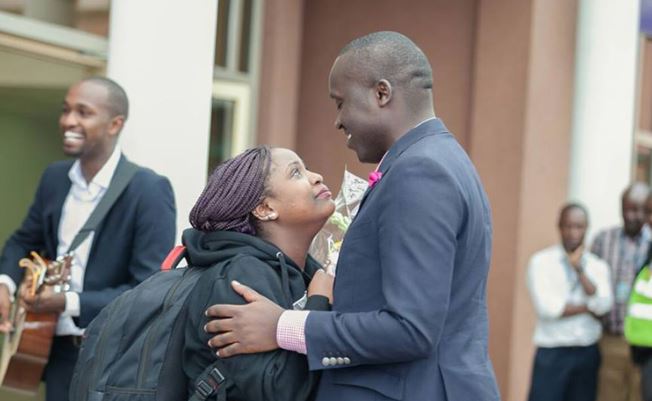 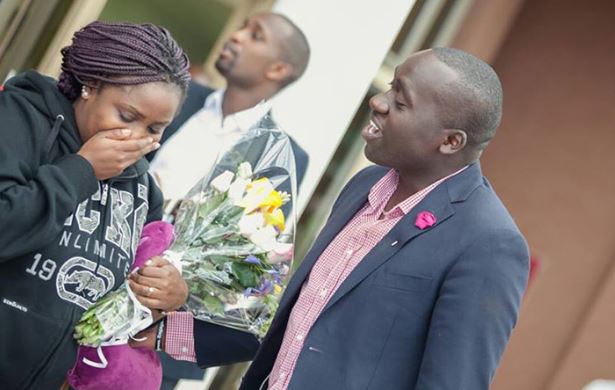