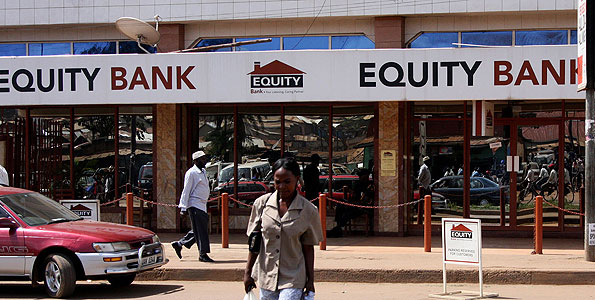 Samuel Mwangi, a man from Naromoru, is a very sad man after a bunch of gunmen stole Ksh500,000 from his bank account. He is a clinical officer by profession and the money was a collection of contributions for a wedding set for the next weekend.

Last Friday evening, Samuel was approached by three men whom he thought were good samaritans after they offered him a lift after he left work. He was going to Nanyuki to pick his parents then head down to Mombasa for the wedding.

During the journey, the driver turned to a different route claiming he had to pick another passenger first. Now a fourth man entered the car then covered his face with a cloth soaked in a drug that caused drowsiness.

“I was unconscious for about 30 minutes and when I recovered, I found out that we were in a forested area and one of the men was holding a gun to my face. He threatened to kill me if I didn’t provide the PIN for my Equity Bank Internet account,” said Samuel. they even slightly slit his throat to show his they are not messing around.

After Samuel gave out the PIN, they went ahead and wired all the money then dumped him in a deserted area. The thieves must have known him since they did not ask for his account number or whether he had an internet account.

“What surprised me is that they did not ask for my account number or whether I had an internet account.  I think the criminals had been provided with my details and they only wanted my PIN to transfer all the money I had,” stated Samuel.