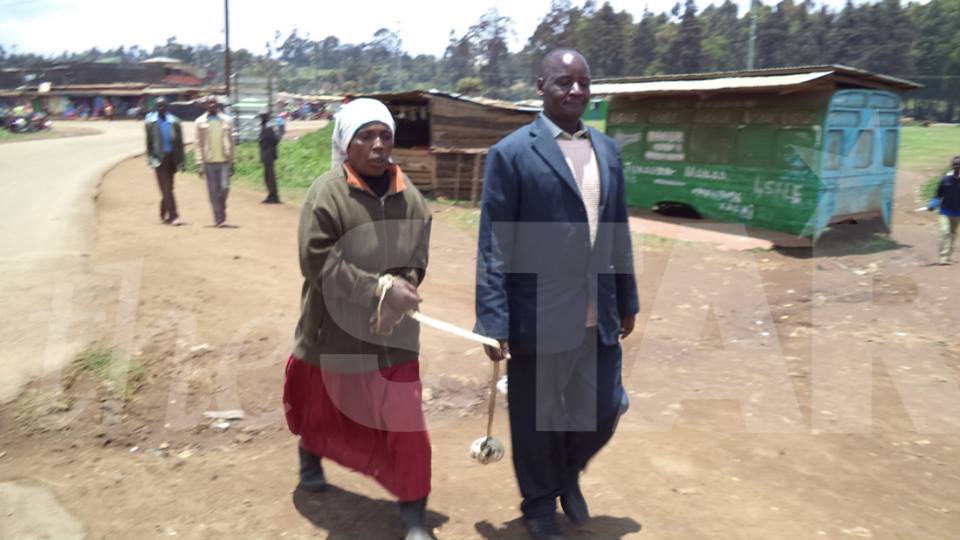 After a domestic quarrel, a man in Kinale Village, Eliud Kinyanjui 65, decided to tie up his wife Salome Wambui 57 , with a rope then dragged her to the police station.

Kinyanjui claimed his wife had become too problematic and too difficult to manage. he further claims that because of this he married a second wife. he also claims that the wife tells lies to his in-laws and church leadership asking them to ex-communicate him. Kinyanjui wants the police to take action against her. 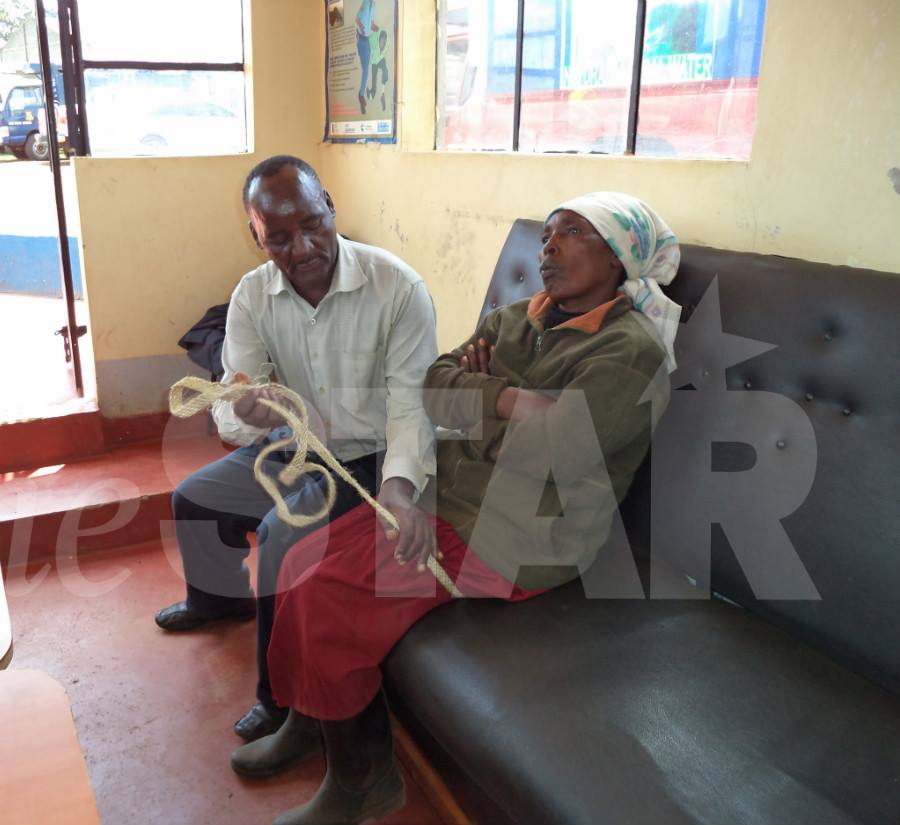 The two have 10 children between them.