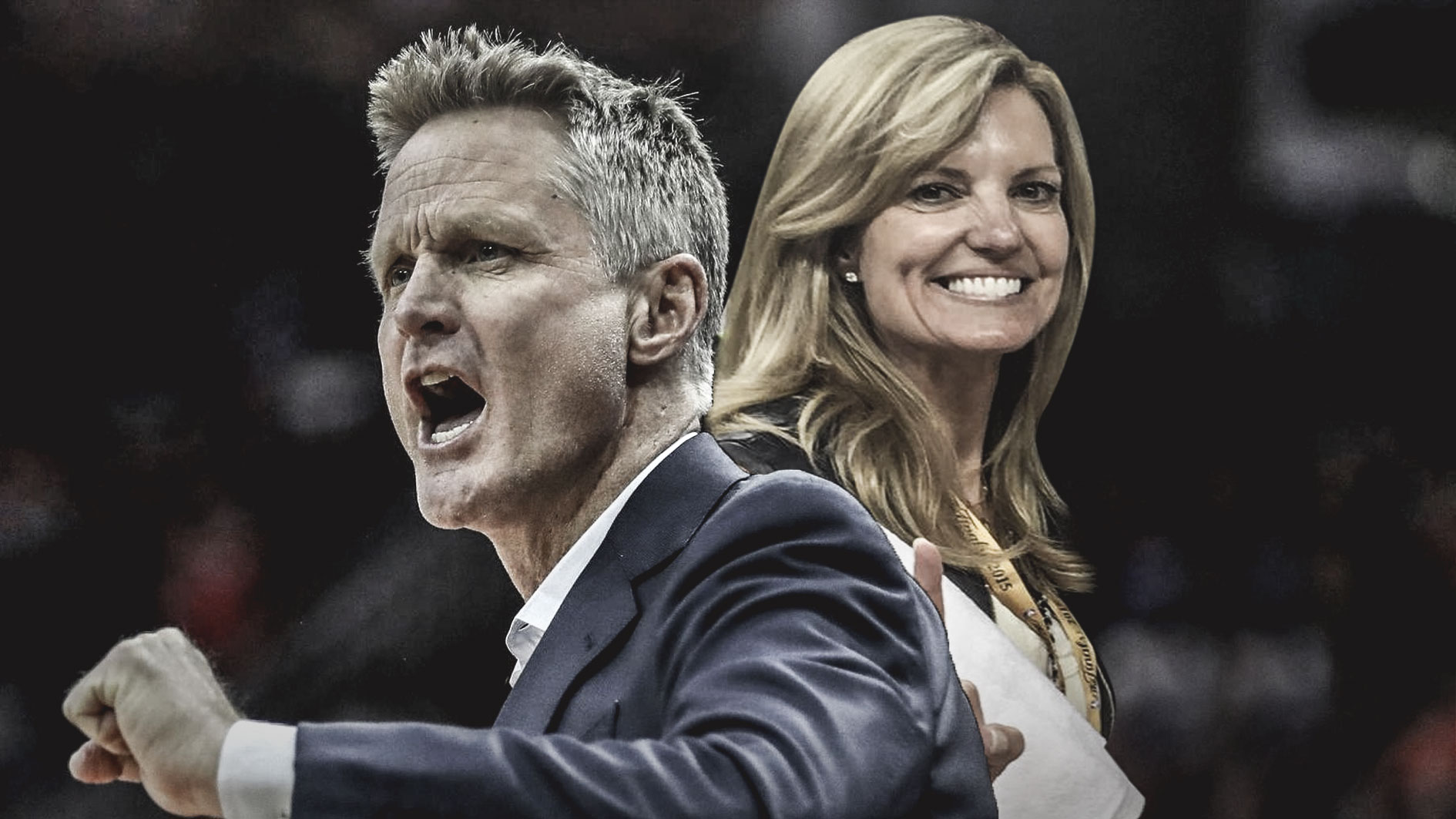 Margot is famous as the wife to Steve Kerr, the head coach of the Golden State Warriors. She was born in 1967 in Tucson, Arizona. Her birth name is Margot Brennan. Her mother’s name is Karen Brennan who was a poet and professor. Margot has three siblings; Rachel, Geoff and Chris. Rachel sustained brain damage in August 1995 after being involved in a motorcycle accident. Margot revealed that her mother helped her sister regain her memory by giving her assignments. Margot studied at Salpointe Catholic High School and University of Arizona.

Margot met Steve while studying at the University of Arizona in 1985. They met after a blind date that was set up by Steve’s friend, Bruce Fraser. They later got married on 15th September 1990.The couple has three children; Matthew, Nicholas and Madeleine. Nicholas and Madeleine took after their father and are both great basketball players.

No information is available about her career but she has always been supportive of her husband even with his constant moving at the start of his career.