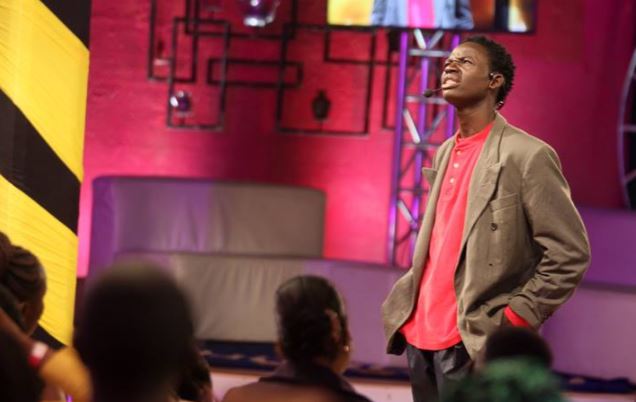 Churchill Show Comedia MCA (Member Of Chokoraa Assembly) Tricky has risen to be one of the beloved comedians on TV at he moment. His content is mostly about his life while being a street kid.

Before fame, Tricky dropped out of primary school and together with his friends came to Nairobi to search for greener pastures. In the big city is where reality dawned on him that life isn’t as easy as he thought.

Tricky was lucky since he got a job in Saika Estate to help in transporting cabbages to Gikomba. However, he got into drug abuse.

Why did he get into comedy? Tricky says he does this to change the way we view street kids and street families.

“I use that character so people can stop overlooking the less fortunate; my character has changed people’s perceptions of street kids. Now people see me when they meet a chokara and they treat them like human beings. No one wakes up and decides to be a chokara, you just sink into it like a bad habit; it can happen to anyone.”