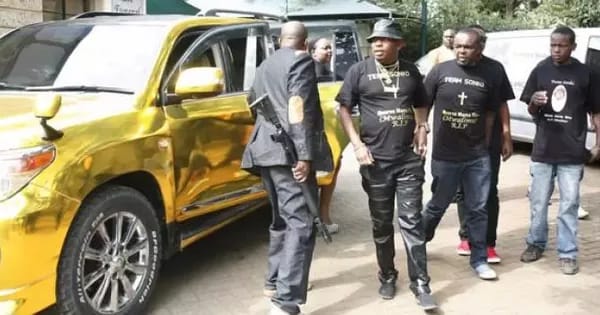 Nairobi senator Mike Sonko claims his life is in danger after his bodyguard was murdered last weekend. This occurred on Saturday morning March 5th at Mwiki Kasarani after dropping Sonko at an undisclosed location in Gigiri.

Mr Bakari Tsuma was shot on the forehead and died in Nairobi Hospital while undergoing emergency treatment. According to reports, his gun was also stolen by three men.

Mike Sonko wants the police to investigate the matter since he claims they seem to be professional people on a mission.