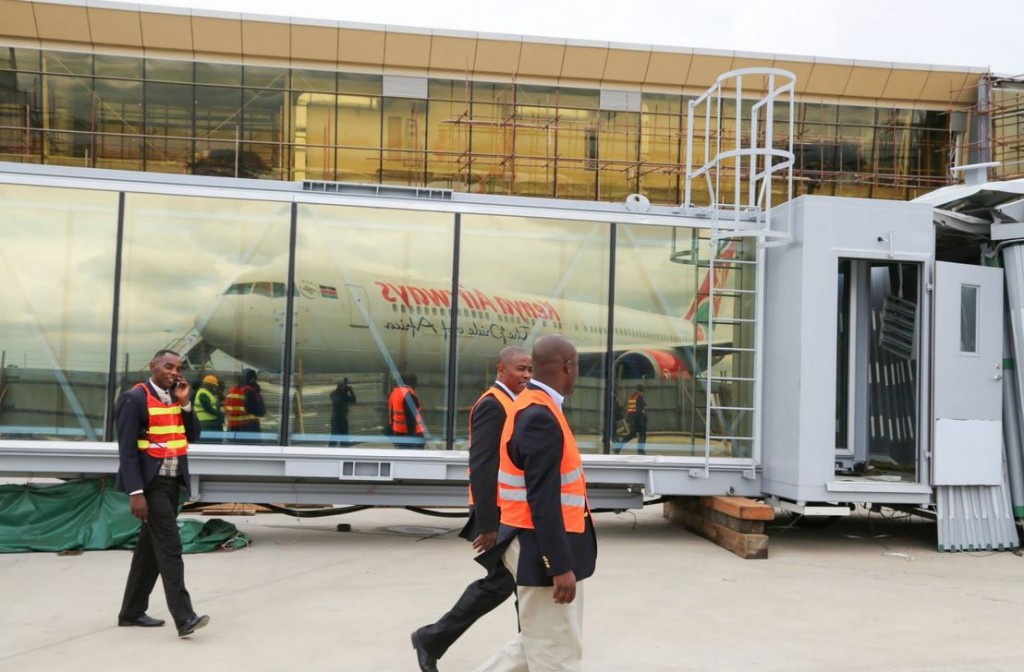 Blogger Robert Alai unleashed his wrath to senior staff at Jomo Kenyatta International Airport yesterday after getting wind of the ongoing employee mistreatment at the airport. It turns out that the airport management has subjected some of its workers to unhygienic working conditions, low pay and overworking them.

Alai took to his Facebook page to expose the ill handling of the so called #PundayaKawaida workers. Here is what he had to say

There is a group of workers at our airports who are such despised and looked down upon that they are called “Punda Ya Kawaida.” This group of workers does all the ground handling at our airports. The handle baggage and aircrafts as you prepare to fly or arrive from your journeys. They are not appreciated and remunerated according to what they do. This is their cry. There is a company at JKIA and other airports called Tradewinds Aviation Services.

The directors of the company are BM Tomlinson, JO Omondi, W Omodho, CA Desouza and MD Tomlinson. JO (John Ogutu) Omondi is the current Embakassi East MP. The company does 75% of ground handling at our airports. In aviation, aircraft ground handling defines the servicing of an aircraft while it is on the ground and parked at a terminal gate of an airport. The staff of Tradewinds have not had a promotion or salary increase in the last 5 years. Without any medical cover, the staff are paid a gross salary of Ksh 14,390 per month.

This includes Ksh 10,000 basic pay, Ksh 2,700 overtime allowance and Ksh 1,690 as house allowance. Where do you get a house which is rented at Ksh 1,690 in Nairobi? A shack in the slums? The employees are also charged Ksh 575 for every day they don’t come to work whether with a genuine reason or not. Mr Anamanda and Mr Lasoi deals with the personnel issue at the company. They are accused of mistreating the workers and abusing their rights as well as practising nepotism and tribalism in the allocation of duties. The two recently introduced a Ksh 12,000 “cautionery fee” which all employees must pay.

It is not clear what the fee is meant to cater for. When an employee is so tired and wants to leave for Dubai or Qatar, Tradewinds calls potential employers and sabotage such movements as well as refusing to write recommendation letters for the departing employees. Photos of Tradewinds Employees Relaxing While on Long Night Shifts While their contracts indicate that they are suppose to work for a maximum of 8 hours, the employees work for 14-17 hours in a day without much breaks. They are neither provided with food nor restrooms to relax in shifts.

They sleep like dogs.They scavenge for food in rubbish bins around the airport as their bosses never allow them to go outside to go buy food while employed. When their shifts are over, some guy called Alex never send buses in time to ferry them home. They sometimes have to wait even for 2 hours for buses to come. While handling risky aircrafts like those from far distant places or the Ebola hit West Africa, the Tradewinds employees are not provided with gloves or boots to handle such work.

On 7th November, these employees found blood in some baggage which was being loaded into an aircraft headed for New Delhi. The complaints forced KQ to change the aircraft but they were never provided with gloves to handle the baggage. These Punda ya Kawaida are not medically covered but they are exposed to all health conditions. It is the season of rain but these donkeys are not provided with any rain coats. It is so sad these people really suffer.

Here are some of the images of the workers sleeping in Polythene bags. 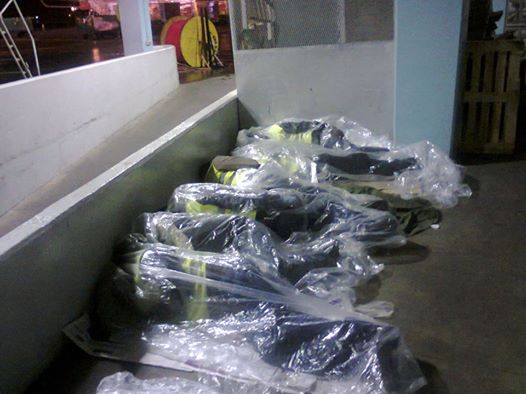 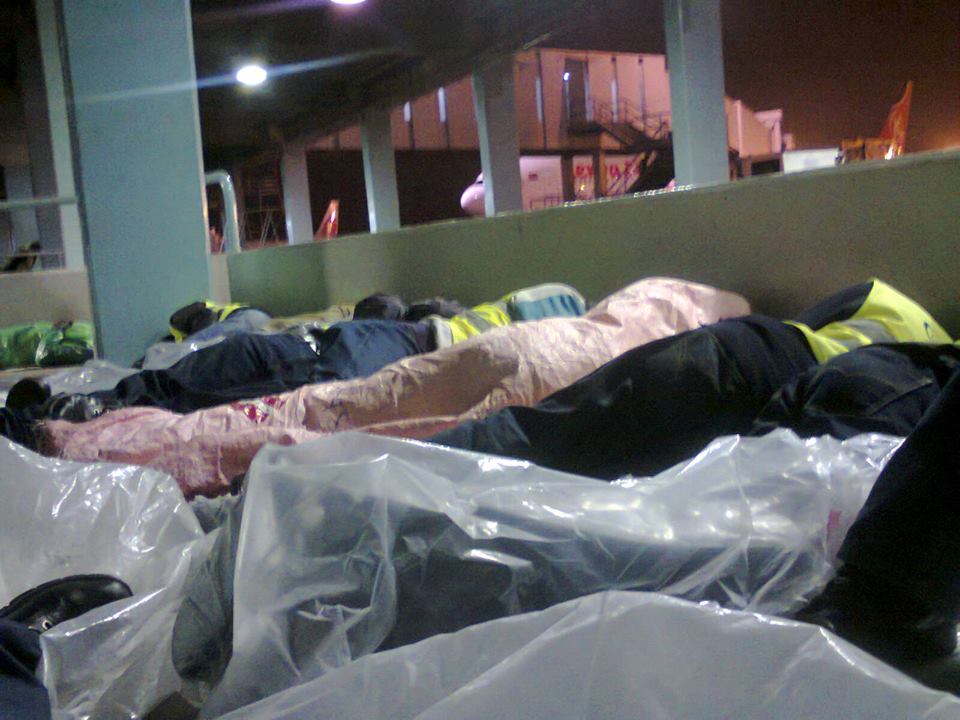