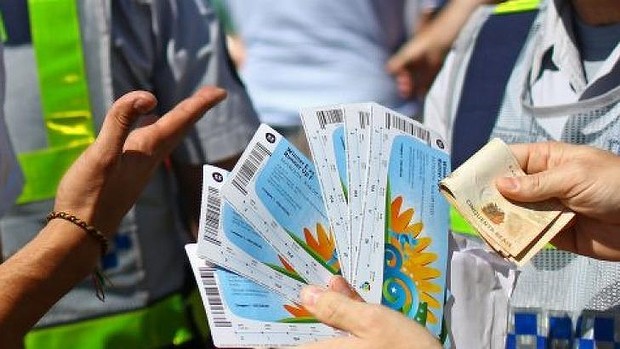 The World Cup is one of the most watched sports events in the whole world. This is organized by FIFA and it makes billions of dollars from the event through ticket sales. FIFA has been selling tickets in stages using a system where people are selected randomly and those who come first get first priority. At the beginning of April a total of 2.5 million tickets.

Back in the 2010 World Cup FIFA made $1.29 bn and in 2013 FIFA made $1.38 bn yet it was not a World Cup year. During the Brazil World Cup it expects to break its records again due to the high popularity of the event and increased viewership.

The black market also wants a share of this money. Ticket sales in this market can go as high as $16,700 for a ticket in the knock out rounds. A group of people reselling unused corporate hospitality tickets illegally is estimated to be making $492,291 per game. They expect to sell each ticket for the July 13 final in Rio at around $16,000.