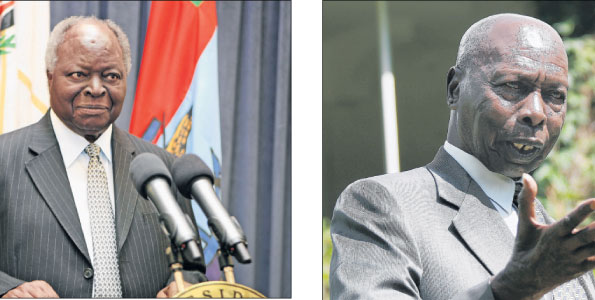 Here is the breakdown:

Mwai Kibaki will get insurance cover of sh13.10 million while Moi isn’t getting any of this

Each of them will get sh8.1 million for traveling to foreign countries

Each of them will get sh2.6 million to cater for the maintenance of their official vehicles

Mwai Kibaki also awarded himself sh25 million in pension and retirement benefits before the end of his term.