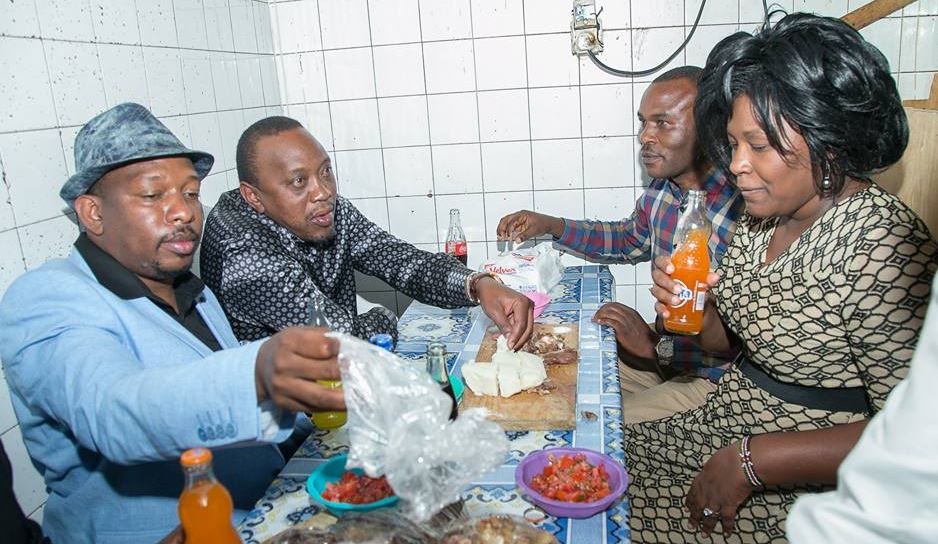 Last Monday, President Uhuru Kenyatta broke the internet after photos of him and other Jubilee politicians went to have nyama choma in Kenyatta Market without even their crazy security detail. The butchery is called Hai Hai Butchery.

Details have popped up online on how much money the president and his team spent in the joint and all we can say is the owner celebrated that day. Uhuru ordered around 30kgs of meat at Ksh500 per kg. The bill for nyama choma hit around Ksh15,000 and around Ksh6,000 for soft drinks was spent.

Majority of the meat bought by the president was enjoyed by the public since his team couldn’t finish such a humongous amount.

The after effect of the president’s visit was even better since the number of customers reportedly doubled the next day. Customers have also been wanting to sit where the president sat.