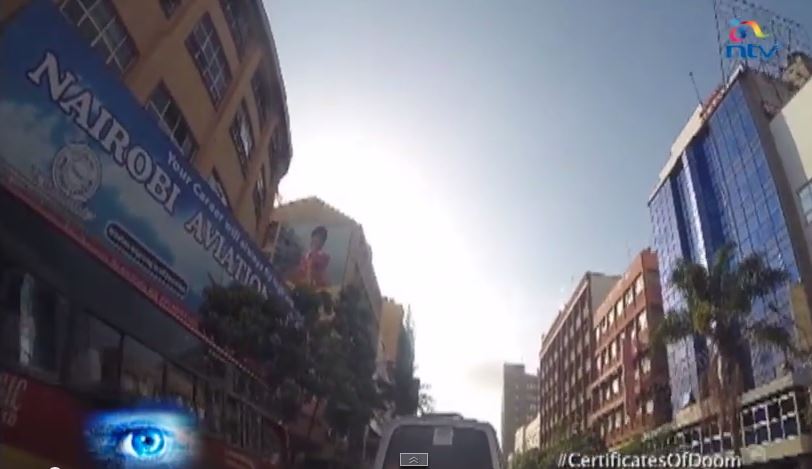 NTV’s investigative journalist Dennis Okari last Sunday aired a documentary last Sunday exposing how Nairobi Aviation College issues certificates to students who have little or no knowledge of the courses they have enrolled for. This is all for the price of approximately Ksh4,000.

Another undercover ‘student’ decided to buy a certificate from one of the employees of the institution. With a price tag of just Ksh4,000 he got a certificate which was legit plus other important documents such as a transcript and leaving certificate.

The investigation also revealed to us how most of exams are not even marked yet all the students graduate with certificates. Watch “Certificates Of Doom” below