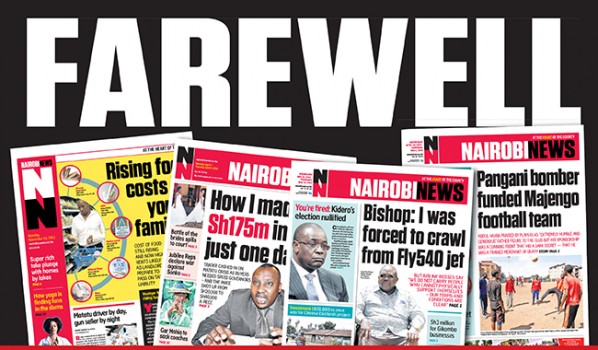 Nation Media Group launched Nairobi News a few months ago to counter the efforts of Standard Media Group’s very successful Nairobian newspaper. Sadly they didn’t have enough firepower to do so even with the huge marketing budgets. 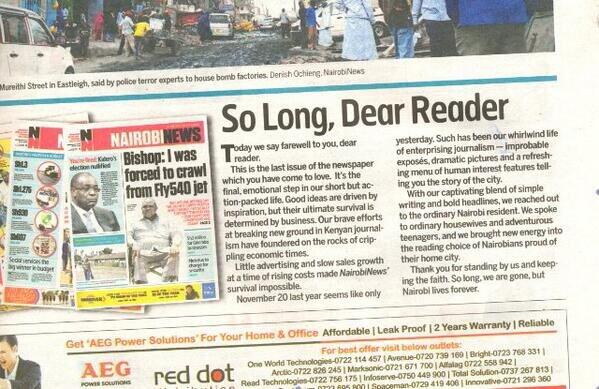 NMG has claimed the newspaper has been experiencing very little sales growth and has had very few people and companies willing to advertise in the newspaper. Nairobi News newspaper is not the first newspaper that NMG has had to shut down. Daily Metro used to exist to counter The Star newspaper, which is till running strong. They had also shut down Sporton after they couldn’t tame Standard Media Group’s Game Yetu.

Well at least they still have the best selling newspaper in Kenya, Daily Nation.