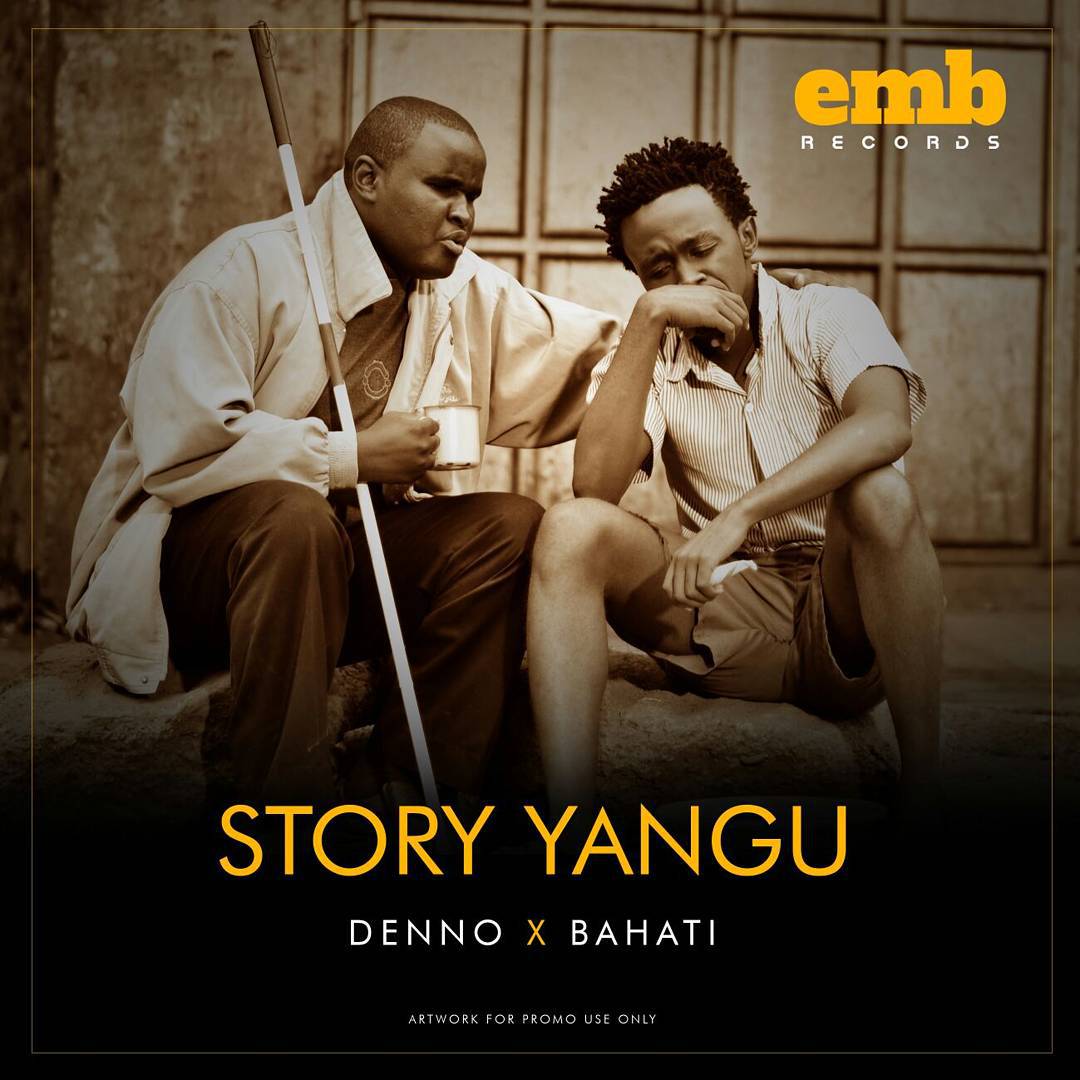 Bahati aka Mtoto Wa Mama is back again with a new song and this time its a collabo with the bling musician called Denno who once did a song with Daddy Owen called Mbona. The video of the song shows how life is hustling in the streets of Nairobi trying to earn a living.

This is what Bahati had to say about the song:

#DEAR_KENYANS…It was on the 27th May 2012 that Sunday when many of you heard the name #DENNO_WA_MBONA. Kenyans Shed tears of Joy as we saw a Hero of a different kind. Much thanks to the Blogs,DJs and the Media for holding his hand and Making #MBONA one of the biggest hits in 2012.. 2013 and even to date. Again much thanks to you Kenyan fans for being so Loyal and Supportive making this Song one of the highest downloaded in PRSPS such as BONYEZA. #DENNO stood as light and a voice of Hope to many that are facing the same challenge of Blindness and other disabilities,they got hope and Believed Disability is not Inability.And I know like myself many believed DENNO’s Life is changed,but It’s Sad to know that it’s not as we Think!!… Painful- Not many Days ago I received a Heart breaking call from DENNO; not to say hi’ or talk about Music but requesting if am in a Position to help start a small business so as to Support his life for now. In his tone it was clear He has given up in this Music Ministry. But How? His Song Being the highest Played & Downloaded for more than 3 years Now are the Royalties paid reach to him??? It was the Saddest #STORY_I_HAVE_HEARD and so painful to see a Man in such a Position open his heart in tears. Much has happened to this Soul that even speaking Out can’t heal.. ONLY GOD CAN!!! For now let’s forget all this… My  request to Kenyans this evening is that let’s come together and hold his hand. Let’s bring alive the dreams of many facing disability by Supporting their HERO. He’s a Voice to many in Our Society.. His Voice Speaks reality to many that are facing the same.Yaani Ana reach wasee Siwezi fikia. Tuwezi wacha Huyu msee a give up! … Maybe I should not be speaking about this but this but this is the sad truth.He’s Hope of many Talented Souls sitting on wheelchairs hoping to be Stars someday… DENNO’s star is the Only hope to thousands of Kids in his former school THIKA SCHOOL OF THE BLIND. And the best Business that I thought could Help him best is doing a Collabo Song with him… #CLICK_LINK_ON_MY_BIO To Watch & Listen to this Moving Voice as DENNO tells me his story in the Song #STORYYANGU Please help me Bring back Denno!!!