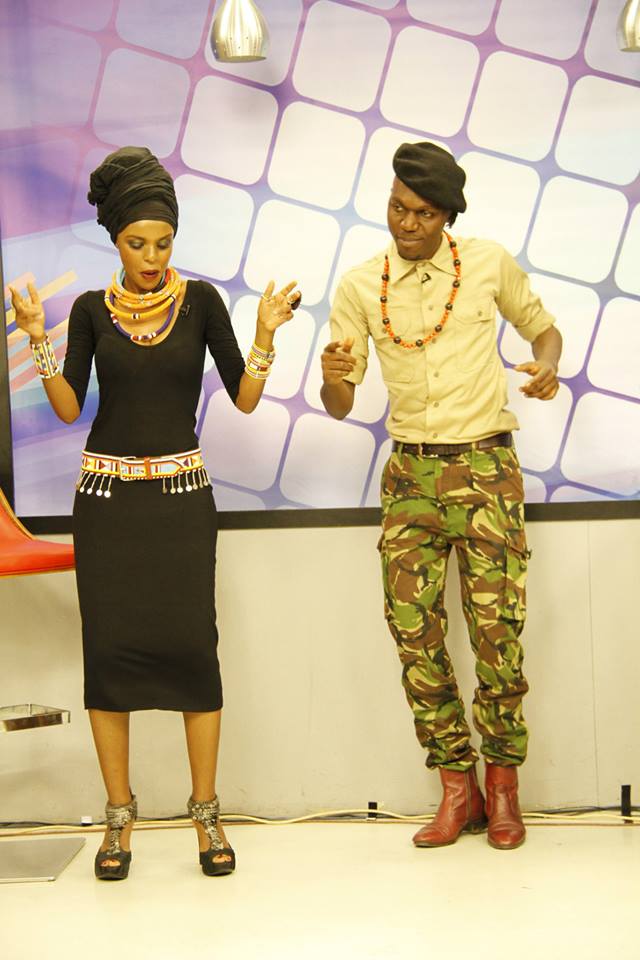 The Trend panelist, Njambi Koikai, is undergoing a major struggle in her life with health issues. It started out with losing her job with Nation Media Group then she got lung problems afterwards. Even before she could recover, her grandmother was diagnosed with cancer.

Njambi has now explained that she has endometriosis which is brought about by painful period pains. Here is her story about her health conditions:

The weight loss is real but I’m doing m best to eat as much as I can. Just done an interview for the health segment on one of our dailies. Well it’s International Women’s Day…I suffer from extremely painful period cramps which is a condition known as endometriosis. Now this endometriosis is dangerous. Especially in our 30’s…it moves to different organs of your body. Mine moved to my diaphragm and punctured it and then to my lungs hence the collapses ..now when you are on your menses…the endometriosis in other organs also bleeds. So in this case my lungs were having to deal with this bleeding and could not cope. There’s a girl whose ENDOMETRIOSIS moved to the brain and she gets epileptic seizures. This is a disease that is causing infertility,removal of the uterus and ovaries and also leads to ovarian and cervical cancer. This is where we are as women. We need to stand up and speak in order to get help. I won’t go further into all the procedures I have to undergo but many women are suffering in silence and we are being shamed. Do not shame a woman. Support her, respect her and care for her. Happy International Women’s Day to the women I call mum, mummy and my little sis and my other sisters out there. Bless your heart’s.