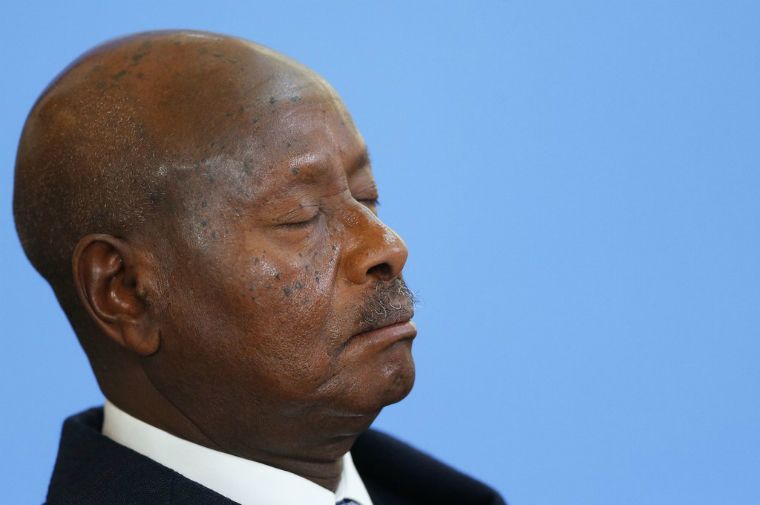 TV stations in Uganda NEVER AIR PRESIDENT MUSEVENI SLEEPING WHILE HE IS WORKING. Rumor has it that NTV Uganda has learnt this the hard way after they got banned from covering any presidential function. The station allegedly did a story that showed the president sleeping during the recent budget reading.

NTV Uganda has denied these allegations and posted a statement on Facebook saying the images and story are actually false and nothing like that has happened. They also said this is the work of their competitors to tarnish their image. Here is their statement:

“NTV (U) would like to dismiss the social media allegations that it has been suspended from covering Presidential functions as false, baseless and untrue.

These allegations have been fanned by some reckless persons/media outlets following an image posted on social media depicting the person of the President in a compromising position. NTV would like to confirm that the image was taken and posted by an unknown person with the intention of tarnishing the image of the station and the President.

We urge whoever is behind these viral allegations to stop henceforth or else face the consequences of these actions going forward. NTV (U) is committed to its editorial policy of fair, accurate and balanced reporting and would like to disassociate itself from such irresponsible acts.

We continue to shape the agenda of debate on Uganda and for Uganda and pride in professional reporting. We apologize to the President for this mishap and urge our viewers to exercise restraint while sharing our images on social media.