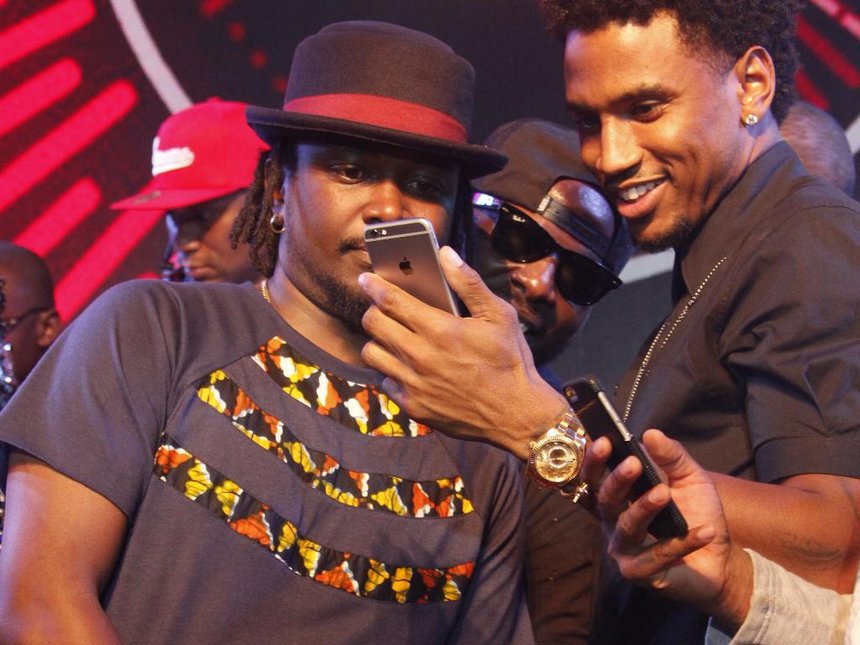 Years back, Nyashinski suddenly left Kenya for the United States without informing his fans of his plans. He came back and has released two hot singles together with a hit collabo with Nameless.

Standard Group’s SDE got a hold of him for an interview and he got to talk about his musicial career plus some of his life decisions.

SDE asked him about the rumors that were spreading claiming that he was deported from USA. This is what he responded with, ” Whoever told you that! Anyway by now you are aware that people will always find something about you good or bad.”

Nyashinski revealed that the main reason for him to come back to Kenya was that this was his home where he has the best time of his life. He relates with people here better than in the US. The only thing about Kenyans that he doesn’t like is the culture of not keeping time unlike in America, everyone is keen on time.

As for the Kleptomaniax re-union, the are still working on it.