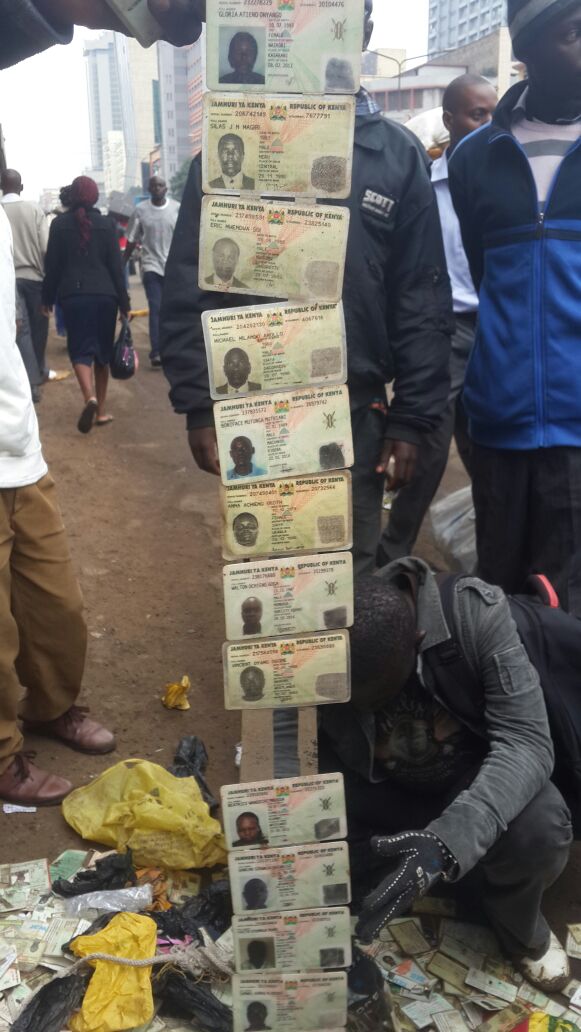 A couple of days ago, Interior Cabinet Secretary Major Gen Joseph Nkaissery directed various business operators to release the ID cards they had confiscated due to unpaid debts.

Well a certain Nyeri businessman by the name Joseph Wachira released a whooping 500 cards he was holding onto. He operates an electrical shop in Majengo in Nyeri and the owners of the IDs owe him around Ksh750,000 in debt.

The owners had borrowed different amounts of money to settle various bills and fees from April 2016 to January 2017.