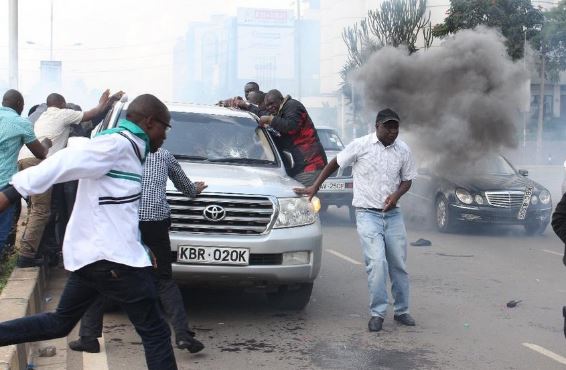 The Orange Democratic Movement had once given people an incentive to show up for it demos. During the recent IEBC demos we saw a number of people injured at the hands of anti-riot police due to the heavy beatings they were given.

The party then recently decided to reduce that pay to around Ksh20,000 which a drop by ksh40,000. The announcement was done by ODM Homa Bay county chairperson Gladys Wanga.