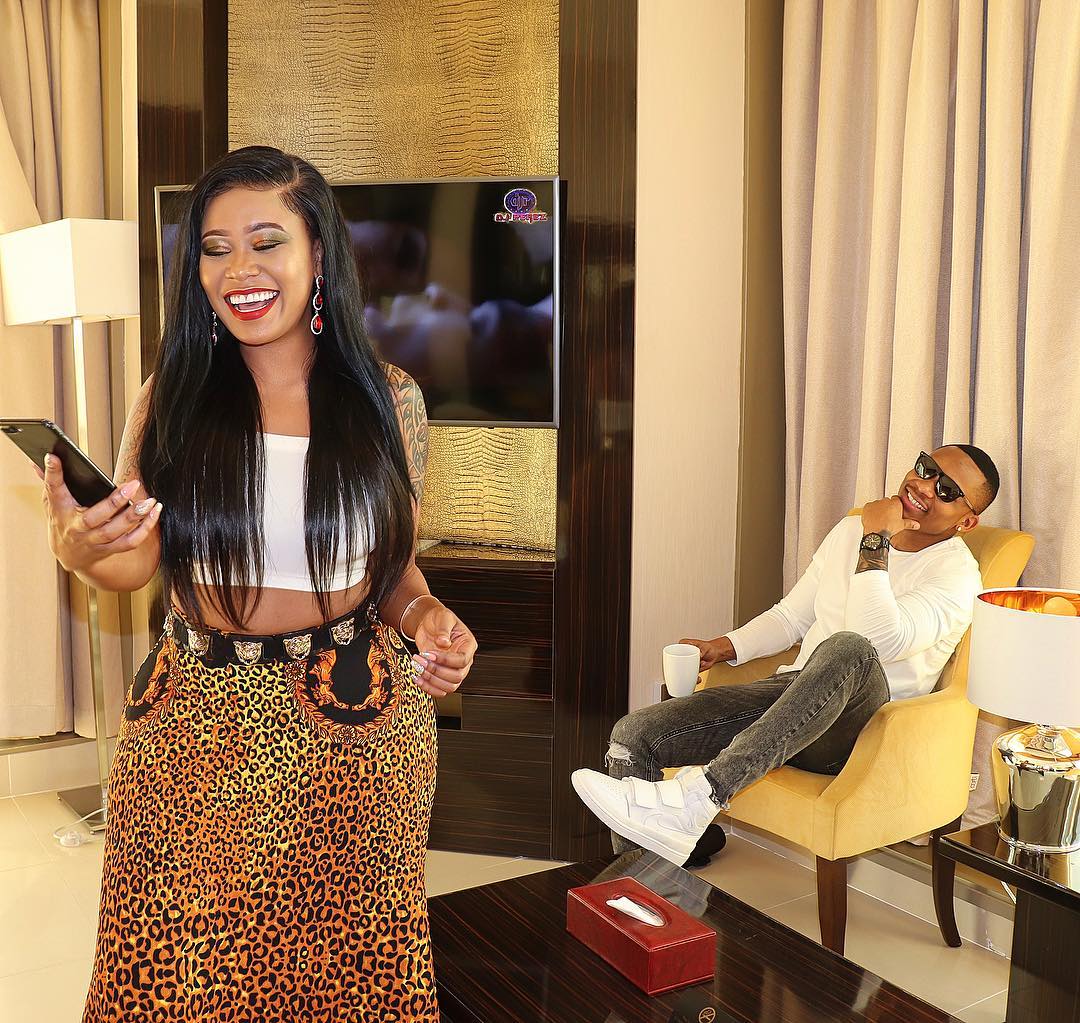 It looks like Vera Sidika and Otile Brown have broken up once again. Only time will tell to confirm if this is just another publicity stunt.

However, Vera Sidika this time round decided to go all out in explaining why they had broken up and also revealing more details about Otile Brown that the public didn’t know about. She posted a tell all video on her YouTube channel talking about their relationship after they reunited.

In the video, Vera mentioned the reason why they broke was that it was because she refused to give him money after he asked for Ksh500,000 to buy a Mercedes Benz since he has traded in his Mark X. She even went ahead to post Whatsapp text messages as evidence. She captioned: As much as we love so deep. Women do find it a turn off when a man keeps asking for money. Regularly. From week 2 of dating. This time it happened 2 days after a break up reconciliation and it ended up looking like the only reason he came back was for the money. I have been in this situation before & I refuse to be used financially or for fame. If such a person walks away coz u didn’t give them money …it’s more like good riddance to bad rubbish 🤷‍♀️ 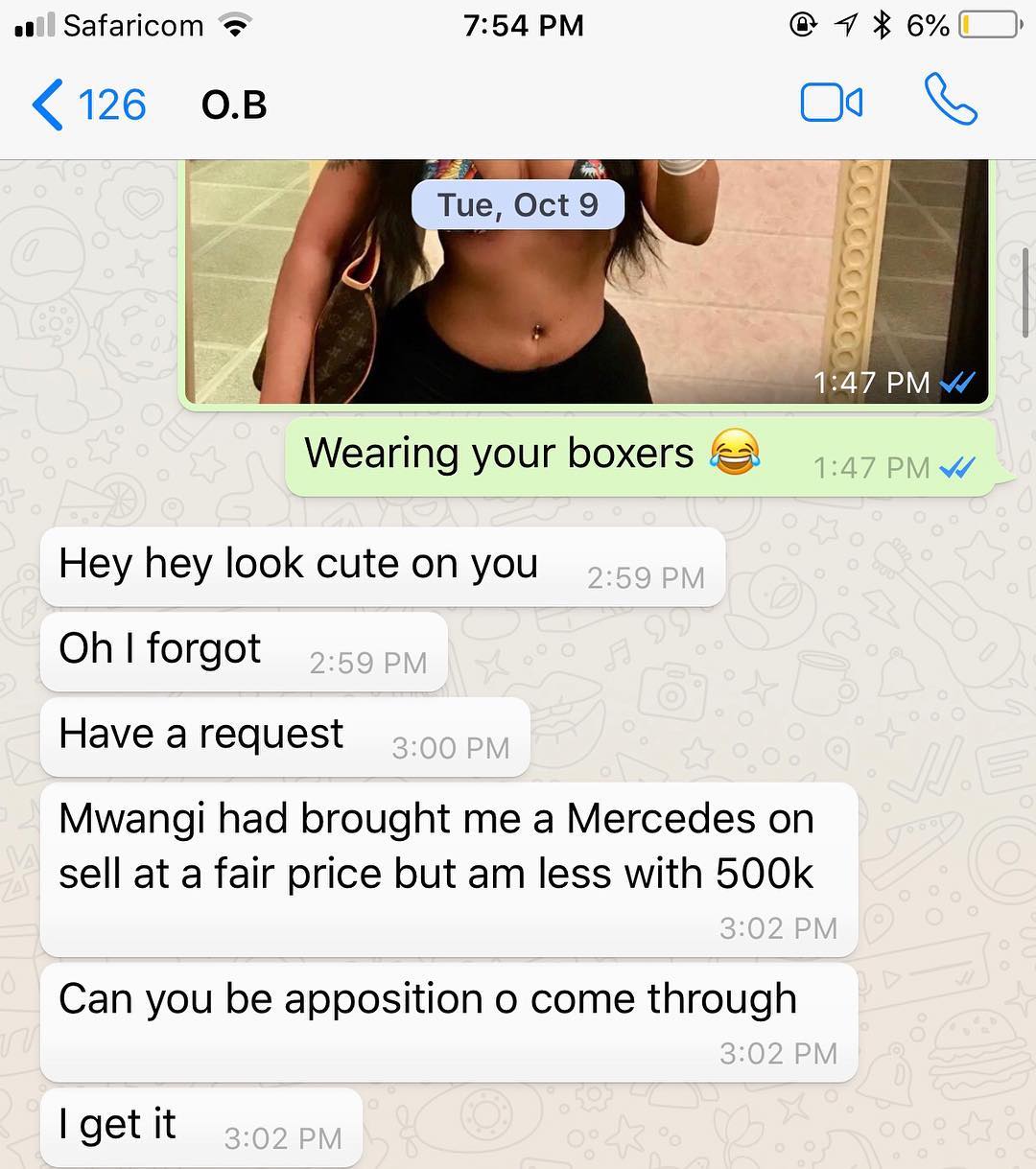 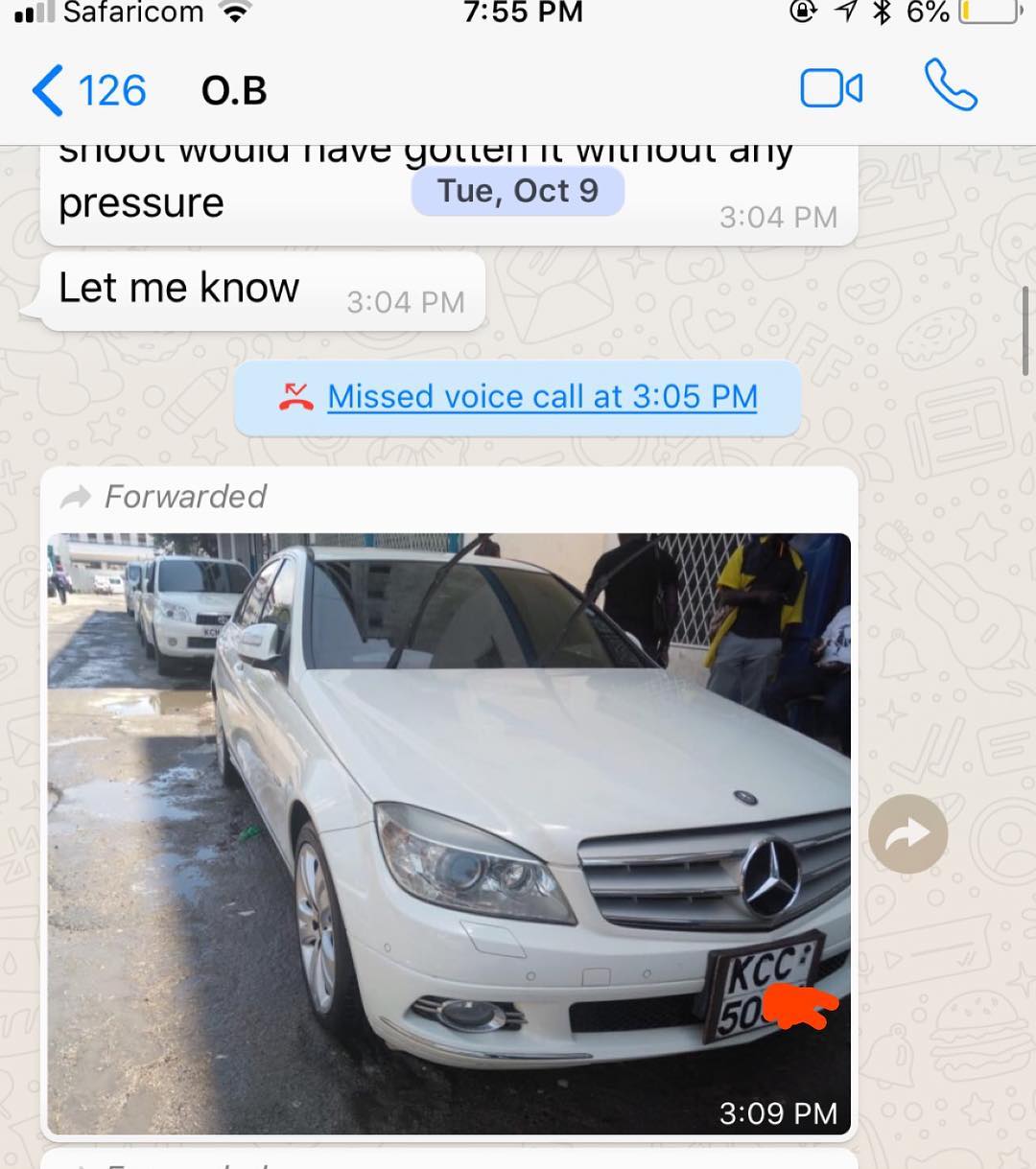 Vera claimed that Otile Brown started ignoring her for a week while she was in Dubai and even when she came back into the country, he didn’t talk to her for 3 days. It was at this point that she decided to reach out to him and organized a meeting so that they could talk. During the meeting, Otile Brown decided to officially end the relationship saying that Vera is in a stage in life where she wants to have kids and settle down yet he hasn’t reached that point yet. He still wasn’t looking for any serious relationship. He also went ahead and sent this long text message the following message. 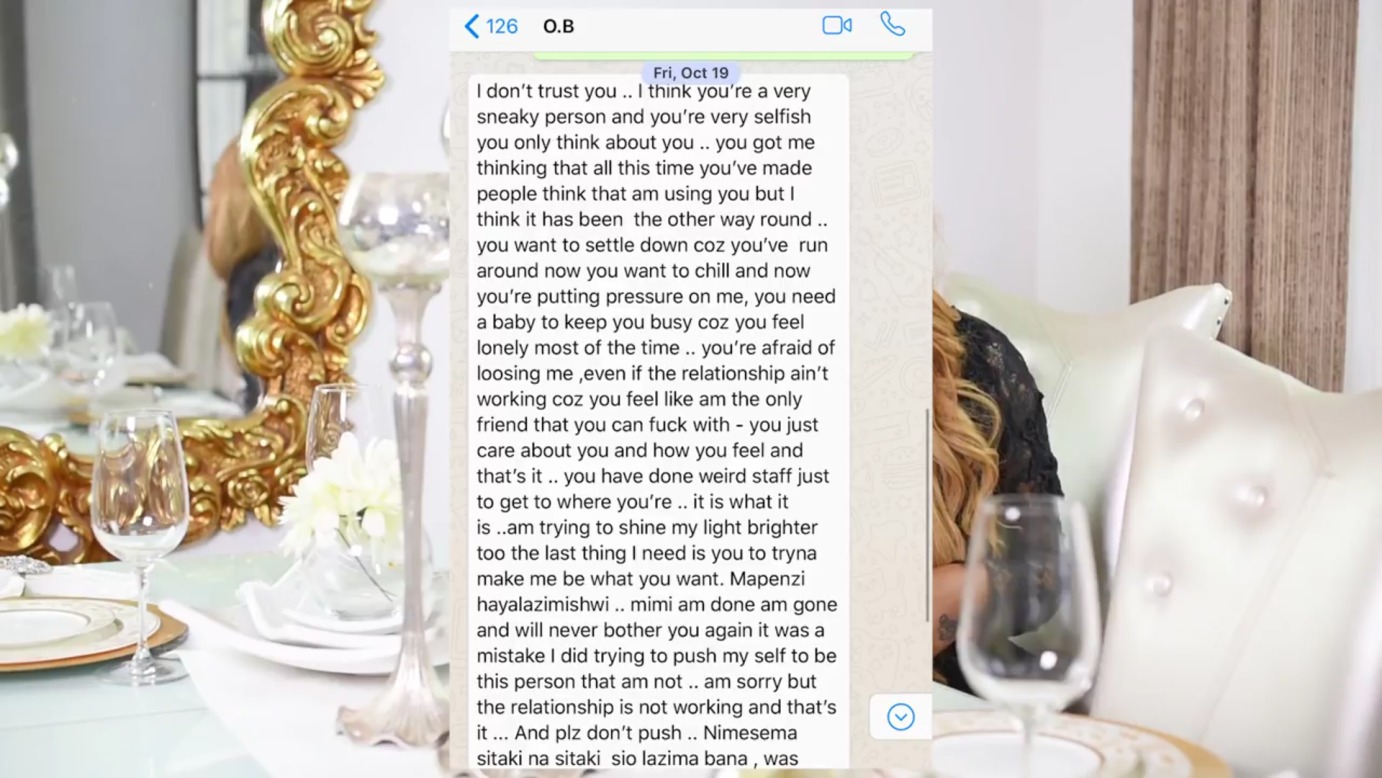 Vera further went to reveal that Otile Brown had wanted to get her pregnant many times that she secretly got the implant birth control which prevents her from getting pregnant despite having unprotected sex. At that time she was also angry since she suspected that Otile Brown was cheating on her. She also went ahead to state she has never been pregnant with his baby.

When it came to Otile Brown’s past relationships Vera revealed that his ex girlfriend left him due to his behavior of borrowing money from her and also he has a reputation for using people.