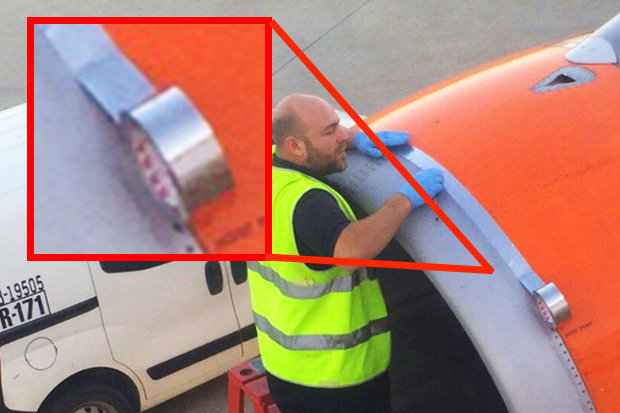 A man wearing a reflective vest was spotted trying to repair part of an airplane’s jet using what looked like duct tape.

After taking a closer look, we found out that it was speed tape which is a heavy duty roll of sticky aluminium which most engineers use whenever they want to do quick repairs on planes so that the flights don’t get held up. Due to the strength of this tape, it is used on combat planes after getting damaged from bullet holes. 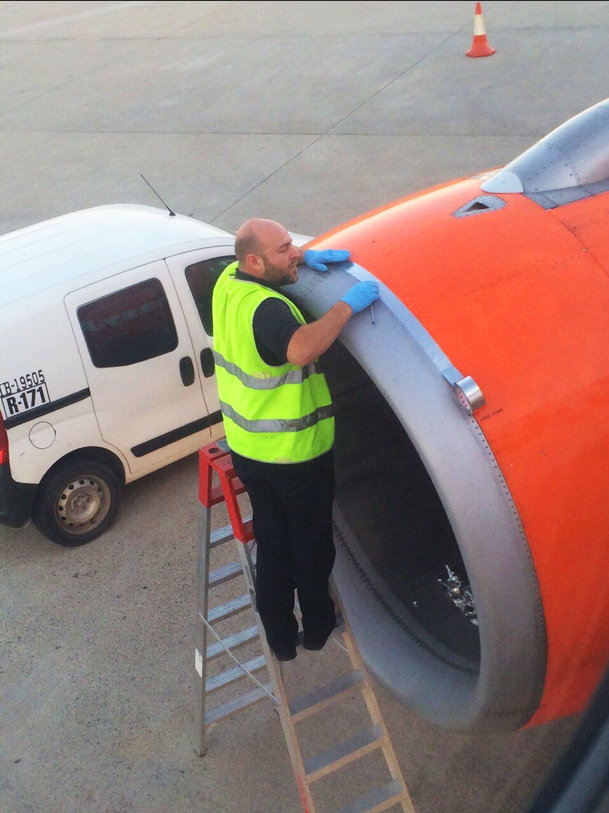 Without the tape, high speed air can easily get in between the engine and the fairing. This will cause vibration or throw off the balance of the engine. That can be a catastrophic mechanical failure.