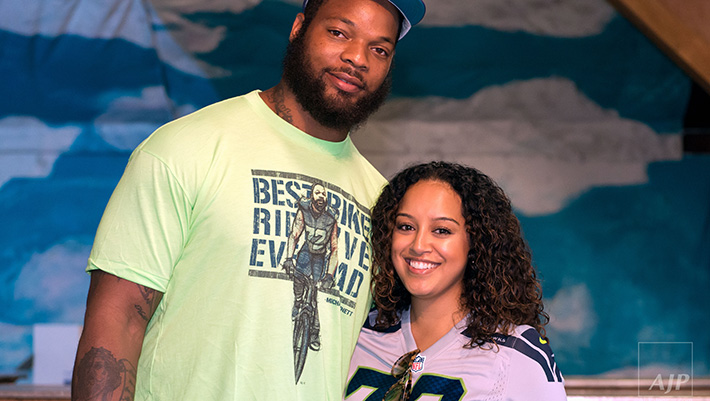 Pele is famous as the wife to NFL player Michael Bennett. She was born in Texas. Her birth date has not been revealed. She has a little brother. No information is available about her early life, education or parents.

Pele and Michael started dating during their sophomore year of high school. The got married in 2012 and held the wedding in Hawaii. They have three daughters; Peyton, Ollie and Blake.

Alongside her husband they founded the Bennett Family Foundation which advocates healthy living by growing your own produce. The foundation also promotes gardening as an income earner for the youth in juvenile detention. Pele has her own garden.

Together they own a kids reading club called Pencils on Paper Club. They released a book titled Three Little Mosters.