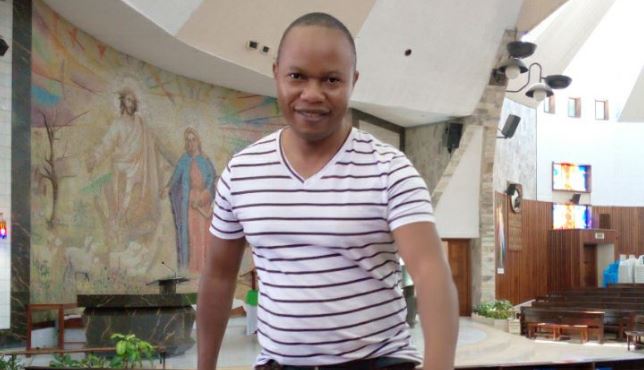 Pastor Eric Omba, the ex husband of musician Gloria Muliro, was recently involved in a nasty road accident along Thika Road. He was on his was from a meeting at TRM when his car hit an embankment just near KCA University then rolled thrice.

A photo of his car was posted on his Facebook account with the caption: “Keep praying for Eric Omba. He was involved in a road accident around Thika Road.” 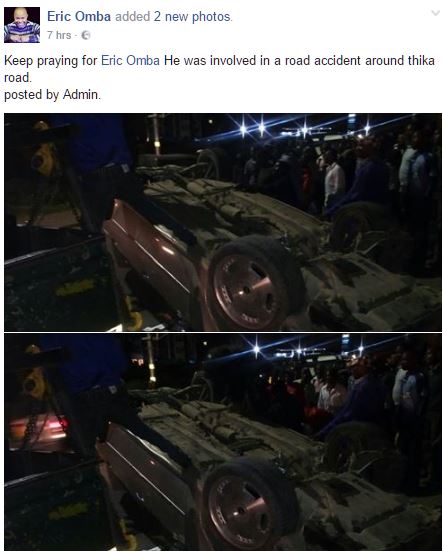 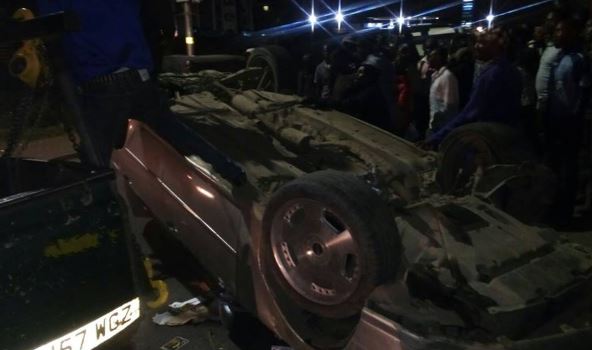 Pastor Omba is a senior pastor at Omba Ministries and also a record producer.