Photos are doing rounds on social media of popular Kenyan rapper King Kaka being arrested right in the middle of the streets like some much wanted thief. In the photos you can see him try to resist arrest while negotiating. 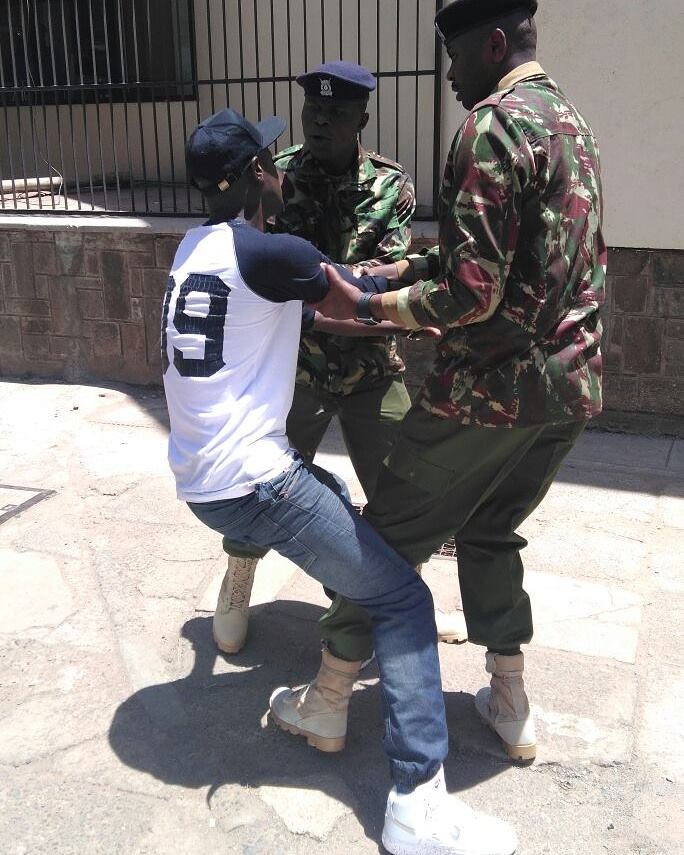 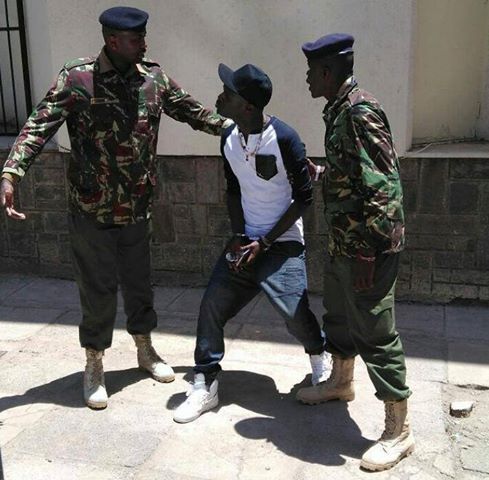 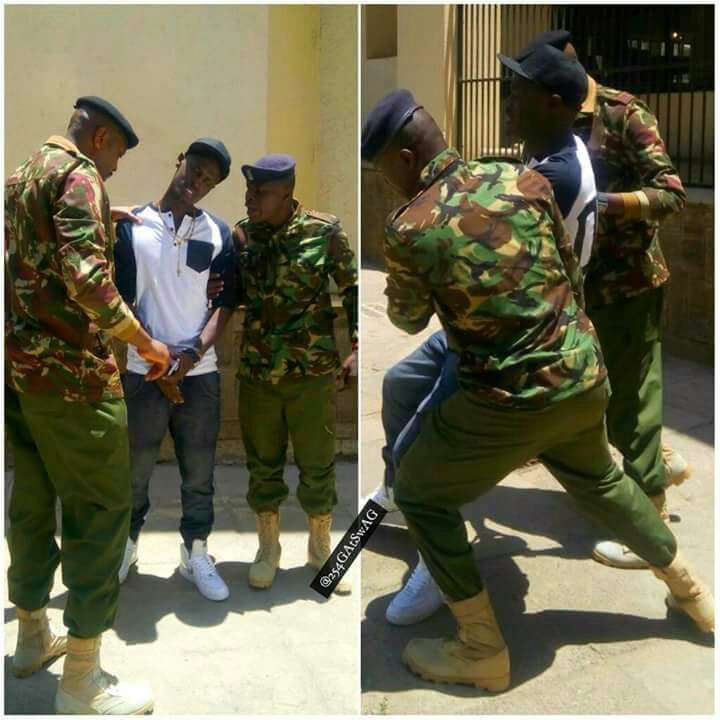 King Kaka fans, don’t panic because its not what it looks like. The talented rapper and businessman is actually doing a video shoot for allegedly Vioja Mahakamani. His acting skills look on point.