CORD has taken its battle from the Jubilee Govt to IEBC, the guys in charge of elections in Kenya. Yesterday there were protests at IEBC offices in Nairobi at Anniversary Towers where various CORD leaders where teargassed by police after trying to force their way through. 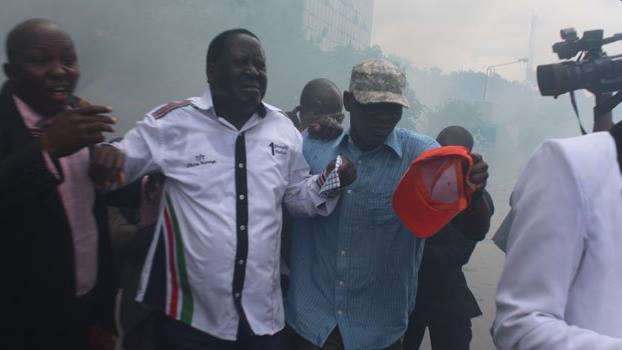 Somewhere else in Kenya, specifically Kisumu County, Central Gem MCA Fred Ouda had some protests on his own at the nearest IEBC offices. He chained himself to the game of the institution refusing to leave. 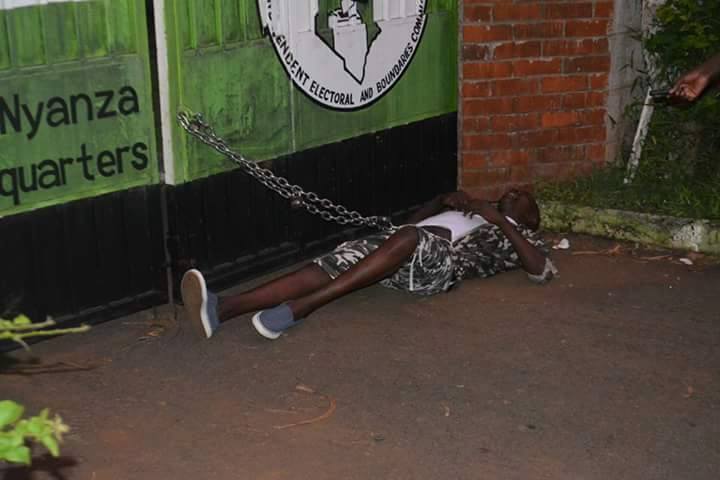 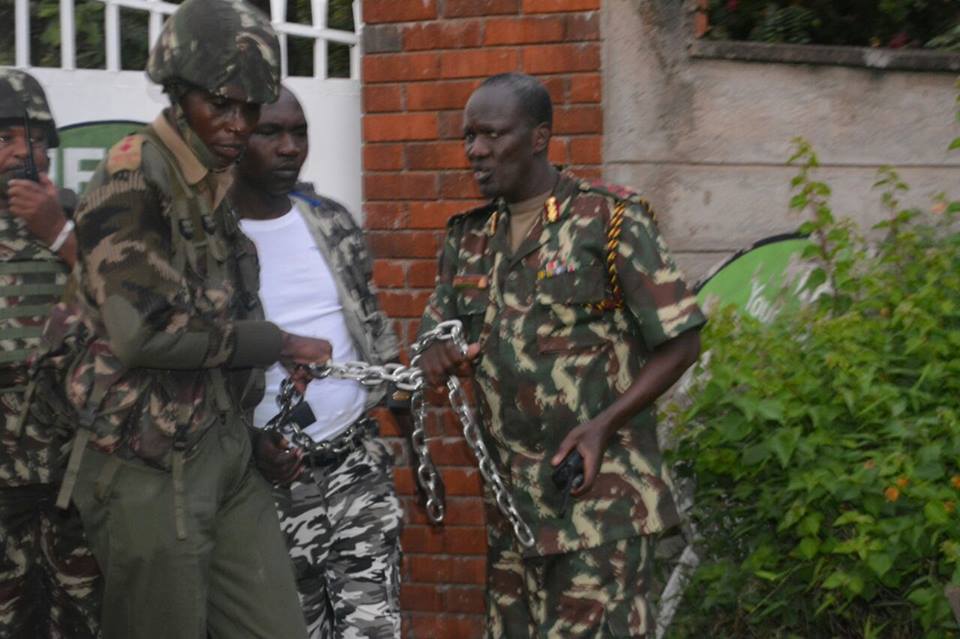 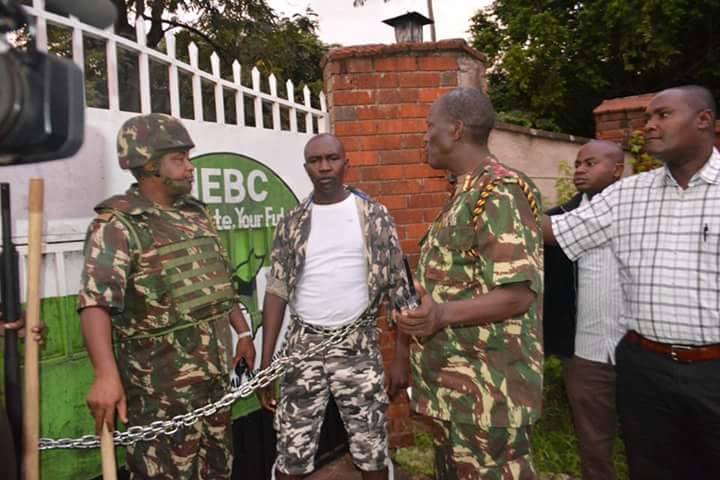 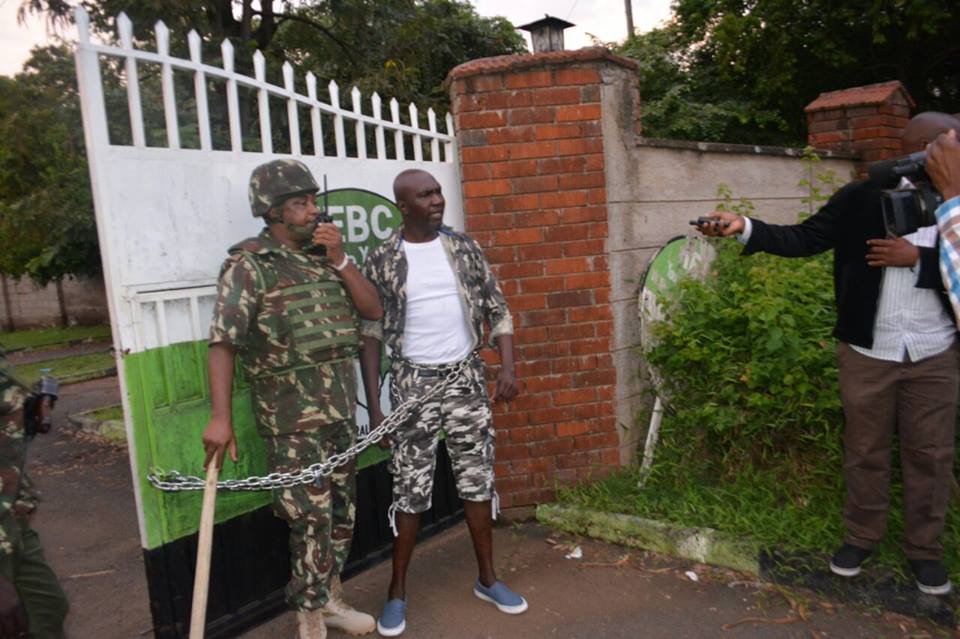 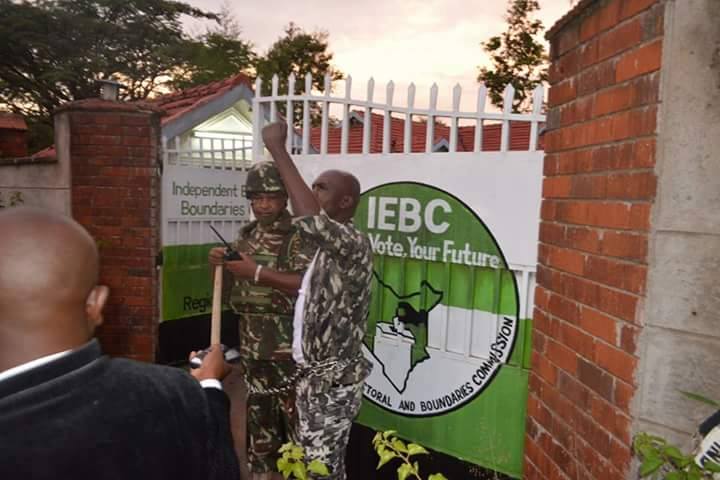 Police had to come and cut the chains off the escorted him away.