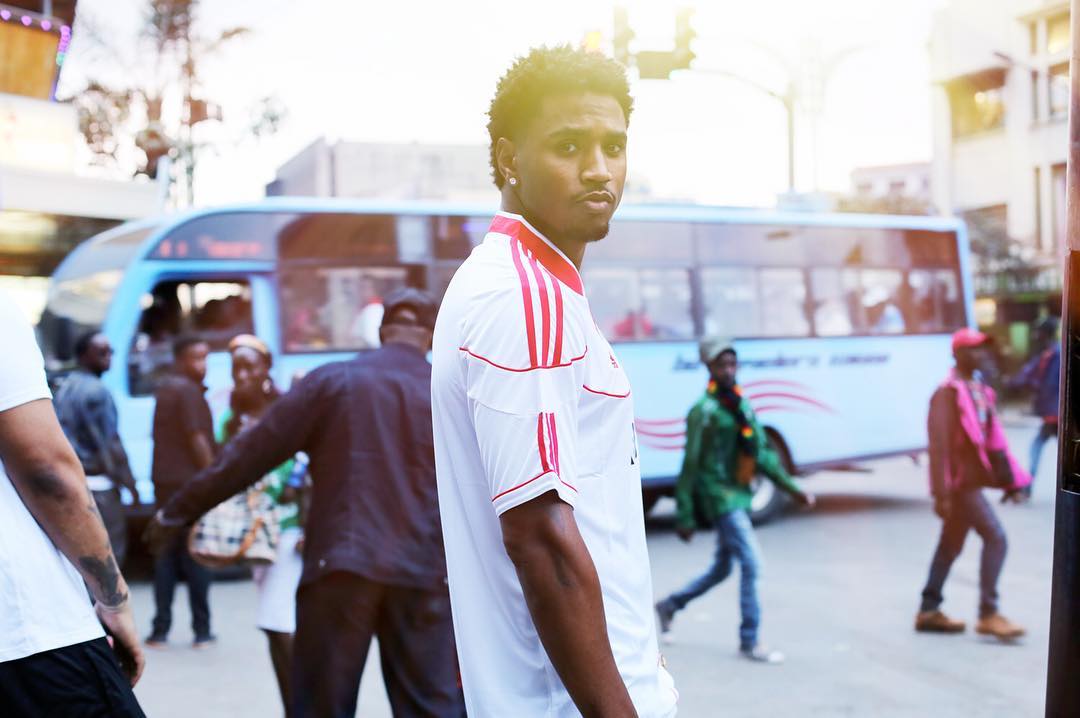 Last weekend, American RnB superstar Trey Songz decided to take a break from all the music that brought him to Kenya and instead decided to take a walk along the streets of Nairobi. He did this without announcing to anybody hence he didn’t have many bodyguards surrounding him. 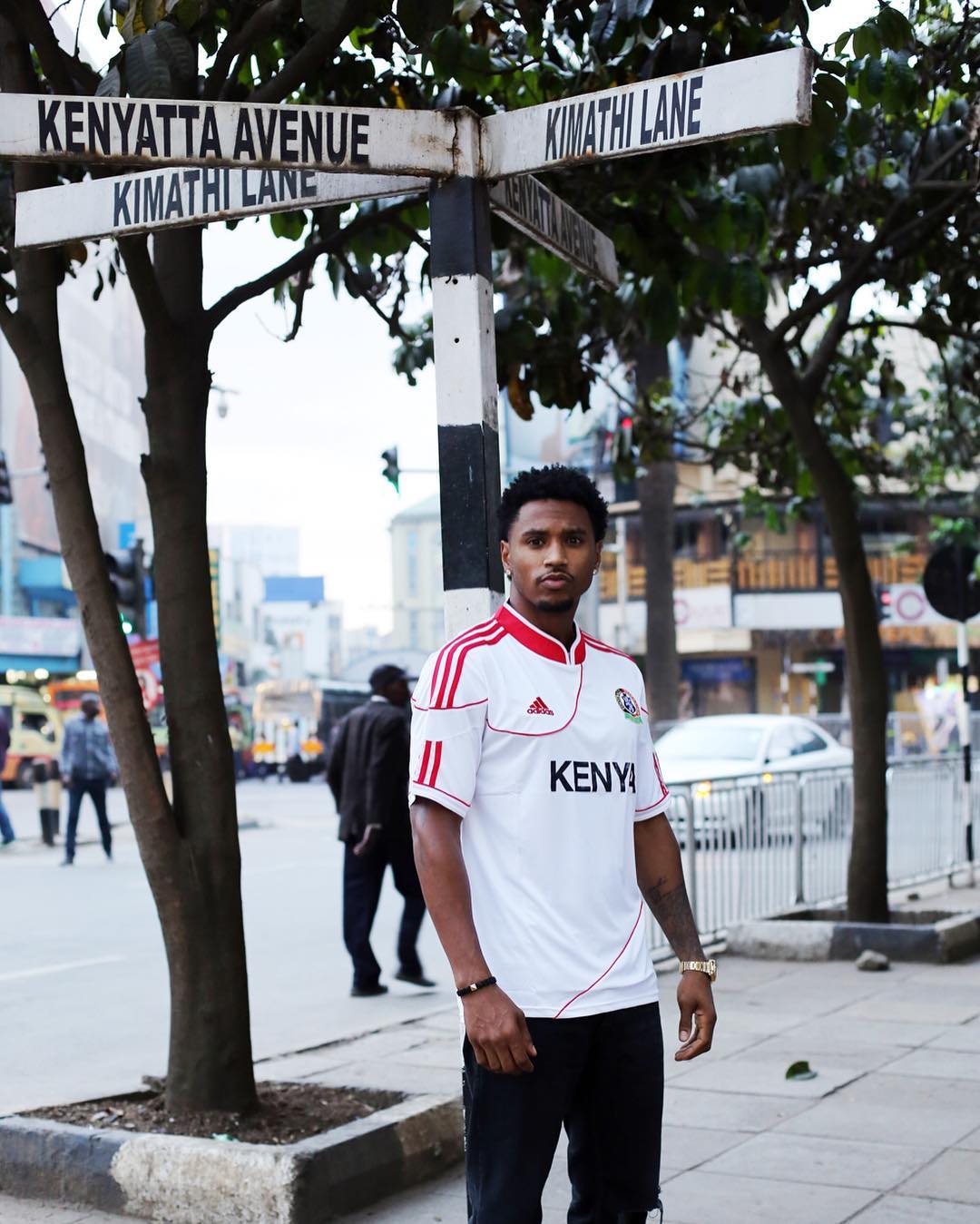 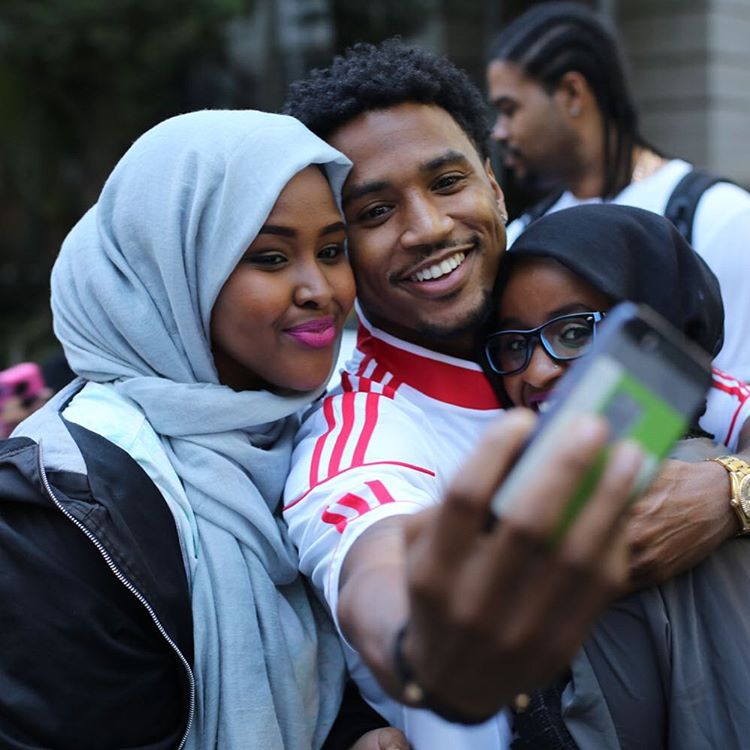 Just a few people noticed him in town and for those who noticed him, they got to take photos. Trey even wore a Harambee Stars jersey which made him blend in even more. He bumped into a young street boy and decided to donate to him around $50 or Ksh5,000 then posed for a photo with him. He captioned it:

This little dude was alone with his empty cup in busy downtown Nairobi and he just looked at me and smiled as we were walking.
I gave him the equivalent of like 50 dollars.

Then I asked him if I could take a picture with him.

Something about how big and beautiful his spirit was, while holding an empty cup put a lot of things in perspective for me. Overwhelmed with gratitude in these moments. Love my people so much. 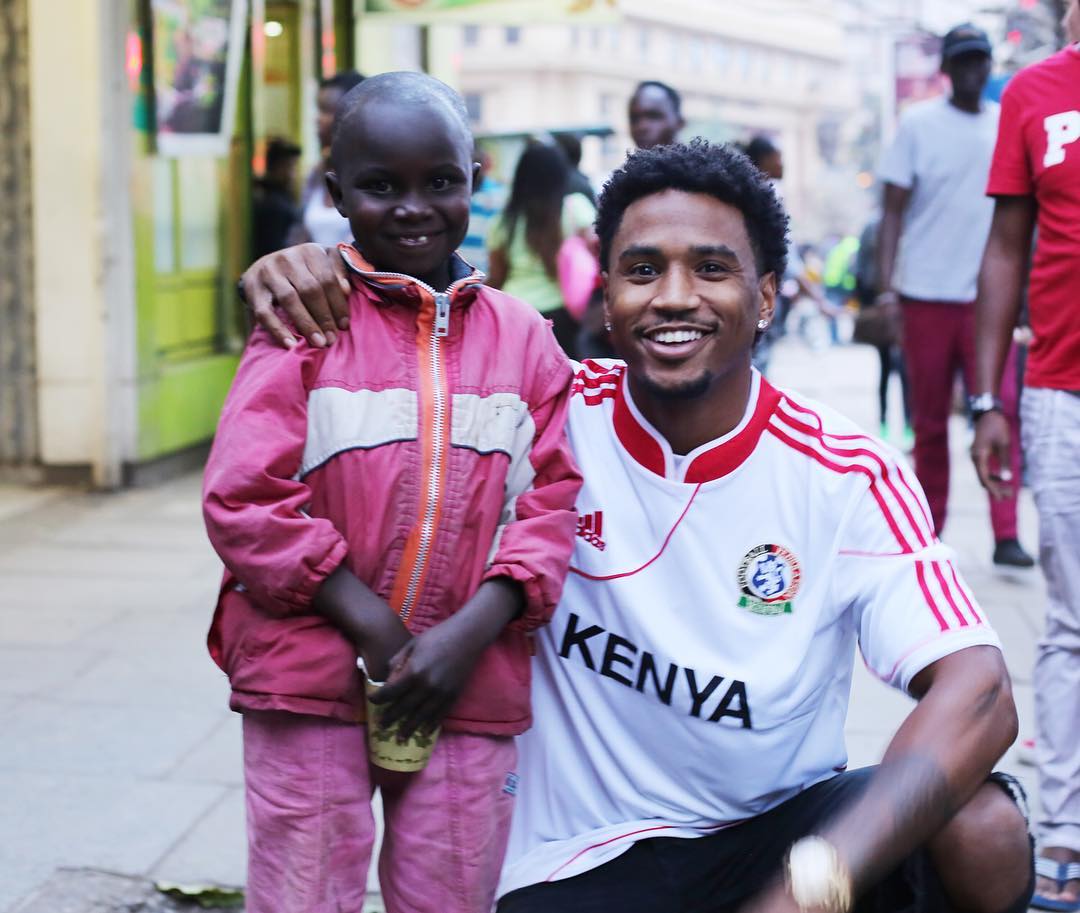