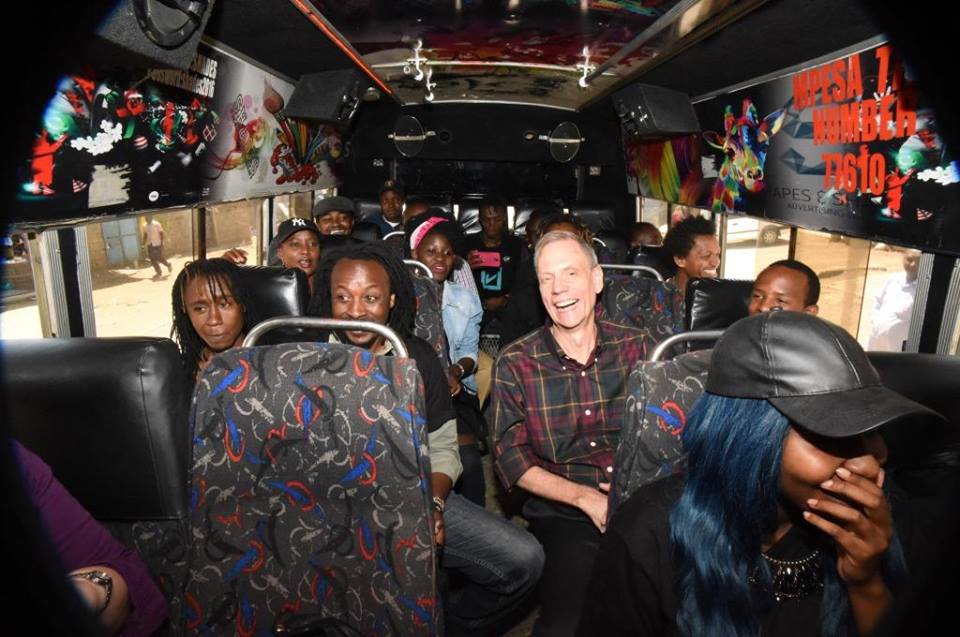 US Ambassador to Kenya Robert F Godec decided not to use his expensive official ride but instead used a matatu as he headed for a tour in Eastlands.

He was specifically going to the IEBC voter registration center in Kariobangi South and was joined by “Mafeelings” singer Dela Maranga. 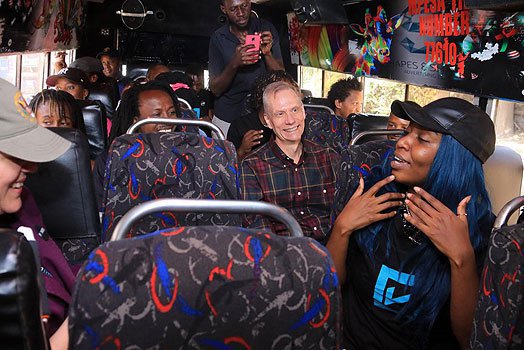 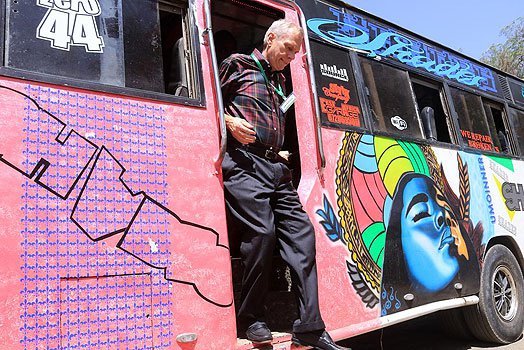 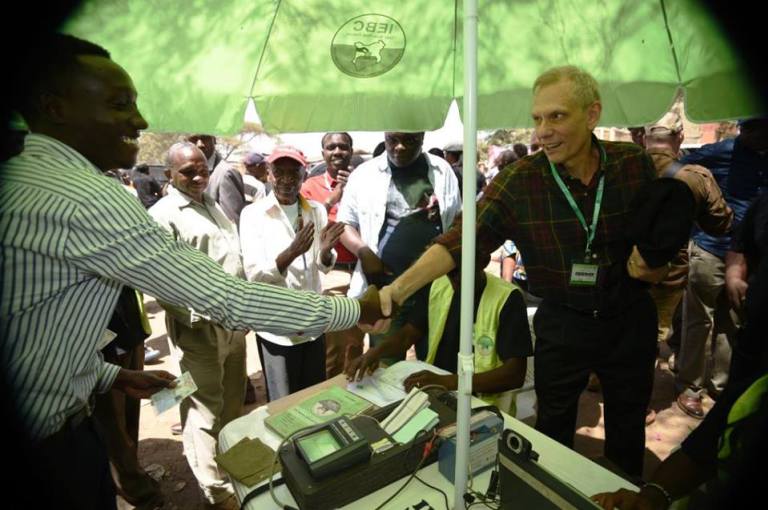 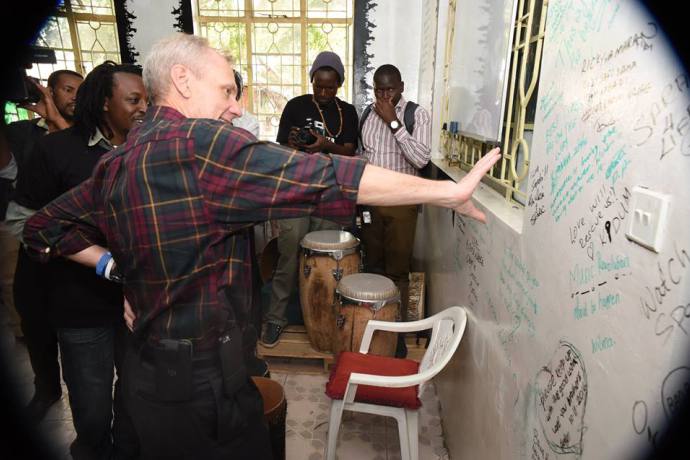 He said this while at the registration center:

“Youth need to make a commitment to use their power peacefully. A commitment to reject violence, and those who would call for violence. The future doesn’t just depend on who wins the election; it also depends on how the elections happen. So show the world what the youth of Kenya can do. Show them you can stand up, and shape your democracy and your future. Show them you support peace AND democracy. The United States does not support any presidential candidate/Political party, Kenyans alone can make the decision on who leads this country,”

Afterwards he went to do some shopping. 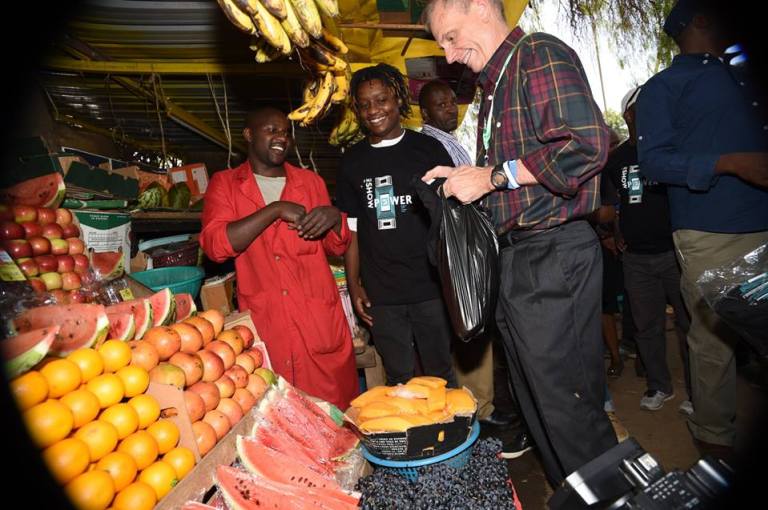 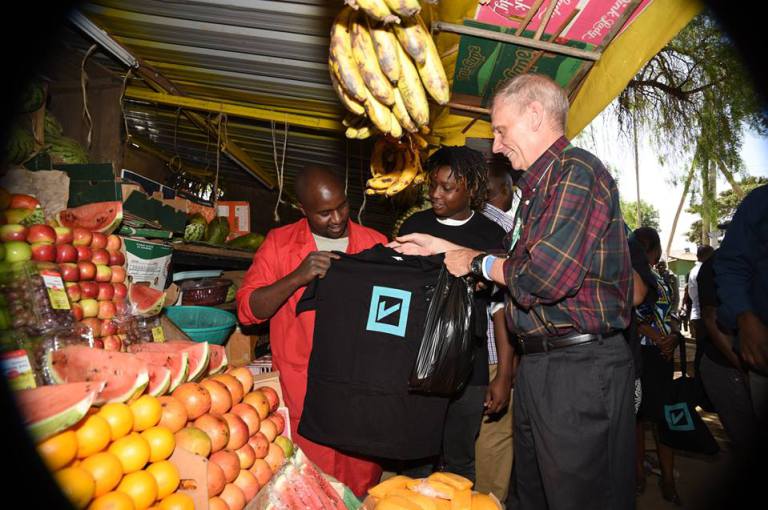