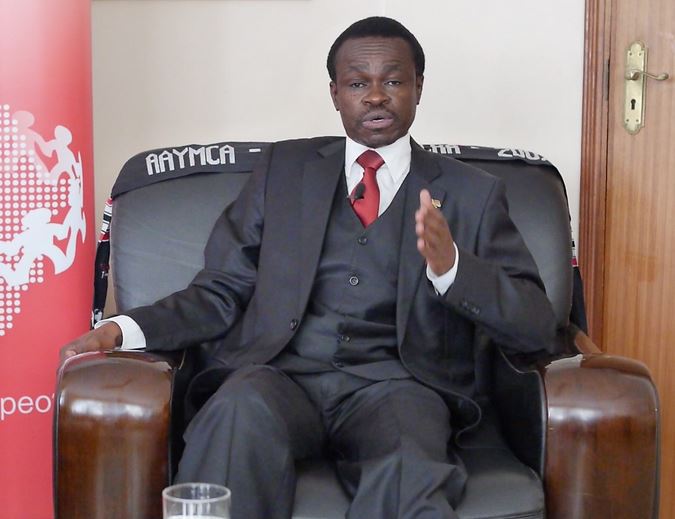 PLO Lumumba is well known for the big words he uses in his vocabulary thanks to his immense studying of various books and other forms of literature.

Speaking to the Nairobian, PLO reveals how unique he was while he still in campus and how very different he was from other regular students.

While in campus, I believed in what I believe right now. That is, I was a slave of my conscience, and not the adolescent tantrums that are common among college students nowadays. I never took part in any strike. I knew that my mind could think something better than being subjected to believe that violence gives birth to solutions.

Right from my Hall 9 No. 413 room at the University of Nairobi where I stayed, I took it upon myself to practice freedom and discipline. I could clean it myself. I woke up early for classes. I never had a case of indiscipline at all. All through my university days, I had to go to church every Sunday at the All Saints Cathedral, something that nourished my Christian faith so well.

I could see many kinds of fashion in college, some funny, some disgusting. Given who I was, I never wore jeans, and to date, I don’t own one. I started donning bishop suits I am known for today while in campus. It became my trademark.

I remained focused in my studies, and one of my favourite lecturers was (the late) Prof H.W.O. Okoth-Ogendo, who taught me land law. Besides, I loved to read. I read widely and wildly.
My colleagues used to drink and go clubbing, but that was not my thing. I never went to a club nor tasted any alcoholic drink. I was a teetotaler, apart from an occasional glass of wine.

My colleagues would ask me why I would not join them, and I always told them that I am simply a prisoner of my conscience!
While in third year, I started dating Celestine, now my wife, who was in second-year then. I was faithful to her and later, we married. Though I dated, I put lots of effort to my academic work and that is why I graduated with a First Class honours in law in 1985.