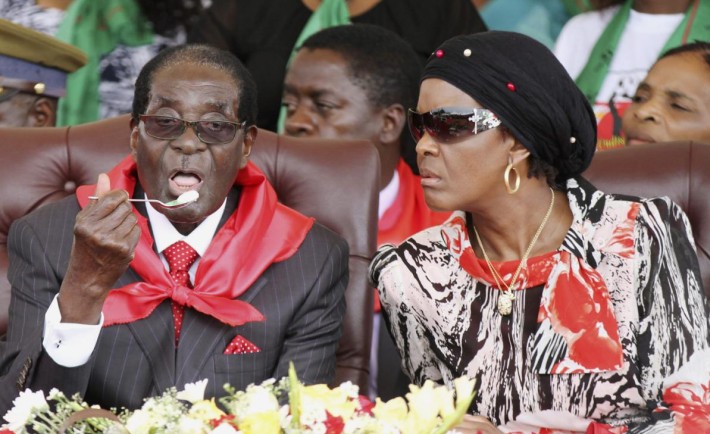 President Mugabe is one of Africa’s longest serving president who kind of rules with an iron fist. Lots of controversy follows him everywhere he is.

The latest controversy is a rumor that he allegedly fired his chief of defence for staring at his wife’s behind when she bent down. There are photos actually proving this. The government spokesman is yet to confirm but meanwhile enjoy the drama

Mugabe has fired his Chief of Defense Forces,seated next to his wife in the photos below.Reason? Photos tell it all😂😂 pic.twitter.com/aJwGQw8CXV 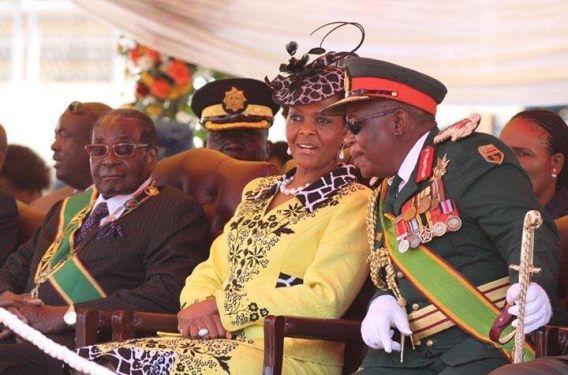 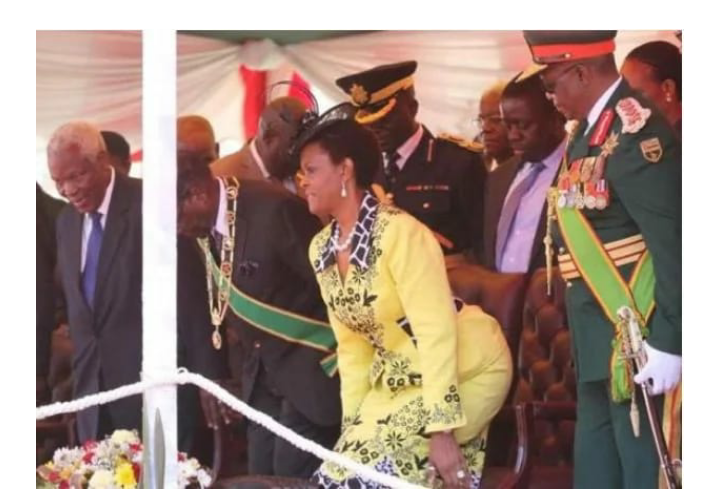