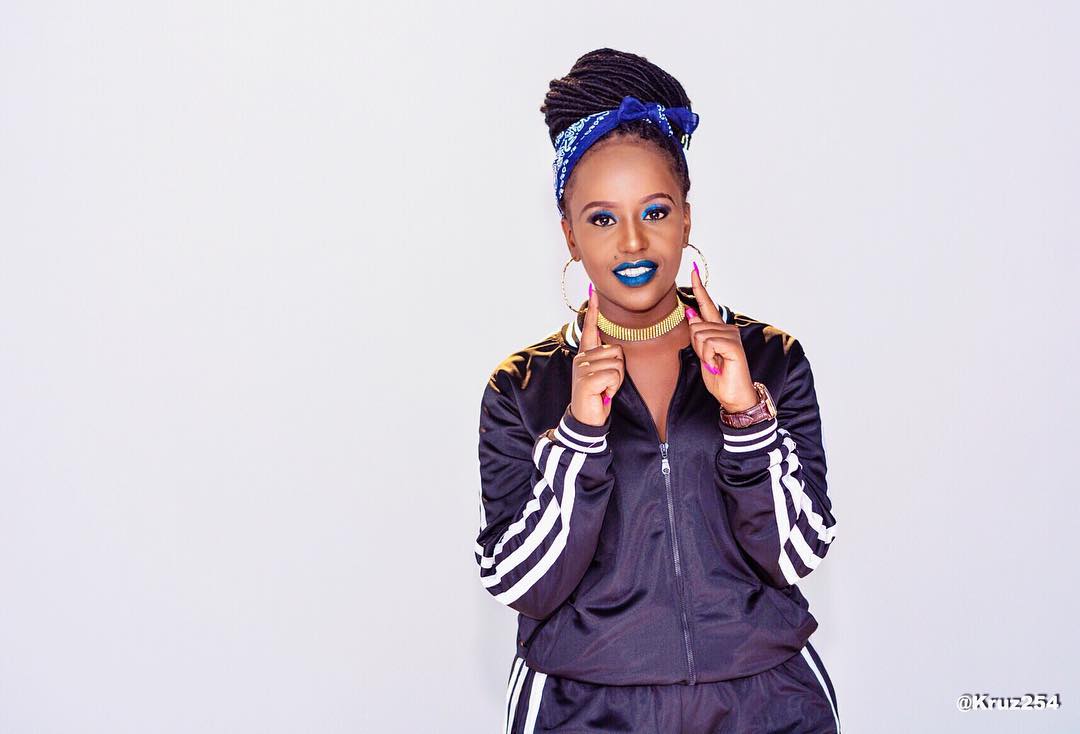 Femi One (Wanjiku Kimani) is one of the fastest rising female rappers we have in Kenya and her song Tippie Toe has been dominating the air waves for so many months that they had to do a remix. She has loved rapping ever since high school where she used to rap along to Nazizi. The song Ligi Soo catapulted her into the industry in a big way and so far things are going so well with her hard core rap.

Recently, the Kaka Empire rapper decided to shed off her gangsta image and stepped out in a black lingerie outfit with a pair of white converses. Just check her out. 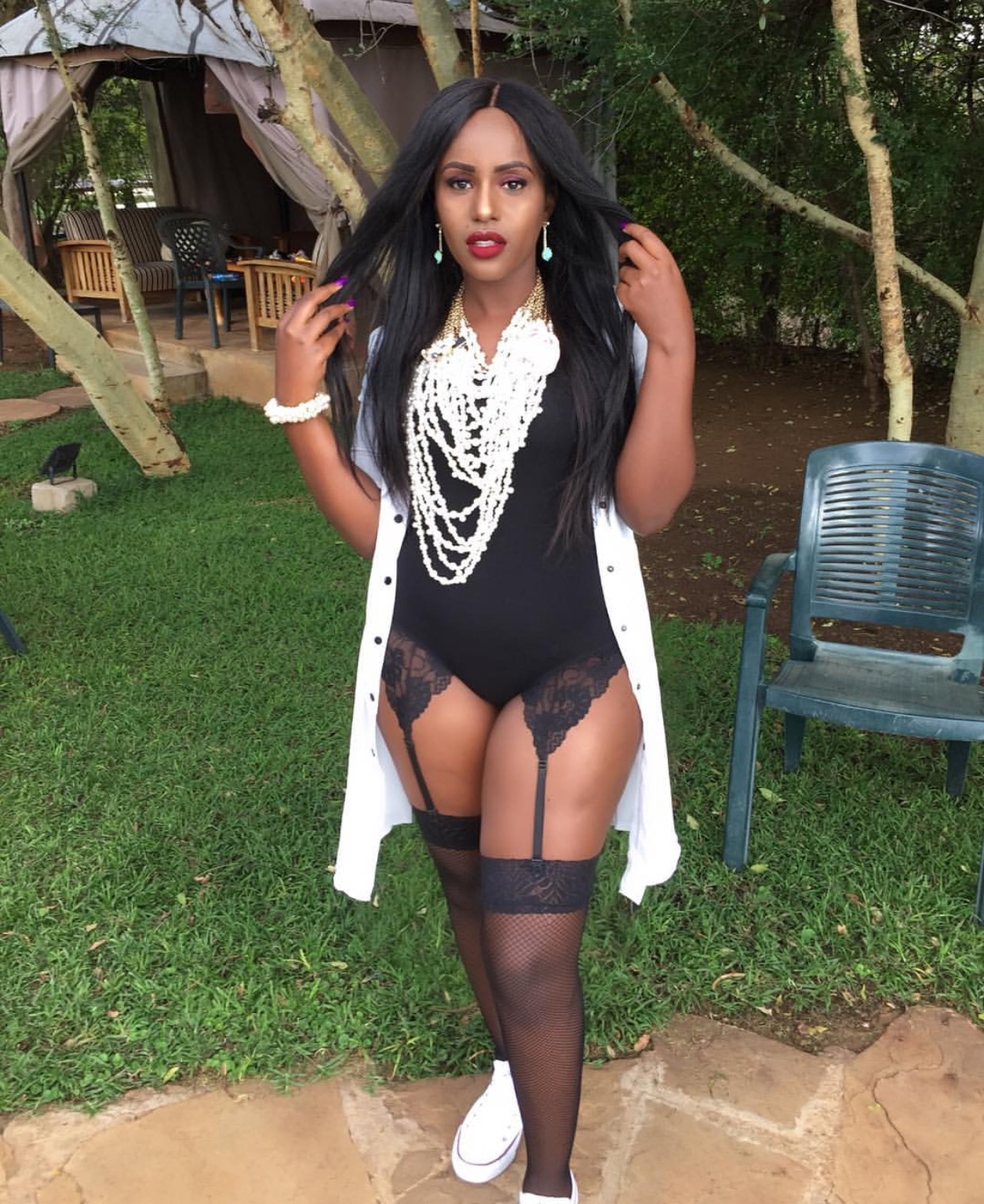 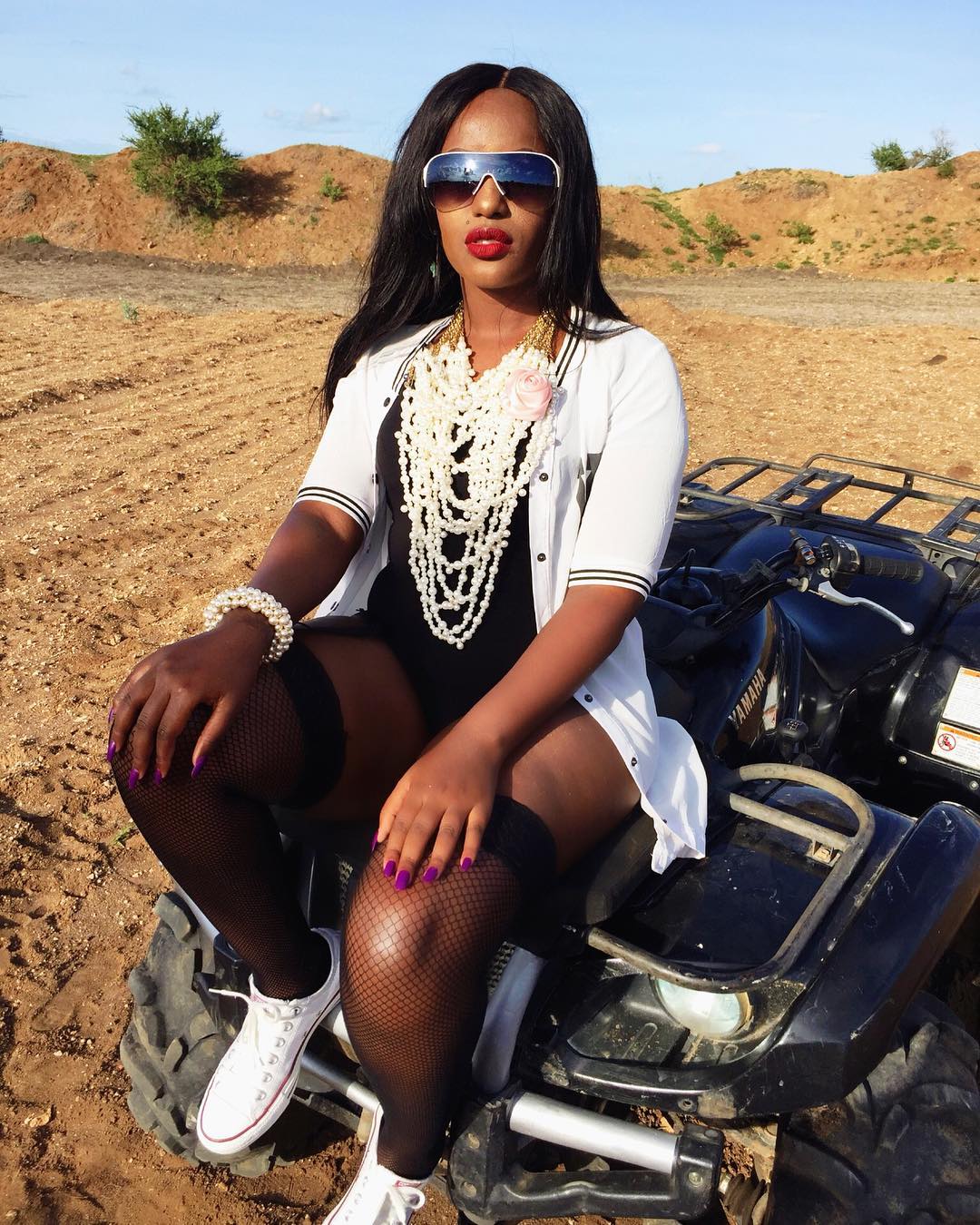 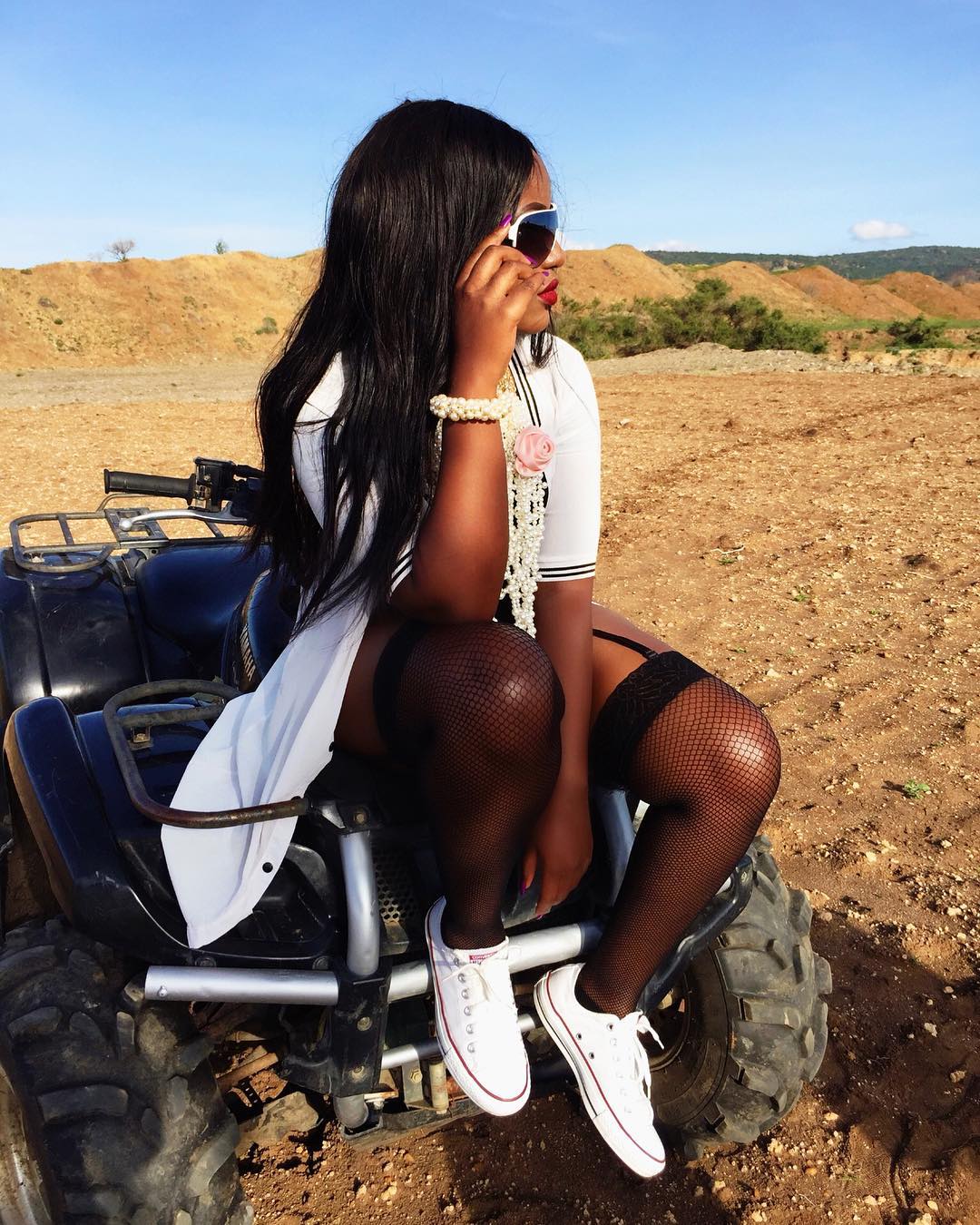