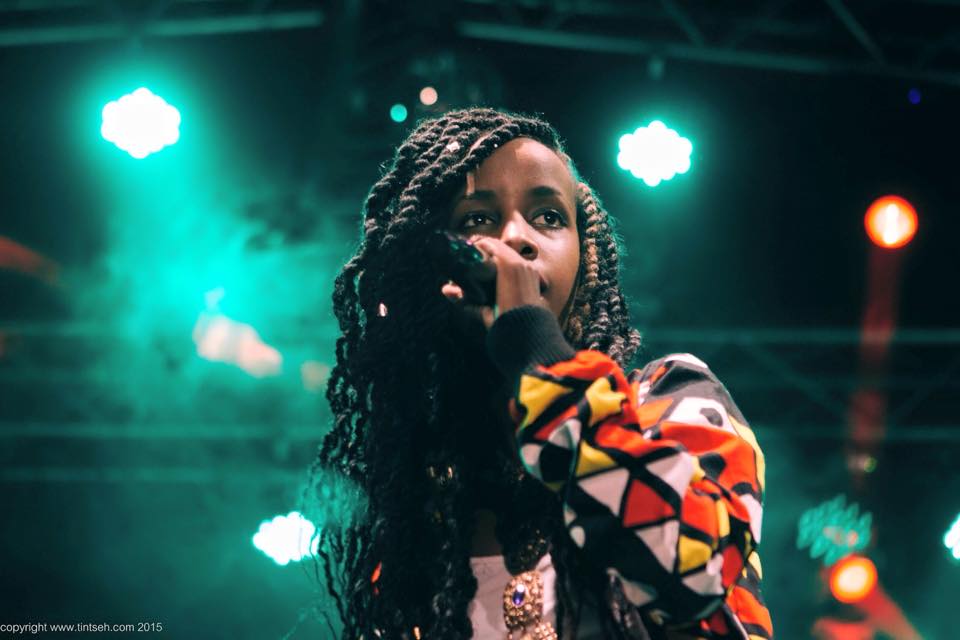 Rapper Wangechi was an angry woman yesterday that she took to social media to air out her complains. According to her, apparently Tecno Mobile had used her photo in various social media adverts. She claimed they had not contacted her with regards to the usage of the image hence they should now pay her.

Another thing, it is claimed that the photo was submitted during a competition ran by Tecno so they might own the rights to use the image. This was stated in the terms and conditions