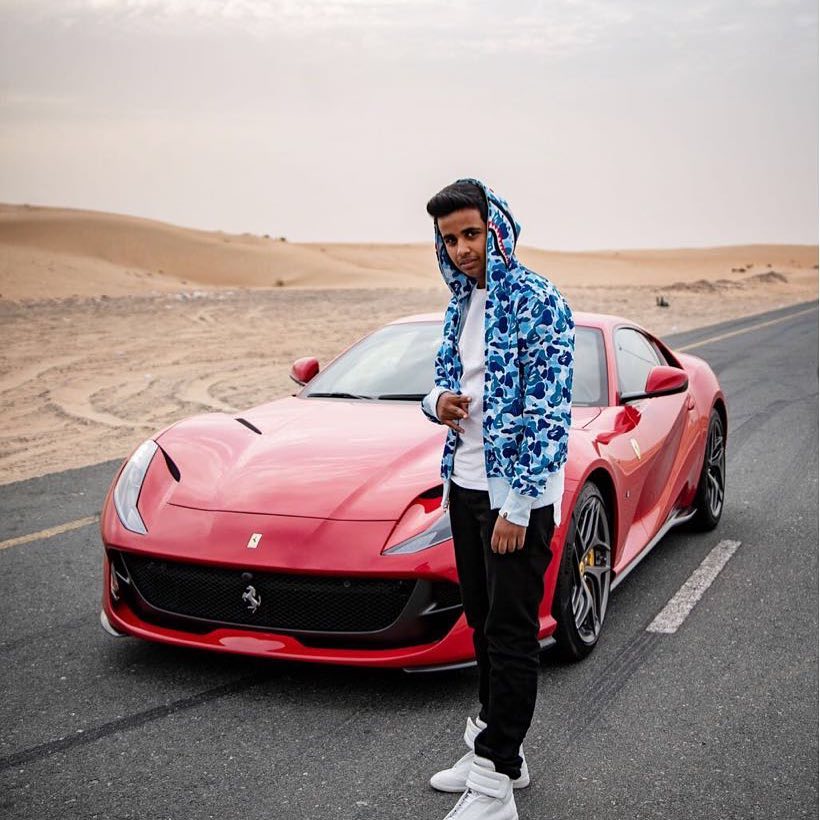 Rashed Belhasa aka Money Kicks is an UAE vlogger known for his car collection, sneaker collection  and his You Tube channel Money Kicks.

He was born on 5th January 2002 in Dubai, UAE. His parents are Saif Ahmed Belhasa, a construction billionaire in the UAE and his mother Sarah Belhasa. He has two brothers Abdulla and Mayed Saif Belhasa. His father has a net worth of more than $2 Billion. He studies at the International School of Arts and Sciences in Dubai.

Rashed and his family have hosted a number of celebrities like the Manchester United team in 2018, Floyd Mayweather, DJ Khaled, Nicki Minaj, Rita Ora, Tyga, Meek Mill and Wiz Khalifa. They own a farm house with a variety of exotic animals like jaguars, bears, white lions and tigers.

He has won a couple of awards like the Stardust Youngest Influencer of the Middle East in 2017. 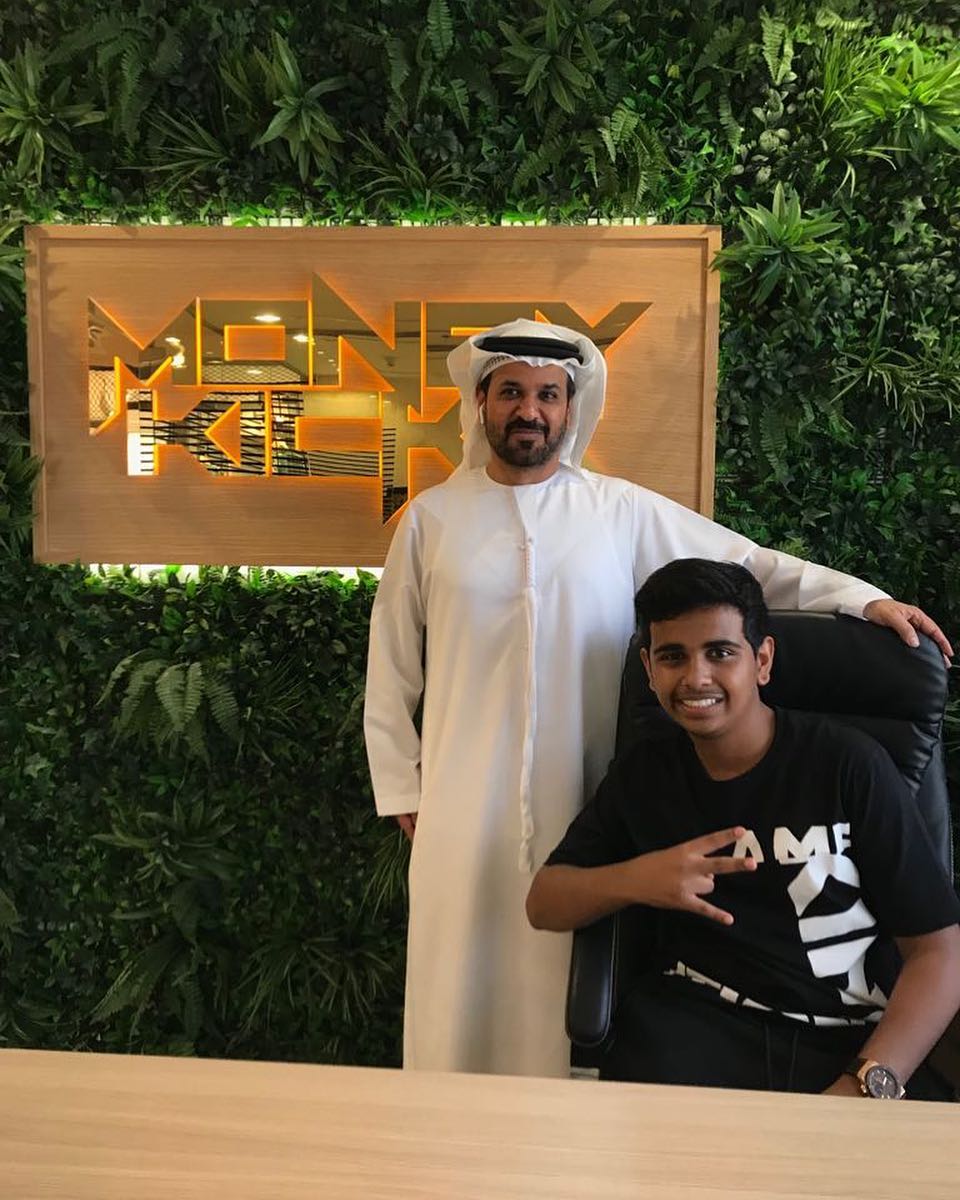 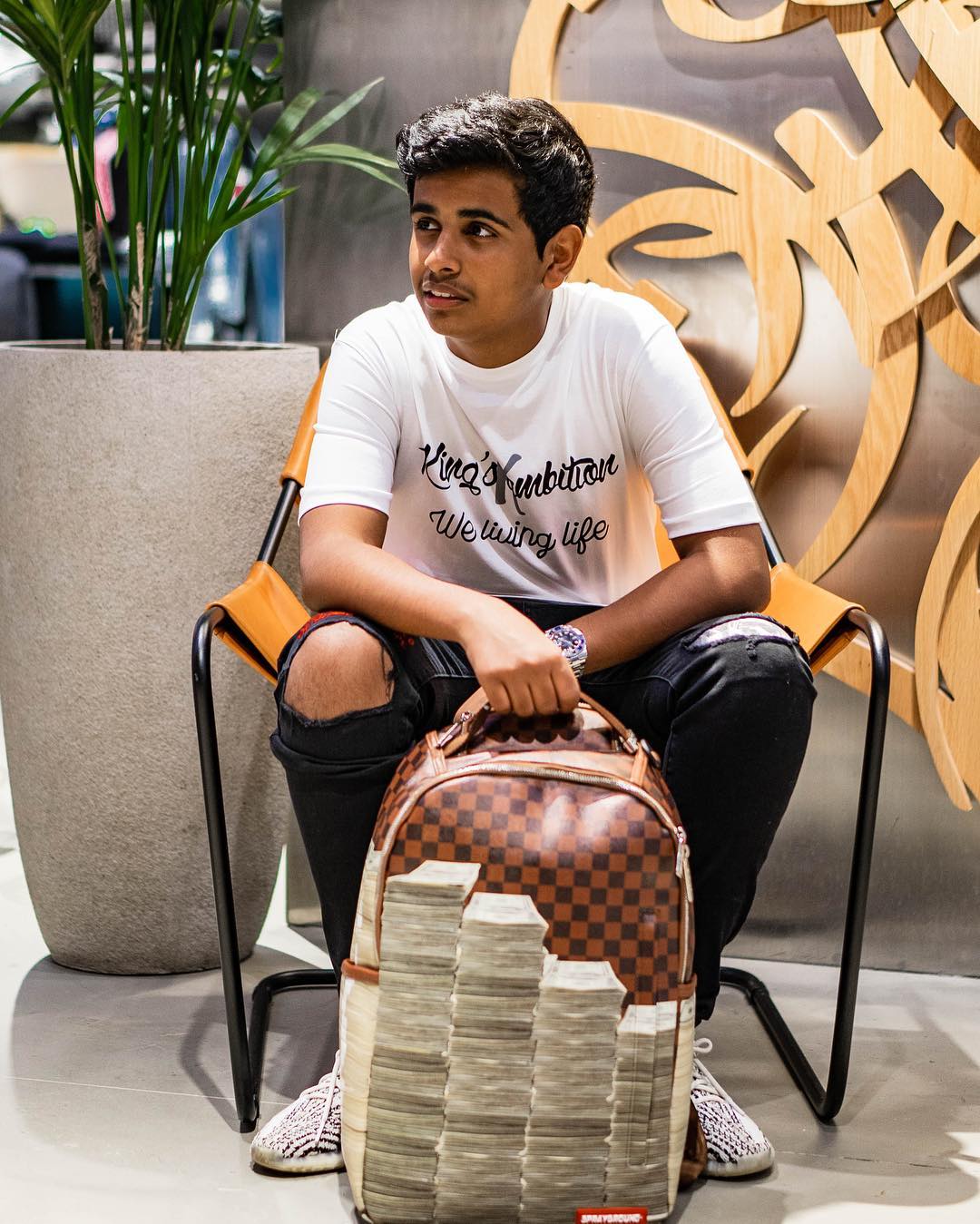 Rashed has his own clothing line called KA-1 Clothing that deals with cool t-shirts, hats, sweatshirts and denim. He also has a website and ships worldwide. He also owns Money Kick Store that deals with back packs.

He also owns a You Tube channel called Money Kicks with more than 1.6 M subscribers. He posts videos of his cars, sneakers and also the celebrities he meets. He has also appeared on MO Vlogs, a fellow YouTuber in UAE.