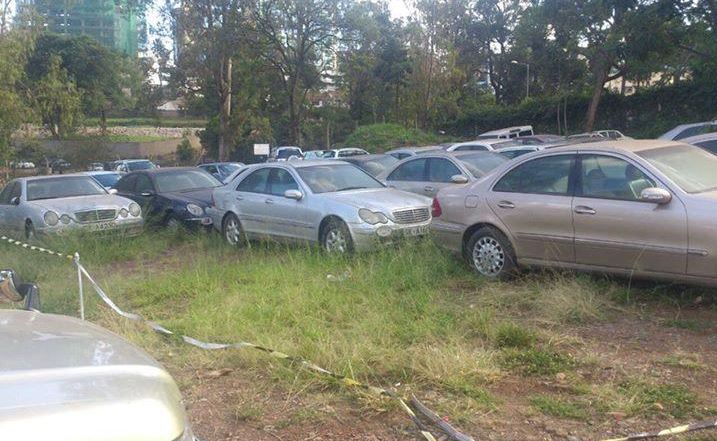 Around two weeks ago, The Judiciary arm of government was getting rid of idle luxury cars that were sitting in its yard. Majority of them were old Mercedes Benz cars and the most expensive was a Land Rover 110 priced at ksh455,000.

The auction took place and the cars were sold at much higher prices some fetching as much as Ksh2 million. Here is the list 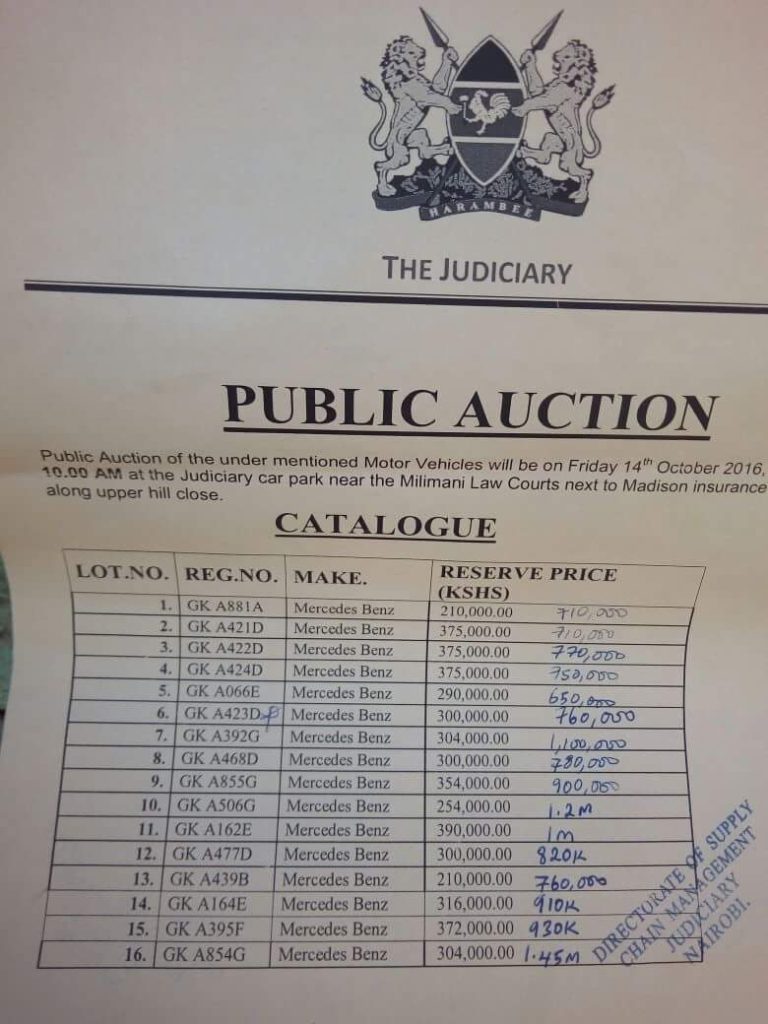 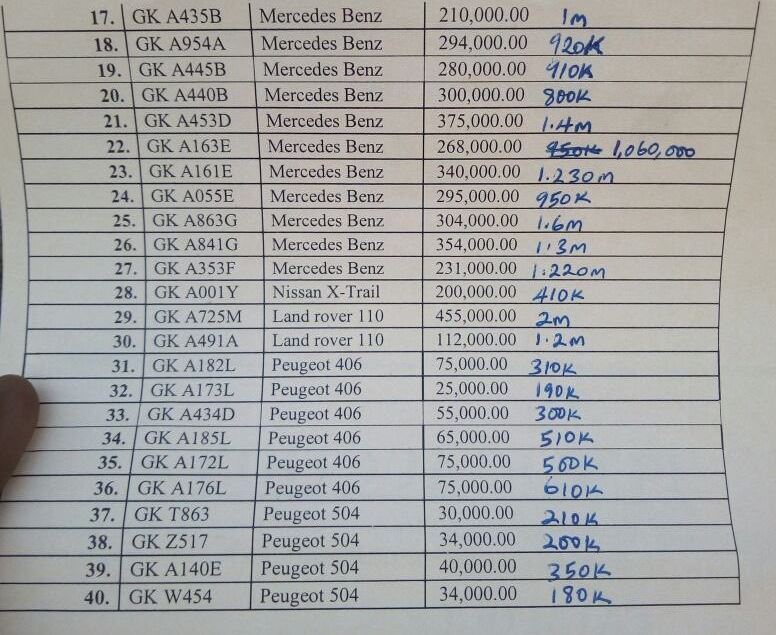