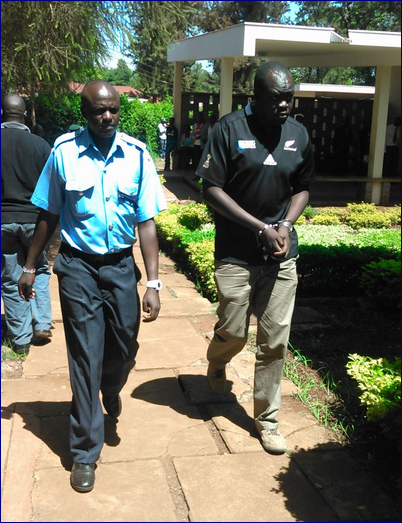 We all know Robert Alai from social media due to his strong political opinions and significant influence in the Kenyan social media space. Well this dude got arrested and was charged in a Kiambu court with undermining President Uhuru Kenyatta in one of this posts on Twitter. This was after releasing the president’s personal phone number on his Facebook and Twitter posts.

Alai denied the charges that were read out to him and he got released on a cash bail of Ksh200,000. If you were wondering which Twitter post got him arrested this is it: “Insulting Raila is what Uhuru can do. He hasn’t realised the value of the presidency. Adolescent President. This seat needs maturity’. According the charges, this post was circulated with the aim to bring into contempt the lawful authority of the President of the republic of Kenya. His case will be heard on February 16 2015.