Remember that mzungu pilot who filmed assaulting a female police officer? The one who flew Deputy President William Ruto to an event in Nyandarua in February? Well he is not in jail hahahaha.

Alistair Patrick Llewelyn (the pilot) was recently posing for photos with Nairobi lawyer Donald B Kipkorir after flying him to the Great Rift Valley Golf Lodge, Green Park, Naivasha to attend the reunion of University of Nairobi 1991 law class. 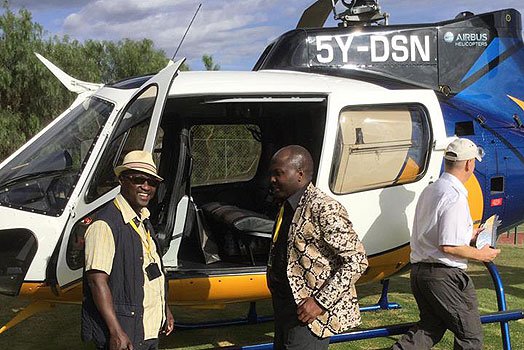 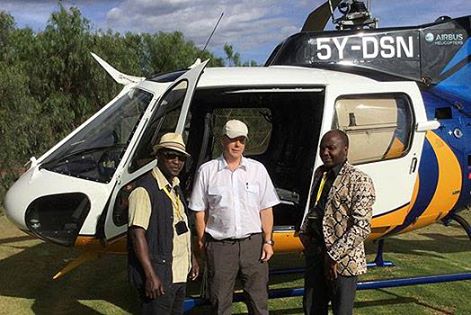 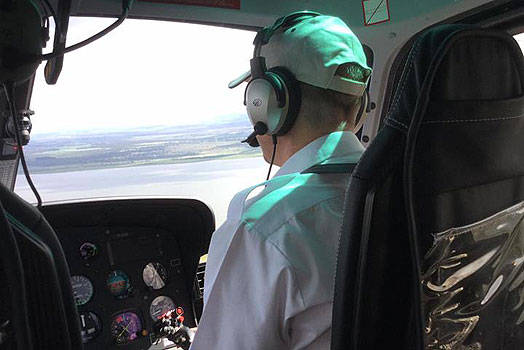 Kwae Island Development Limited, the operators of the helicopter 5Y-DSN, had subcontracted the services of Mr Llewelyn the said they has terminated the services back in February. The pilot was then later arraigned at the Engineer Law Courts in Kinangop charged with causing distrubance and assault. 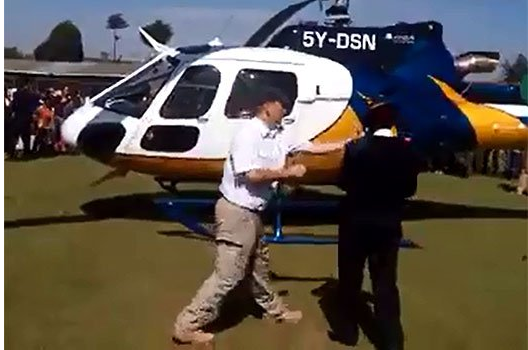 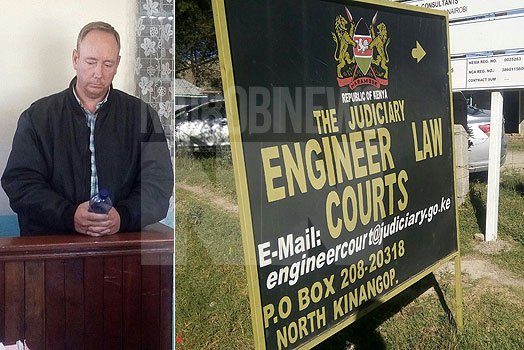 The pilot is now out on a Ksh250,000 cash and can continue with his services. My dear readers, don’t go around assaulting police officers cause you will not get the same treatment this guy did, trust me.