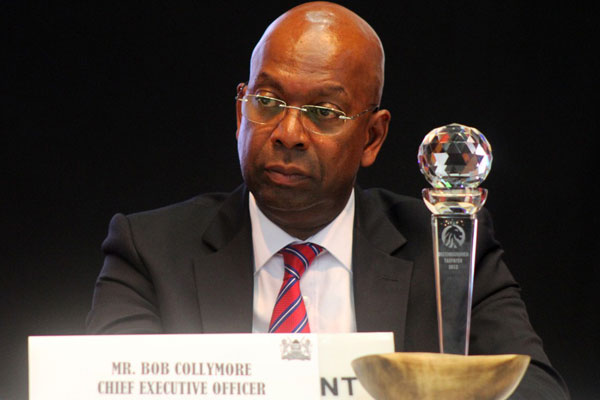 Safaricom made a net profit of ksh23 billion making the company the biggest money maker in Kenya. Safaricom’s CEO Bob Collymore also revealed that the company is very charitable since it is spending sh2 billion to build a school here in Kenya.

The board of Safaricom has decided to reward its CEO with something special, a private jet. Collymore said he would have preferred a helicopter since that is what fascinates him most plus he can also fly them. He learnt how to fly helicopters while he lived in South Africa. A purchase of this amount would be a drop in the bucket for the telecommunication company since it can easily make the money within a day or two.

Safaricom has 21.5 million voice subscribers and this number is growing every day especially after the exit of Yu mobile. It’s three competitors Airtel, Orange and Yu are actually making losses. If Orange exits the market, South Africa’s MTN may come into the market.