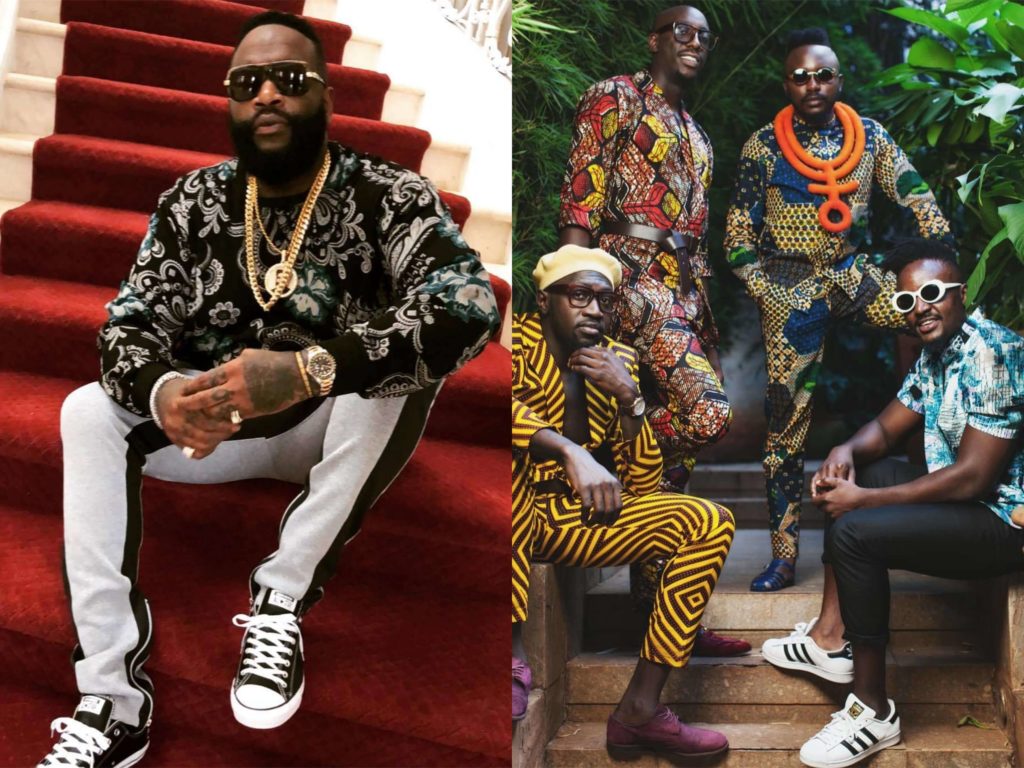 Last weekend, the big boss Rick Ross was in Nairobi to do one of the most anticipated concerts this year. During his stay here Rick Ross got to enjoy one of Kenya’s biggest entertainment export known as Sauti Sol. One of their popular songs called “Live and die in Africa” captured his attention and he wanted to put his verse into that song.

During an interview he said, “When we were driving here and I was listening to a song and it was a record called Live and Die In Afrika. I want Sauti Sol to make sure you get that instrumental to my DJ so that I can put a verse on it.”

S/O the boss @richforever for the love. We’re humbled and say no more, sending the track right away. 🌍🔥🙌 #LiveandDieinAfrika

Sauti Sol decided to respond to this huge opportunity and join the likes of P Square who have done a collaboration with Rick Ross. They said, “S/O the boss @richforever for the love. We’re humbled and say no more, sending the track right away. 🌍🔥🙌”