Capital FM radio presenter Anita Nderu has recently opened up to the public for the first time why she rarely uses matatus as a means of transportation. She was interviewed by BBC and she narrated how a man groped her breast while she was in a matatu and no one did anything. 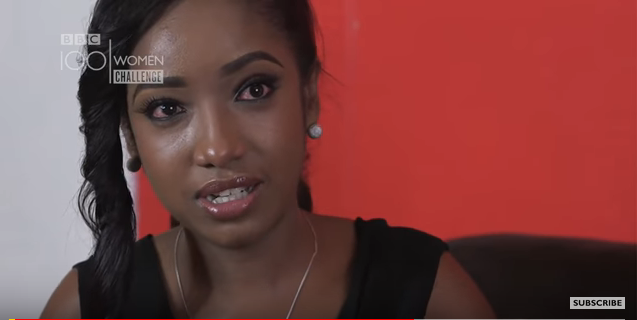 I have been harassed twice in a matatu and once in a taxi and it’s a story I will have to remember for the rest of my life. It’s just not fair. I have used matatus twice since the incident, I’ll never be 100% comfortable as I was before. It all happened during the day when I was going to work. My thoughts were somewhere, so I was sitting facing the opposite direction, holding my bag then I just felt something cold on my left boob. I looked down and I see a hand and I follow that hand and it’s this man who had tucked his hand into the sweater, into the bra and just hanging on to my boob.

And I’m like what are doing? Get your hand out of my boob. I try to get his hand out and he says to me but why do women have boobs then? Are they not there for us to touch them?

It’s the most helpless feeling because it’s not fair. You can’t just touch someone without them giving you the permission to do that. So he finally removed his hand and I’m shouting for the conductor and I’m like “This man is grabbing me, you’ll never believe what he has done” and I’m telling the conductor what has happened and the conductor is like “There’s nothing I can do”

As soon as the matatu comes to a halt, this man pushed my legs and gets out and walks away. I got out of the matatu and just stood out there and cried. Not one person asked me why are you crying. People just walked by.