For some people the thought of eating a dog is unimaginable while for some they salivate in their mouths. Well some Chinese people decided to slaughter this poor dog and start skinning it in preparation for a tasty meal. The little dog in the picture cannot believe its eyes. 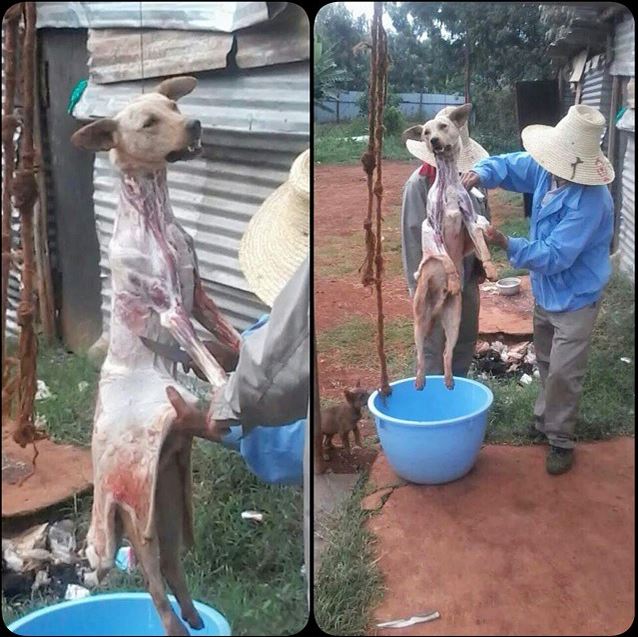