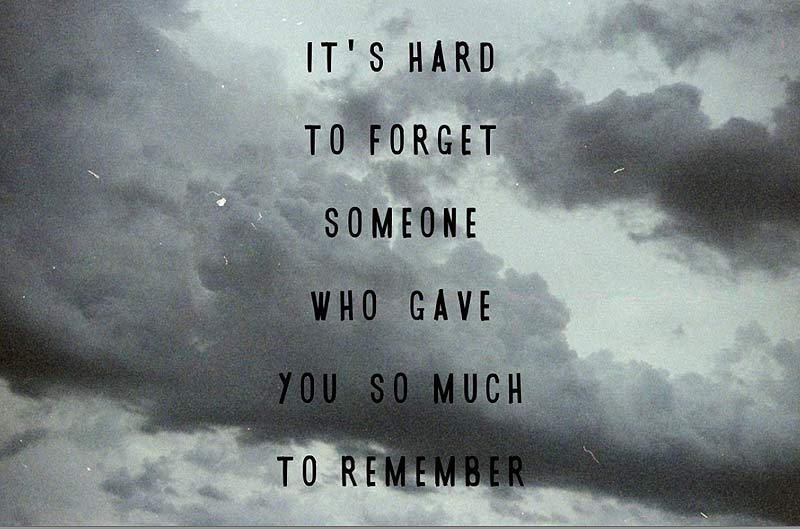 At some point, we have a departed loved one that we cherished so much. They end up popping in our minds from time to time as things in our lives remind us of them. Below is a list of songs about remembering someone:

Taylor Swift uses back and forth conversational lyrics to evoke a heavy feeling of loss and nostalgia for a past relationship that ended because one party was not putting in an equal amount of effort.

Marjorie was an opera singer who passed in 2003. She helped inspire Taylor Swift to get into the music industry. Taylor describes the lessons Marjorie taught her that still live on in her.

4. Green Day – Wake Me Up When September Ends

Green Day lead singer Billie Joe Armstrong wrote this about his father who died of oesophageal cancer on September 1st, 1982. The title of the song comes from what 10-year-old Billie told his mother after his father’s funeral. He had locked himself in his room and when his mother knocked he said, “Wake me up when September ends.”

The song was a tribute to a friend of the band’s who worked for the label. She got cancer and passed away.

Lyrically, the song looks back at the past and pays homage to those in our lives who may no longer be with us.

The track was inspired by Platt’s great uncle. He sang about all the things he wished he could have vocalized to him before he passed away. He was the only other queer member of his family he knew about.

The song was dedicated to renowned Australian music promoter Michael Gudinski who passed away in 2021.

The song was inspired by the loss of his paternal grandfather who passed away unexpectedly in his house.