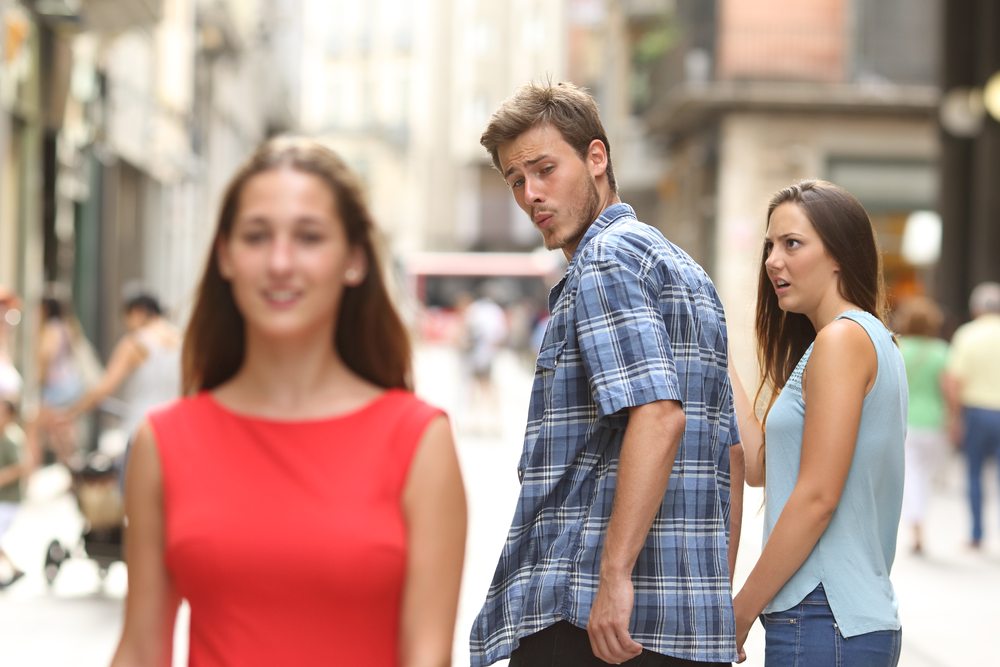 Feelings are some of the hardest things to control and sometimes they crop up a the wrong time. This can be when we are in a relationship with someone and suddenly someone else catches our eye. If you are in such a situation here is a list of songs you can try out:

The song talks about the bitterness of surviving the marriage of someone you hadn’t let go of completely and the helplessness in face of this finality.

The song’s concept came about when he was with one girl then flew across Los Angeles and fell in love with another girl. It became the lead single for the album My Way.

This was their most successful track and was able to hit Triple Platinum status.

This is a dance pop song where Carly cheats on her current partner for the favour of someone a lot more interesting.

Ella and Chris sing about engaging secretive relationship even through they realize its wrong.

This is a single off the FAME album and draws inspiration from MJ.

Ed describes all of his initial thoughts on his ex-girlfriend’s boyfriend and how she’s changed because of him. She’s not satisfied so she looks for love in other places including with Ed.

Ariana talks about being with someone while loving a different person.

The song finds Katy describing her past with a former lover of whom she considered to have been her best relationship. She sings about not being happy with her current boyfriend as she was with her ex.

The song was based on how she started a relationship with actor Eddie Cibrian while they were both still married.

In the track Trey Songz tells his lover that it was the last time he will cheat on his girlfriend. He just wants it one more time.