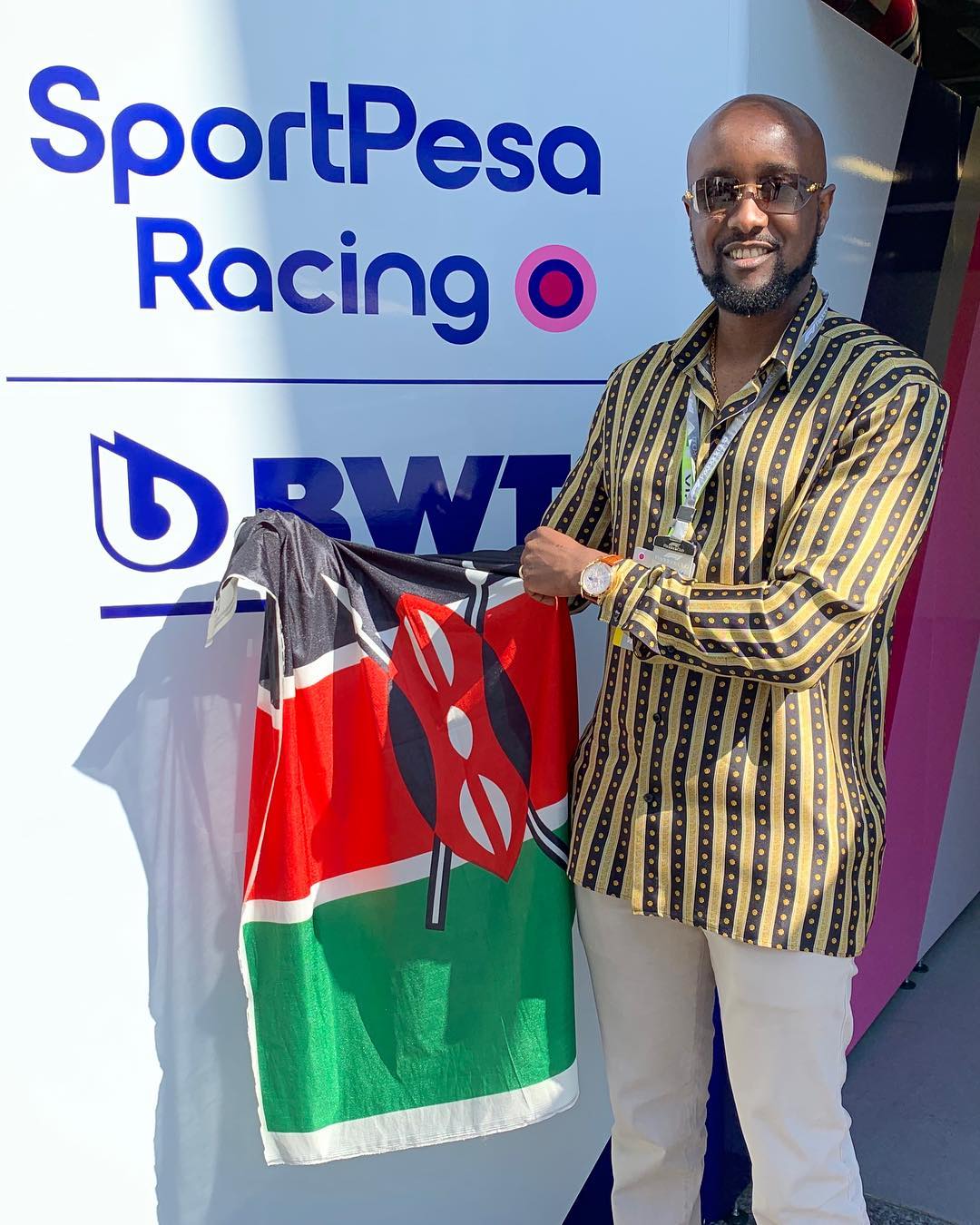 Sportpesa CEO, Ronald Karauri, decided to fly up to the city of Baku in Azerbaijan for the  4th installment of the 2019 Formula 1 season. He was there to show support to the SportPesa Racing Point F1 team which they had invested in early this year. SportPesa partnered with Racing Point in a multiyear sponsorship deal all through till 2021. It is understood that they will pay $8 million for its first year, $10 million in 2020 and a further $12 million should they stay on till 2021.

Ronald Karauri gets the exclusive VIP passes to be able to see what happens in the garage behind the scenes and also gets to be on the racing track before the race starts. Here are some awesome photos he shared when he attended today’s race fixture. 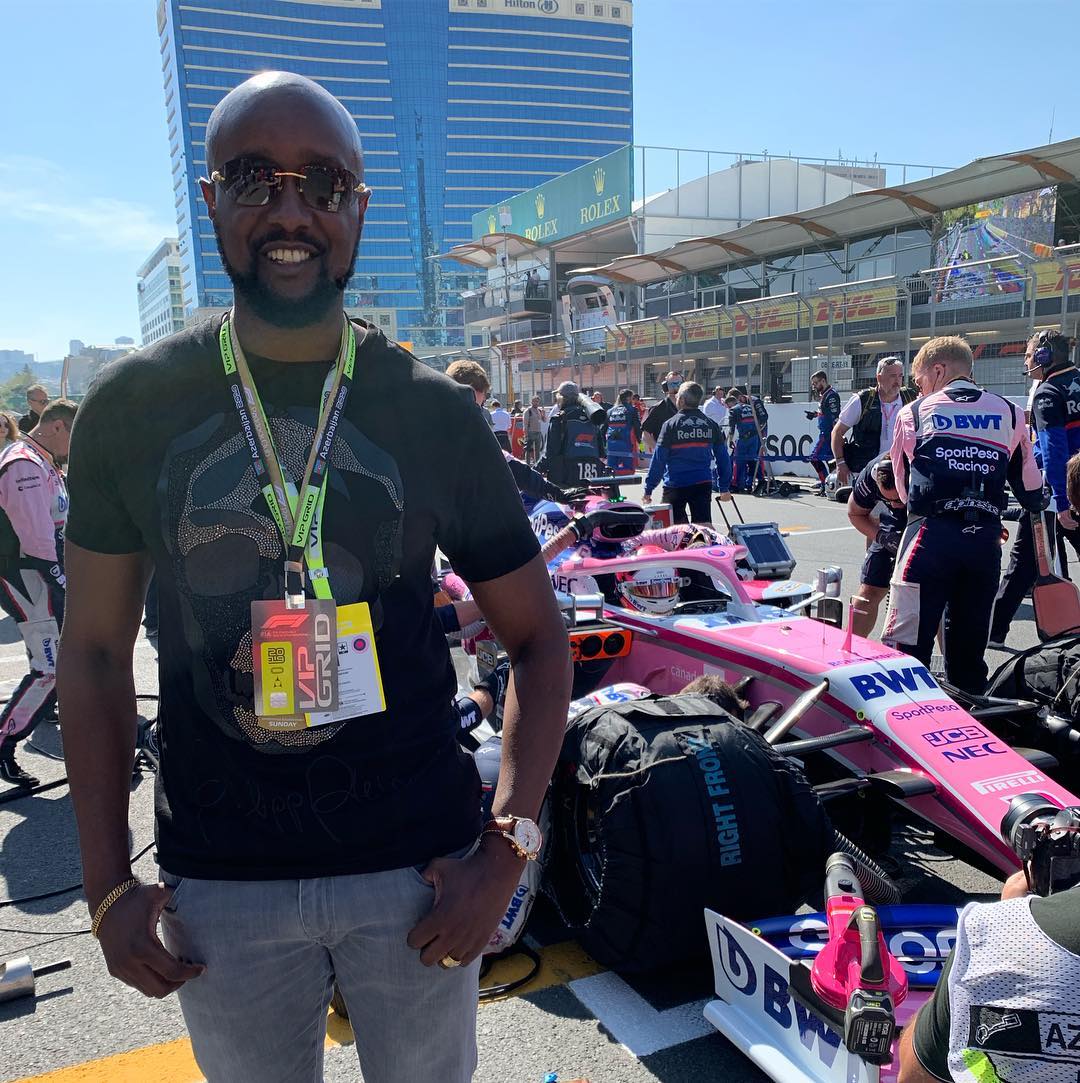 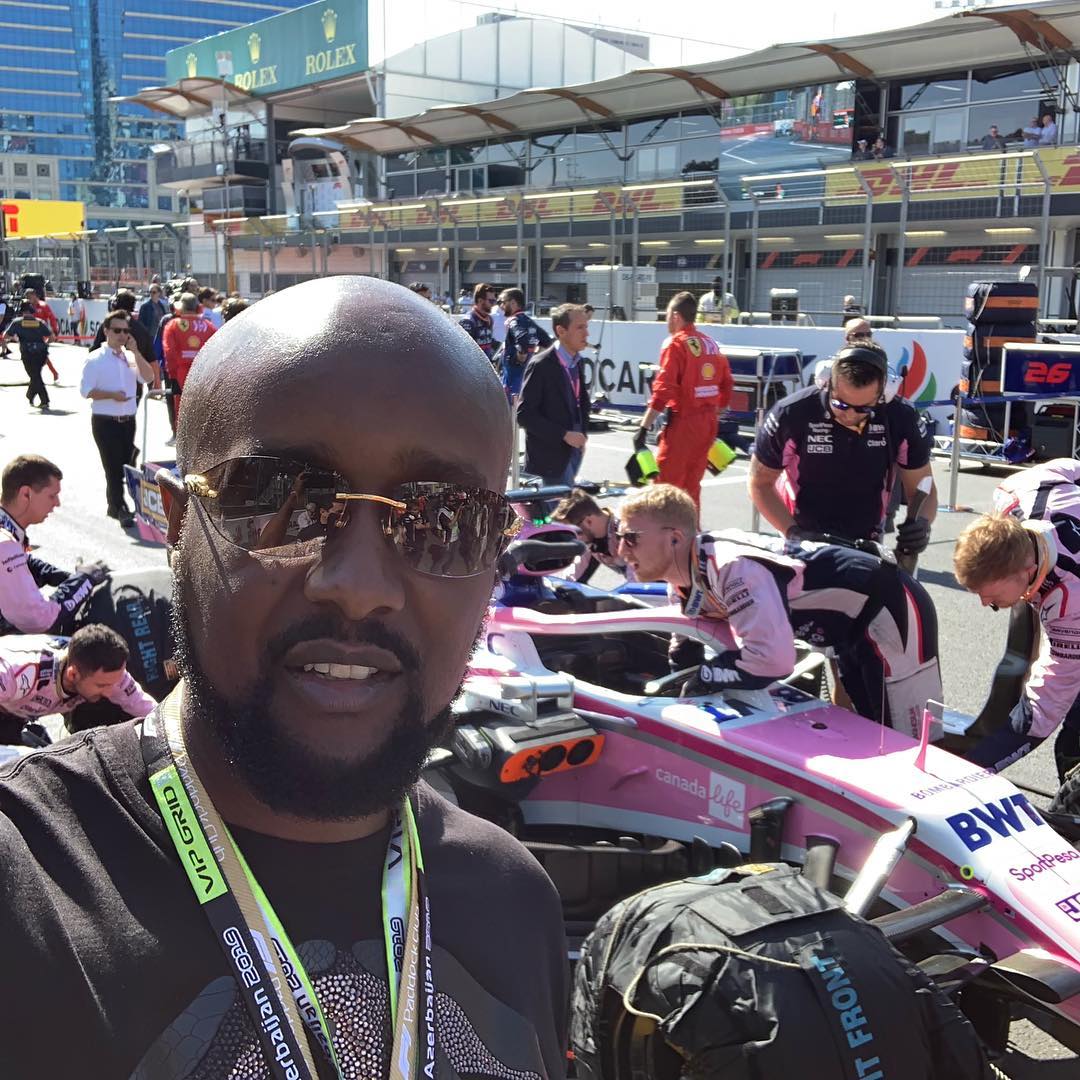 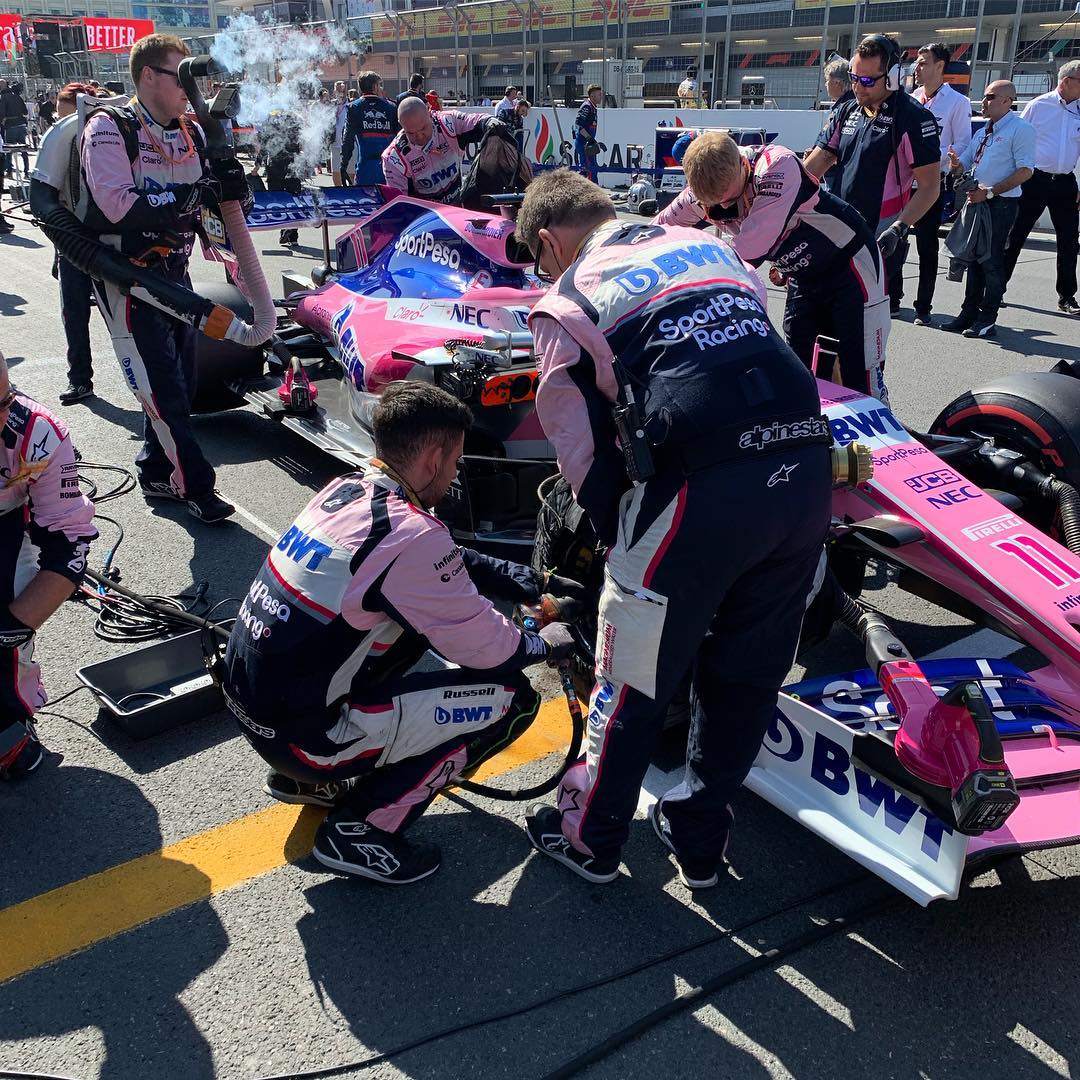 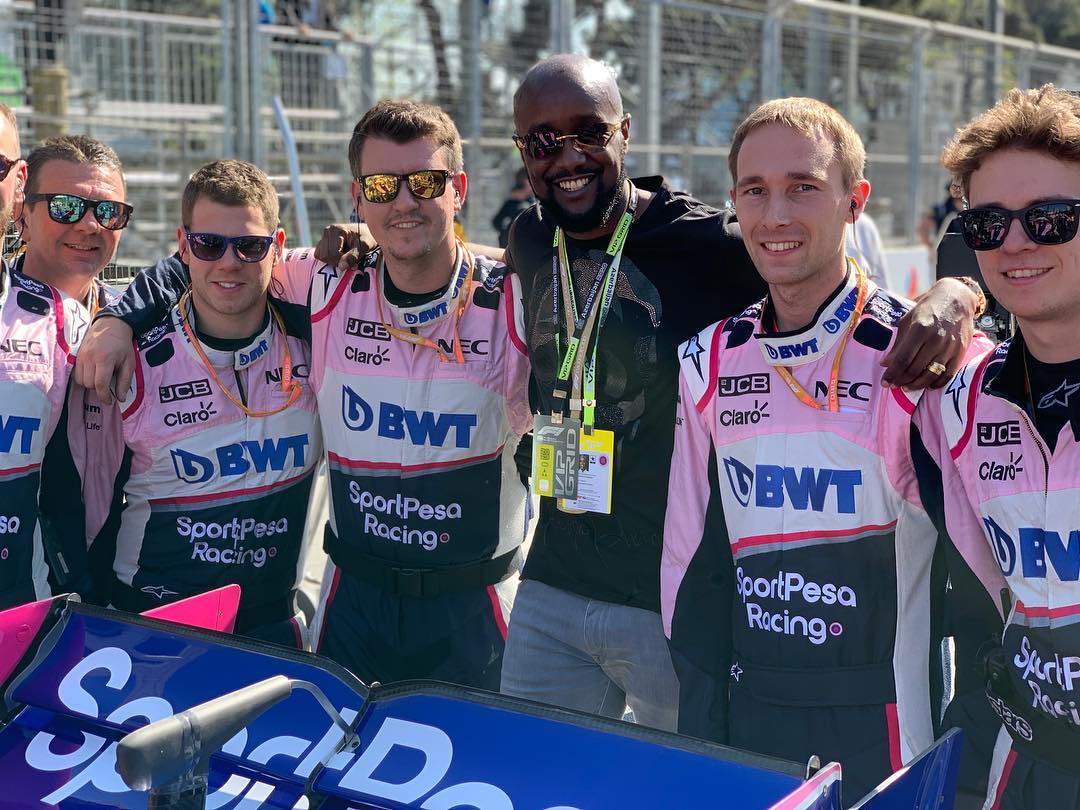