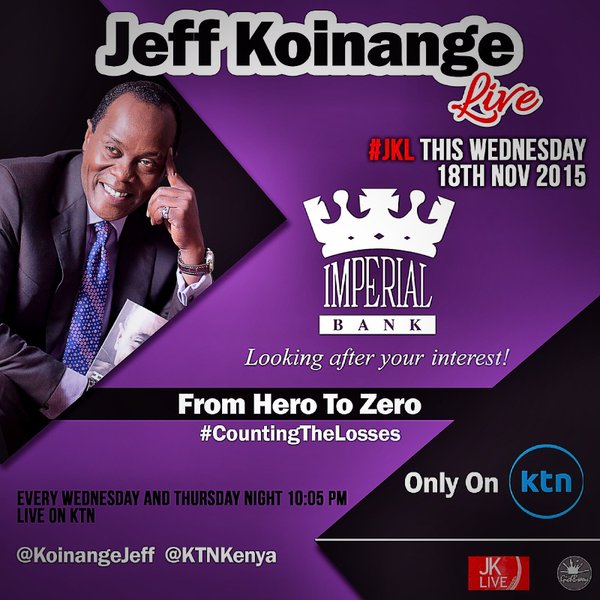 Imperial Bank was shut down by the Central Bank Of Kenya after it was revealed that various fraudulent activities were happening in the bank thanks to the former owner who died. This led to people’s money being locked in the bank.

CBK let people with small deposits have access to their money but those with millions in life savings still have no access. Senior officials of Imperial Bank allegedly siphoned out Ksh34bn between 2002 and 2015. This has left a monetary gap since there is no money to give to the rightful owners. A number of people had put their cash in fixed deposit accounts that paid them interest rates of around 10% per year.

Jeff Koinange hosted 3 different customers of Imperial Bank and they lament their suffering since their life savings have been locked in. Just watch.