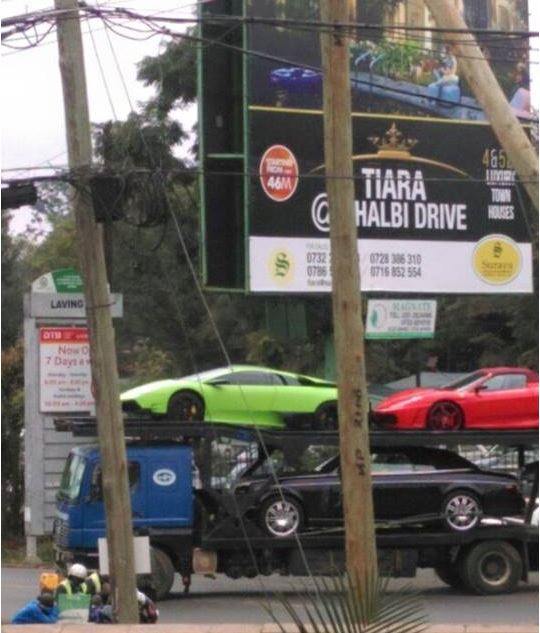 It looks like the tax man never sleeps here in Kenya. Various people who hot the headlines because of money have been looked into to see if they have paid their dues.

The flashy green Lamborghini and the red Ferrari that have been dominating out streets have been reportedly impounded by Kenya Revenue Authority due to taxes.

It is alleged that the cars’ bond have expired since they have number plates from Congo. The owners have to take them out of the country pay the bond then re-import them. Well that’s messy.