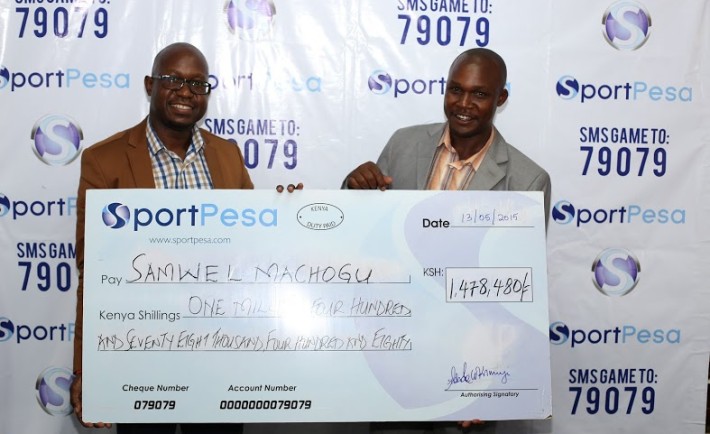 SportPesa is surely one of the best products to hit the Kenyan market for those who love football. This is because you can easily make a lot of money from the site if you are good at making predictions. If you ain’t lucky, am sorry but you will be flat broke after it swallows all your money.

SportPesa has a weekly jackpot that leaves millions of football lovers salivating. Most of the times the total amount up for grabs is Ksh8 million and above if you can predict 13 preselected games. If you are able to predict 10 or more predictions you still get a slice of it. 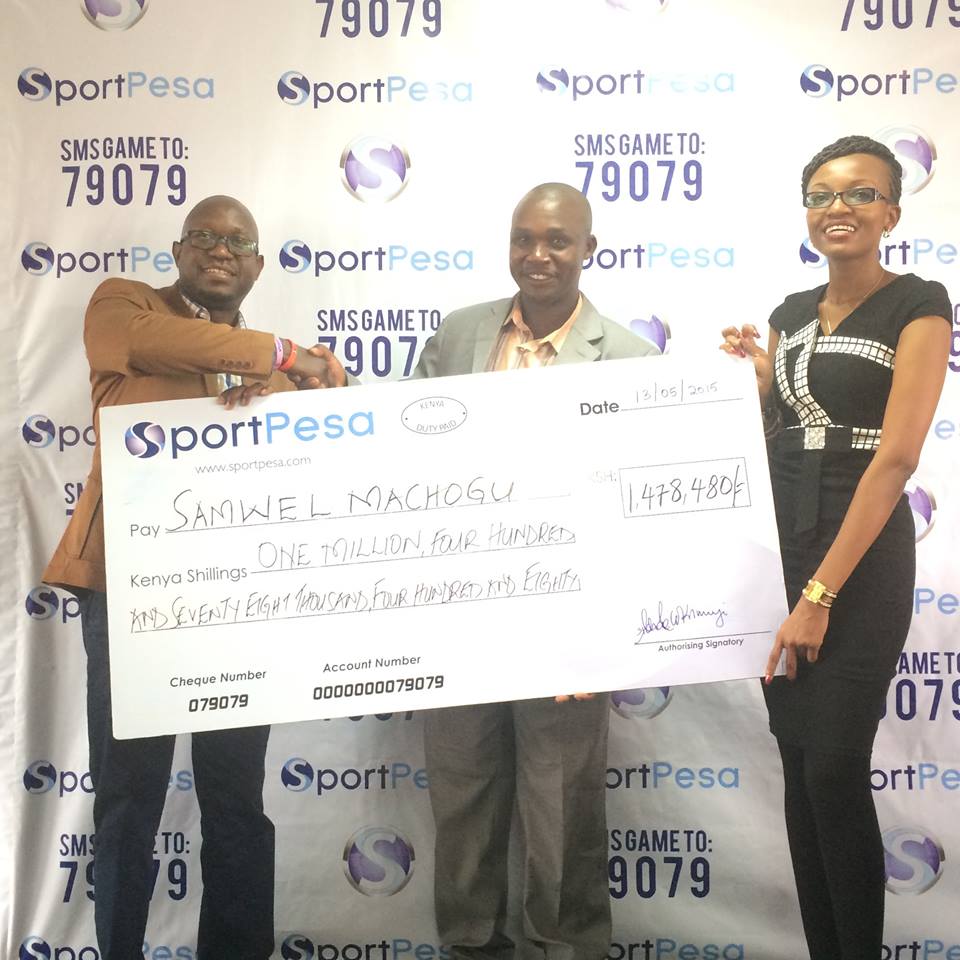 Mr Samwel Machogu, a maths teacher in Kisii, was able to bag Ksh1,478,480 after betting Ksh100 and predicting 12 out of 13 jackpot games. Just 1 game short of the ultimate prize. Here is what he had to say,

“When I got 9 games correct, I was anxious and could not sleep. I had to wait and see if I would get the 10th prediction correct. Alas, I had. I tried to wake up my wife to tell her the good news but she did not respond.

“By this point, I had lost only on the Aston Villa vs West Ham game as I had predicted that West Ham would win.
The final two games were playing concurrently at 10PM and I kept checking the results of the two matches
fingers crossed. By the time Marseille beat Monaco 2 – 1 and Celta vigo Drew with Sevilla, I was at my wits end as I had predicted the same.”

I kept checking my bet to be sure that these were the results I had predicted. After a few minutes, I received the notification message from 79079 that I had won Kshs 1,478,480. I went to inform my wife who was still asleep, she could not believe it until she read the SMS. She was so happy.
Our plan is to invest in a pool table game so that the people that play can earn money just the same way SportPesa made me earn this money,” said the excited Machogu.

“I will first of all give 10% to God since He is the one that enabled me win this money. Winning is real with SportPesa, unlike the other pyramid schemes. I was actually conned through a pyramid scheme and was very hesitant to participate with SportPesa. Only after seeing my friends win and have the money instantly credited in their SportPesa account did I gain trust and decided to play. I am an Arsenal fanatic. I will continue to bet with SportPesa, as I eye the Jackpot,”

Congratulations to him and enjoy the money.