One of the internet’s biggest revenue streams, advertising, is slowly getting choked. This is the one thing that keeps the internet free. The number of users using the software adblock is on a rapid rise.

This means that a number of ads aimed at consumers are not reaching their screens. There are currently more than 200 million people all over the world who regularly use ad-blocking software in their devices. Initially this software was mostly used on desktop and laptop computers but now its moving to mobile devices. 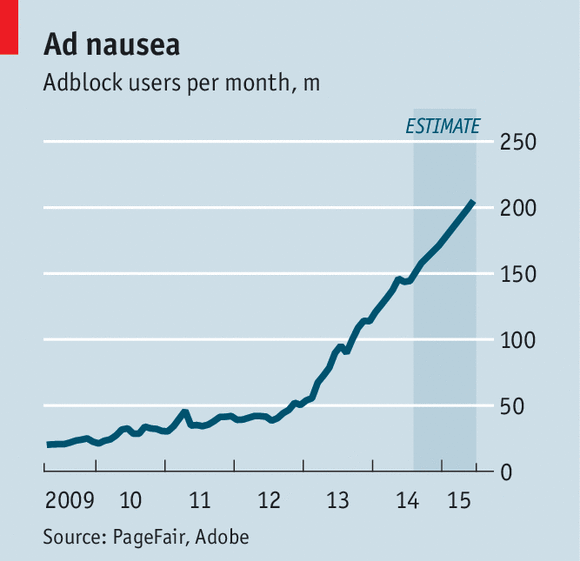 Video ads that automatically play and pop up ads are the advertising formats that annoy users which tend to push them to use the software. This is common among the young consumers. The practice cost $10.4 million a year in web revenues.

Website publishers are now hitting back at consumers using adblock. Hulu, an online video service, now block anyone who tries to block its ads. Eyeo has been sued by many media groups in Germany. Google has cut a deal with Eyeo to have it ads included in the firm’s whitelist. The search engine giant also banned any ad-blocking software from its Android Playstore since they interfered with the working of other apps.