There is something very primal about putting something sweet and rich and creamy and good into your mouth and simply resigning yourself to the short but complex sensation of pure ecstasy that it makes. This is probably because that these sweet sensations are not that old for the human palate, and we are not going back to being satisfied with salty prairie oysters. No, we have fallen in love with all stuff confectionery, and there is nothing to do but comfort ourselves with a lifetime supply of Smarties or a chocolate fountain, as hard to bear as that might be.
People love out sugary delights until the makers of our candy obsessions have grown incredibly wealthy from our uncontrollable addiction. In fact, they are one of the most richest of any food industry producers, and for a good reason; we need more and more of that sweet, sweet heaven. With that in mind, let us take a look at the top 10 richest candy makers in the world. 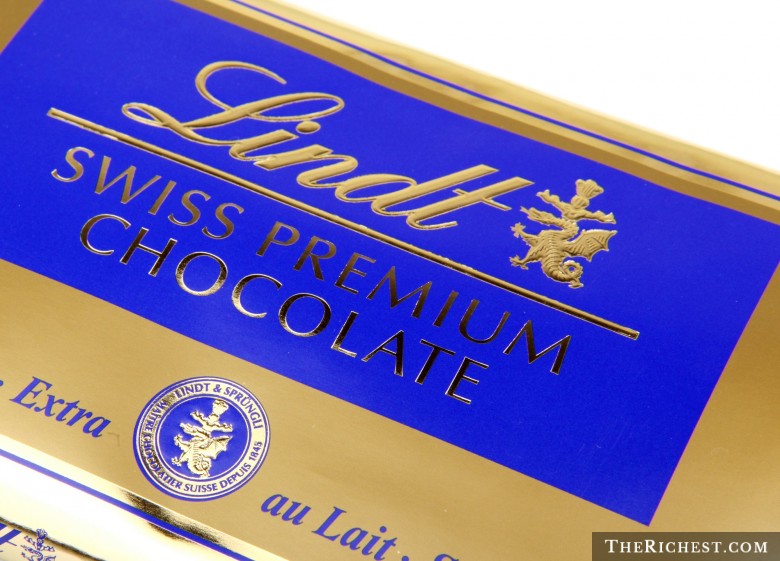 Legend has it that in the year 1879 while working with a process to change what was then a hard, chewy chocolate chore to a smooth, melt in your mouth cocoa orgasm, a mixing machine was left running accidentally one weekend, and they came up with a rich and deliciously creamy chocolate fondant that was not hard to form into bars, had a long shelf life and became popular really quickly.
By the ear 1898, Rudolph Sprungli, another Swiss chocolatier, bought interest in Lindt’s company, which included the Lindt’s recipes, products, factories and trademark, with Rudolph paying an outstanding 1.5 million gold Francs for the privilege. It turned out to be a smart investment since Lindt and Sprungli has become one of the planet’s premiere chocolate makers, famous for its decadent, mouth watering goodness that saw profits to be $3 billion in 2014. 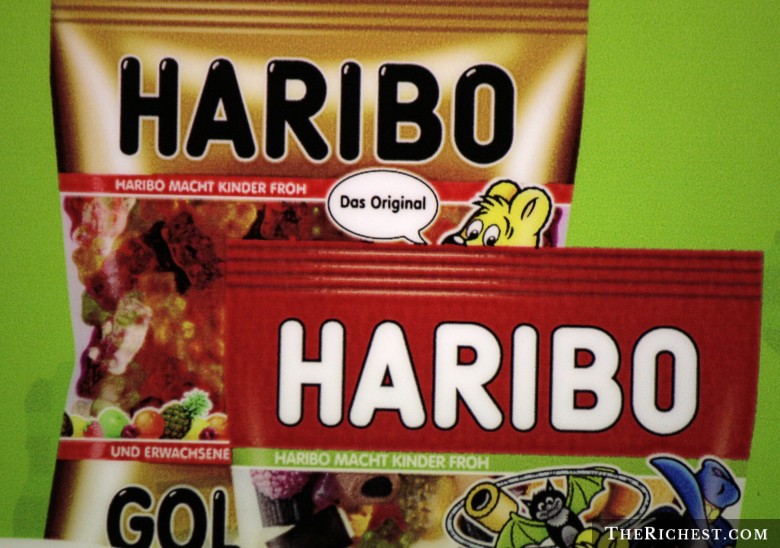 German candy maker Hans Riegel trademarked his company name Haribo, which was an acronym for ‘HAns,’ ‘RIegel’ and his birthplace ‘BOnn,’ in 1920. Only two years later he would make a fruit gum candy inspired by the trained bears seen in German circuses that would turn into the company’s symbol, The Dancing Bear, which we are used to calling gummy bears.
The confection was really well known and is still one of its best sellers. More success came in 1935 when they introduced the Licorice Stick (cleverly stamped with the company name) and the Licorice Wheel, actually a roll of licorice strip that kids could peel off, together with the The Black Bear and Teddy Bear gummy products.
In 1945, Riegel passed away leaving his wife Gertrud to take care of his business until sons Paul and Hans Jr. were freed from Allied P.O.W camps and came back to Germany in 1946. They introduced The Golden Bear in 1960 which replaced their Dancing Bear product as company icon and top seller. With a wide variety of products the company is Germany’s best-selling candymaker, bringing in close to $3.2 billion in 2014. 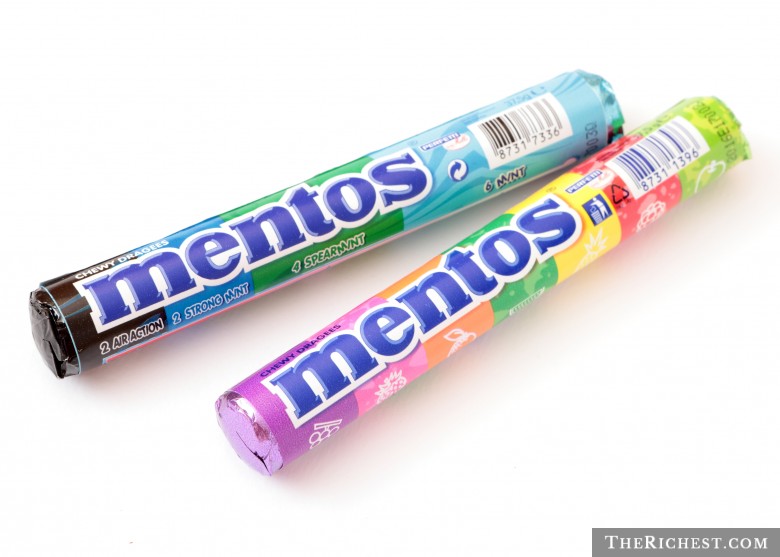 The company originated back in the Netherlands where in 1841 Izaak van Melle created a local bakery in Breskens which was changed in 1882 to a confection factory by his son Abraham. In 1900, Abraham’s son Izaak expanded and modernized the business, and for the next three decades he travelled the world sampling candies and conducting experiments with new products and manufacturing techniques for the van Melle company.
He introduced what would later become popular as Fruitella and Mentos in 1932, which stay among the company’s biggest sellers. Meanwhile, in 1958, Eric Bernat, a Spanish confectioner whose family’s Perfetti company was a well established candy maker, had transformed the industry by creating the planet’s first lollipop, what would soon be known as Chupa Chups (from the Spanish ‘chpar,’ to suck).
A little known fact is that today’s famous ‘daisy’ logo on Chupa Chups is an update from 1988 on the first design by Salvadore Dali in ‘58. As it may seem hard to believe, no one had the idea of putting candy on a stick before this. The two companies finally come together in 2001, which made them the largest confection producer in Europe at that time, with sales coming close to $3.3 billion this year. 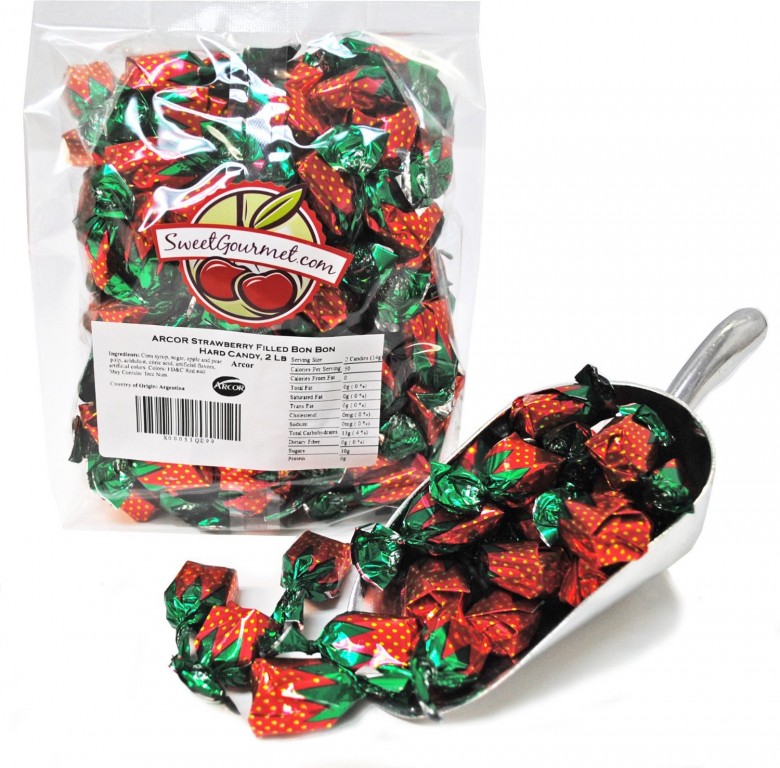 In 1951, the company was created in Cordoba, Argentina by a group of friends (Mario Serveso and Enrique Brizio) and brothers (Fulvio, Renzo and Elio Pagani and Modesto, Pablo and Vincente Maranzana); (AR from Argentina and COR form Cordoba). During the late 1960s they were the largest confection maker in South America and were quickly moving into the U.S., Mexico and European markets. Though not that well known outside Latin America, the products made by the company are loved in its native climates. With a large products of line of products such as chocolates, sweets, fruit bars, ice cream treats and beverages sold in more than 60 countries all over the world, Arcor is an industry giant, accumulating up to $3.7 billion in 2014. 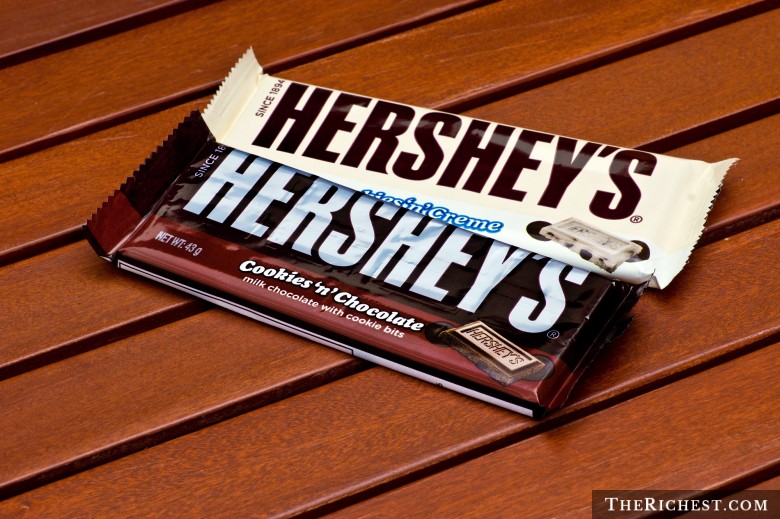 The iconic American chocolate company started in 1886 when the Lancaster Caramel Company was founded by Milton Hershey in Lancaster, P.A. He had been working with a process to add chocolate coating to his caramel candy, and after years of trying, he succeeded in 1894 and thus the birth of the Hershey Chocolate Company.
Quickly selling his caramel business to focus on cocoa, Hershey had a stroke of marketing genius to sell his chocolate as a standardized, solid form which was not hard to make and was favourable for customers. He came up with the immortal Hershey bat which has been here since 1900 and is literally as American as apple pie. He made the Hershey’s Kiss in 1907, being so far submerged in the product he even personally designed its trademark shape and packaging.
Hershey passed away in 1945, however, the company has grown exponentially, acquiring the H.B. reese candy Company in 1963, creators of Reese’s Peanut Butter Cups, together with other products. With such famous items as Whoppers Malted Balls,Tastations,York Peppermint Patties, Twizzlers, Sweet Escapes and Reese’s Pieces, Hershey’s is generally among the biggest candy makers in the United States, bringing in more than $7 billion this year alone. 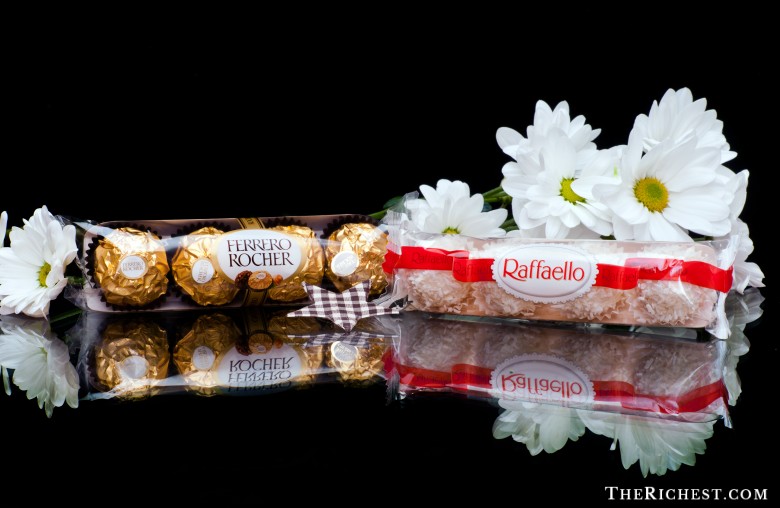 Ah, si, Ferrero…a tutti.
The organization’s chocolate roots go back to the early 1940s when Michele Ferrero extended his modest confection business which was at one time the family-run bakery shop in Alba, Italy. By 1946 they had registered the organization name as Ferrero SpA and developed their ‘pasta gianduja,’ a tasty blend of creamy cocoa butter and roasted hazelnuts named after the Italian staple food and a local carnival character which in 1954, they changed its name to Nutella.
The company created Kinder Chocolate in 1968, individual squares of chocolate with a milky cream filling, their response to mothers looking for a more nutritional snack for their kids, and their notable Kinder Surprise in 1974, that features a hollow milk chocolate eggshell with a white chocolate covering and an one of a kind toy that often needs assembling. Their signature luxury Ferrero Rocher and Raffaello chocolates, their Tic Tac brand sweets and natural fruit flavoured teas have all come together to push the company’s incomes to about $11 billion in 2014. 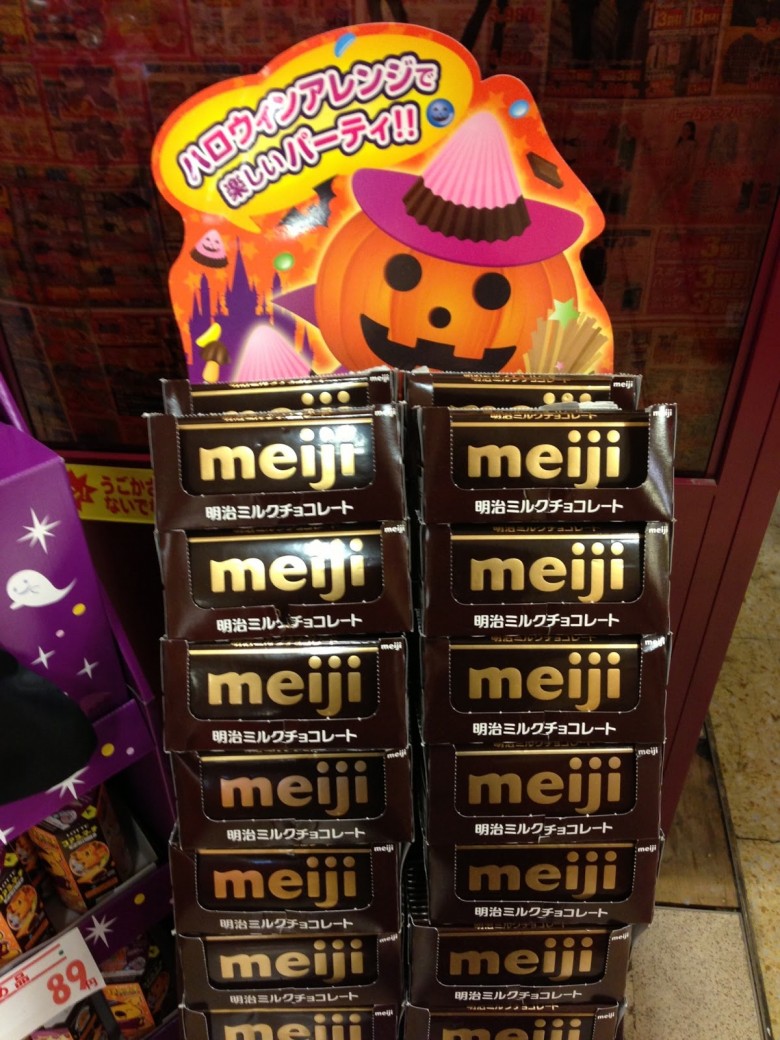 The organization’s humble origins started in Tokyo in 1906 when the Meiji Dairy Corporation and Meiji Sugar Company Ltd started a ten-year relationship that would prompt their development of the first condensed milk item sold in Japan in 1917.
By 1924 they had changed the organization name from Kyokuto Condensed Milk Co. Ltd. to Meiji Seika Kaisha, Ltd and afterward back to Meiji Dairy Corporation. After two years had passed they started to present a number of what have get to be iconic Japanese products; powdered milk, candy, milk chocolate bars, baby formula, cocoa powder, butter, beverages, savouring snacks, yogurts, margarine and sport nutrition drinks.
Currently Meiji is one of Japan’s biggest companies with its food division bringing in a whopping $11 billion this year. Domo arrigato. 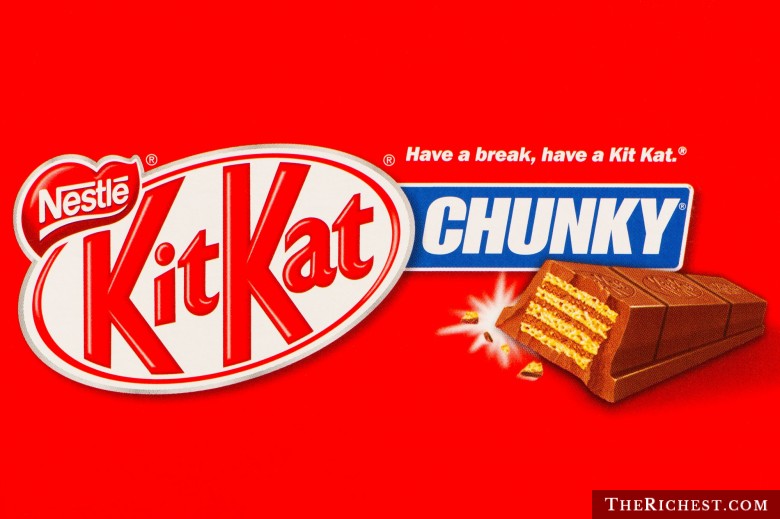 ‘N… E… S… T… L… E..’s… Nestle’s makes the absolute best… profits!’ A minor variety on their memorable ad campaign, however it should be genuine, on the grounds that the organization is an industry Titan.
In the early 1860s Swiss pharmacists Henri Nestle has been refining the development of infant formula that he was working on for years. He had also started a new a friendly relationship with a young next door neighbor as well as a confectioner by the name of Daniel Philip as their breakthrough came in his development of a manufacturing strategy that will drained the extra milk curds in chocolate that greatly discouraged mildew and , and his business can be absorbed through Nestle prior to the turn of a century.
At the same time in the United States, brothers Charles and George Page had set up the Anglo-Swiss Condensed Whole milk Business in 1866. 12 months later Nestle had his breakthrough with the good results from his baking formula constructed from sugar, milk and wheat flour which in turn he named as ‘farine lactee’ or ‘milk flour. ’ even though Nestle himself would sell his Nestle Business in 1875, his formula started an intense ages long rivalry with all the Page brothers for worldwide dominance inside the quickly developing markets of dairy as well as baby products. Ultimately each businesses would merge in 1905 to become the Nestle and Anglo-Swiss Condensed Whole milk Business, for some un-Godly motive, along with wasn’t officially known as ‘Nestle’ till 1977, believe it or not.
Today Nestle creates some of the world’s most famous brands and products and brands like Carnation Evaporated Milk, Dreyer’s ice cream, Kit Kat, Milo, Nesquik,Gerber baby foods, Coffee Mate, Stouffers foods, Nescafe, Lean Cuisine and Purina pet foods. A steady innovator and industry leader, Nestle sits in third place on the rundown with over $11.7 billion in profits for 2014. 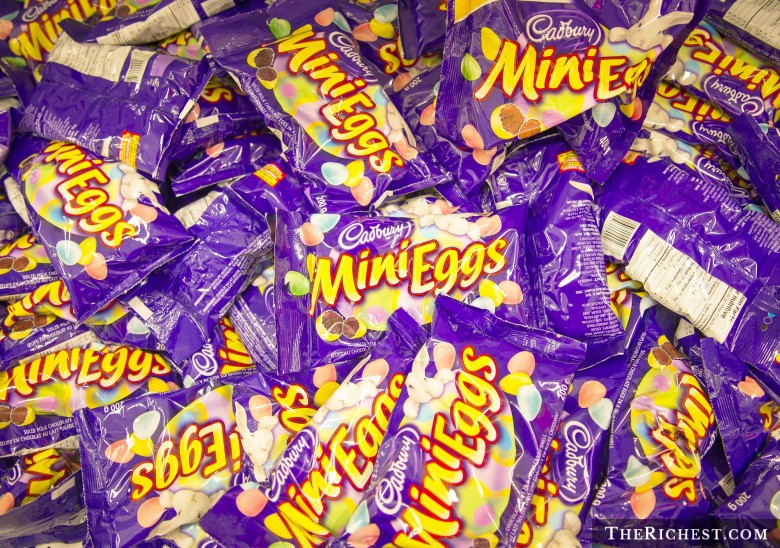 One of the biggest multinational companies on the planet, Mondelez has been in business since 1923 when it was established in the United States as The National Dairy Products Corporation. A consistent policy of dozens of acquisitions throughout the following decades saw them absorb 55 different firms, like the most significantly Kraft Foods, and by 1969 its name changed to Kraftco Corporation.
Today Mondelez makes some of the business’ most well known product lines, for example, Nabisco, Christie,Cadbury, Chiclets and Toblerone chocolates. In 1988 the Phillip Morris organization purchased Kraft for $12.9 billion and in 1995 the Kraft name was changed yet again to Kraft Foods Inc.
While maybe not that famous as some of the other manufacturers listed here, you cannot deny that Mondelez is an industry beast with some of the world’s most popular foods, snacks and beverage items that saw them acquire more than $17.5 billion this year. Not bad for a producer few people have even heard of. 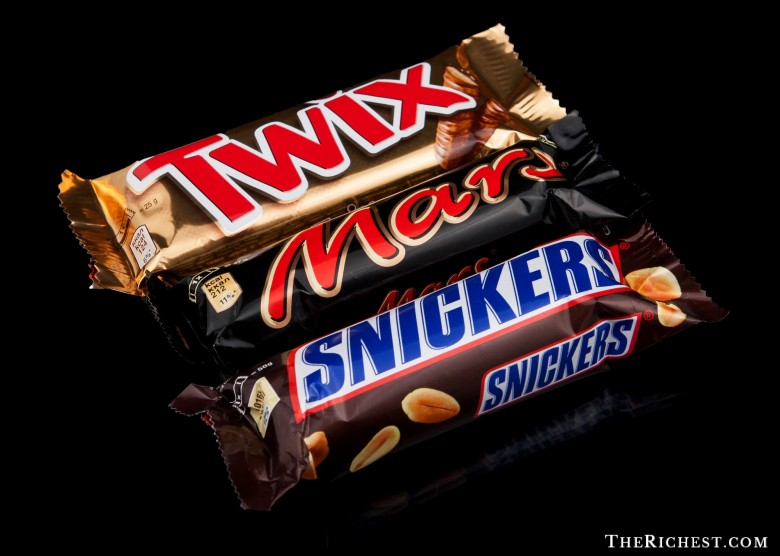 The top revenue maker for the confection industry in 2014 is America’s Mars Incorporated, another colossal food conglomerate. Founded in 1911 by Frank Mars in Tacoma, WA who started making butter cream candy at his home, the organization released its Milky Way bar in the early 1920s and it was an immediate success, so much that the organization moved to a bigger US factory in 1929.
In 1930 it was the Snickers bar which proven even more popular, trailed by Three Musketeers two years later. By 1932 Mars had moved a piece of his operation to England, following 5 principles he believed were deficient in the growing field of major commercial food production; Quality, Responsibility, Mutuality, Efficiency and Freedom, and these have been and will keep on being the guiding lights of the company’s prosperity.
Nowadays Mars makes some of the most well known confections, snacks, food and beverages on the planet; M&M’s, Malteasers, Uncle Ben’s Rice, Bounty, Wrigley’s gum, Twix, Skittles and pet food. This has seen Mars make $33 billion in profits in 2014, taking our number one spot as the richest candy maker on the planet.
Now where’s my damn cocoa? Someone needs to get their chocolate on…