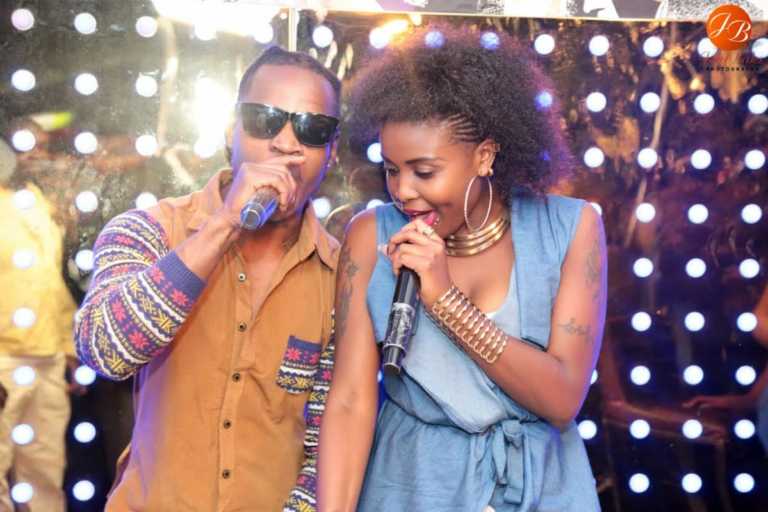 Popular Kenyan rapper Timmy Tdat was recently spotted showering his ex girlfriend Kush Tracy with thousands of cash during her birthday. The event was held at Blend and several celebrities were in attendance.

Rumor has it that the pair could rekindle their romance after breaking up some months back. The two had been dating for a number of months but after breaking up Tracy threw shade at Timmy stating that he was poor in bed.

Kenyan Rapper TIMMY T DAT Makes It Rain At Kush Tracey’s Birthday _______________________________________________________ Kenyan musician Timmy TDat was caught in a video over the weekend effortlessly spraying wads of cash at her ex lover Kush Tracey during her birthday party. The birthday party which was held at Blend had several celebrities in attendance. The two, KUSH & TIMMY didn’t leave much to imagination as video of Tracey grinding Timmy during the party started doing rounds on social media. The move by the notorious rapper whom recently released his new song titled ‘Kitambo’ hinted that the pair could be rekindling their flame, barely months since they bitterly split. By @sameerbry