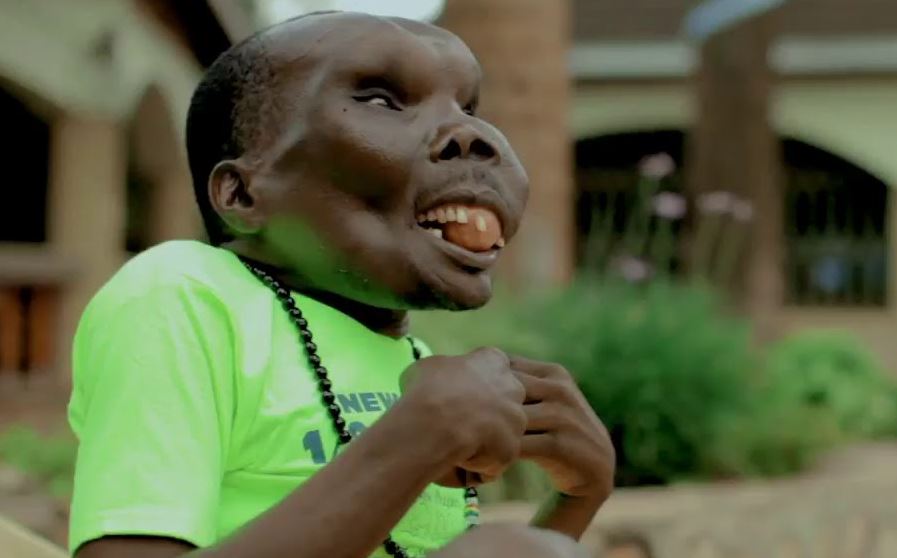 Uganda’s ugliest has more game than most of you. Godfrey Baguma is becoming a dad for the eighth time. He is also known as Sebabi which means “ugliest of them all” 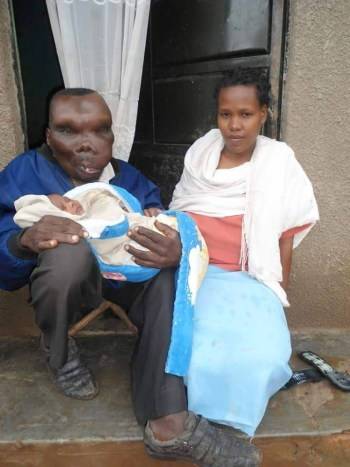 Her is 47 years old and married his second wife Kate Namanda in 2013. He has 6 kids from the second marriage and 2 from the first marriage. He broke up the first marriage because he caught his wife cheating with another man. This is what he said about her:

Sebabi met Namanda when she was 18 through his aunt. He stayed with her for four years before he met her family since he didn’t want her family to advice Namanda to leave him since he was ugly.

When Namanda was 6 months pregnant she left but came back 2 months later. They then got married in 2013 in his hometown Kyazanga. 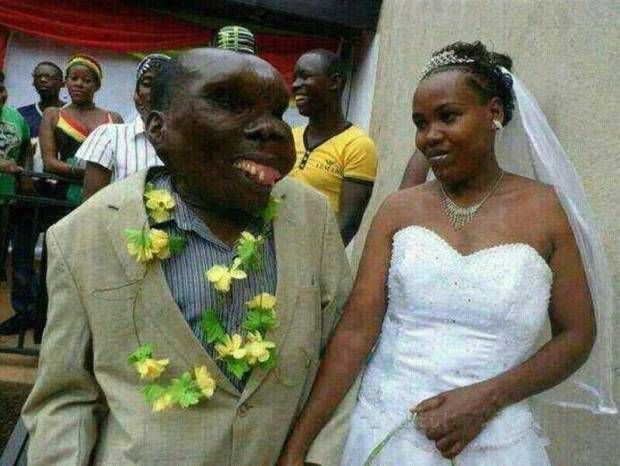 Sebabi used to be a cobbler but now earns through appearing at events since many people want to see what he looks like. He has also started a musical career but doesn’t sing on stage because people would just stare.